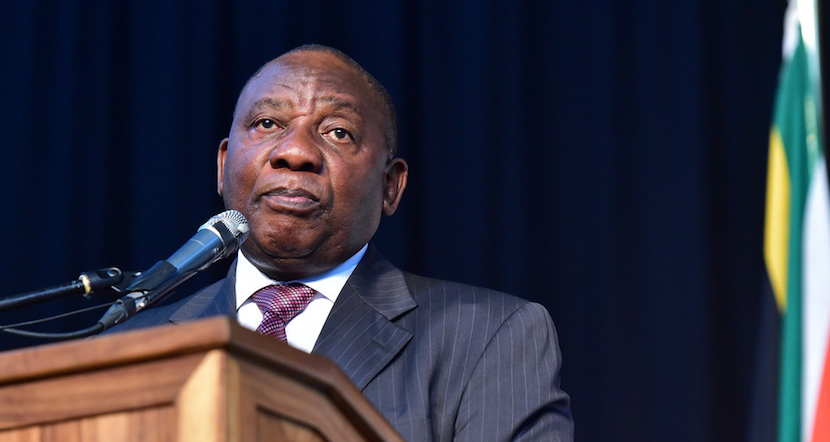 Having worked inside the flag bearer of SA’s “Holy Shit!” journalism, I’m sceptical about what appears as news in Sunday newspapers. It’s been supported lately by that series of outrageously fake articles on the SARS “rogue unit” and, more recently, the sale of the ANC’s Luthuli House that never was. So I read yesterday’s “expose'” of deputy President Cyril Ramaphosa’s alleged extra marital affairs with little conviction.

It looks like an ideally timed hatchet job by his political enemies. For many South Africans, well-read Ramaphosa offers the best hope the country has of excising the cancer of patronage perfected by the Gupta family and widely practised within the “Traditional” faction of the ANC. So an attack was always likely. But the timing is what really interests me as it provides the perfect distraction for a potentially far more sinister event.

On Friday, former State Procurement Tzar Kenneth Brown‘s hand picked successor, Schalk Human, was quietly ejected from this critical post of overseeing SA’s R500bn in annual public sector spending. Last December when I quizzed the departing Brown on his succession plan, he admitted to having agonised over it but assured me his long-time colleague Human had acted for six months while he was away on sick leave and was “seasoned…I think we’re in good hands.”

Nine months later, Human has unwillingly followed his former boss out the door. He has been replaced by Willie Mathebula, the low profile chief director of supply management at National Treasury. For SA’s sake, let’s hope the man now holding the key to this chest of unimaginable treasure for plunderers grows into the office. And choses the path of fiercely independent Chief Justice Mogoeng Mogoeng rather than that of disappointing new Public Protector Busisiwe Mkhwebane.