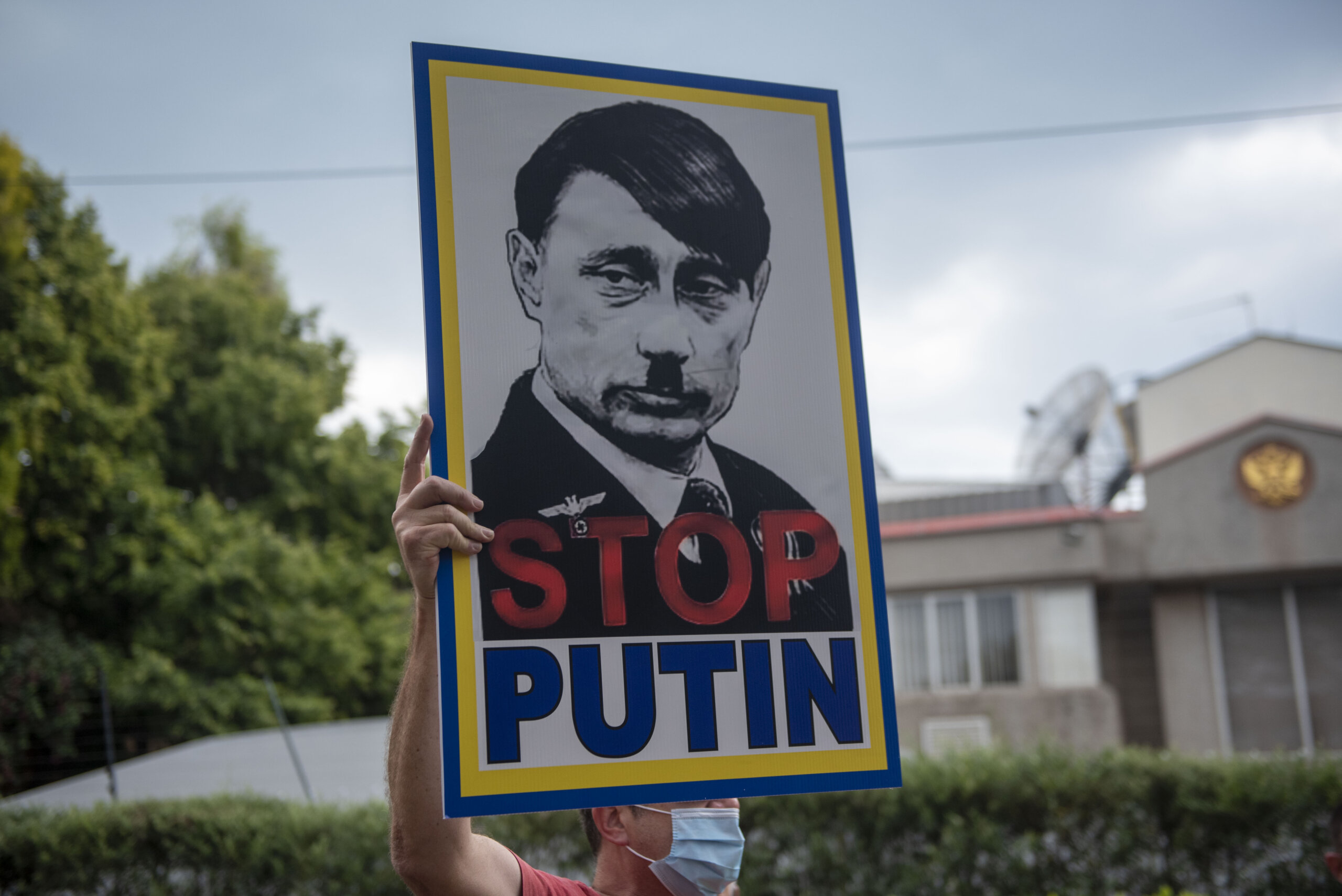 In politics, perception is reality. And the reality is we have the governing party and its deployees in government, as well as the chief of the SANDF, seemingly ingratiating themselves with the new skunk of the world, Russia. While world leaders were scrambling to release statements of condemnation against Vlad’s warmongering and invasion of Ukraine, our top brass was hobnobbing at a cocktail function at the Russian Embassy in Pretoria last week. What was the occasion? According to the invite, it was the ‘Russian Motherland Defender’s Day’ celebration. Perusal of the internet points to something called the ‘Defence of the Fatherland Day’, celebrated every year on 23 February dating back to 1919 after the Red Army was established a year earlier. These are two terms for the same holiday it would appear. The cocktail reception in question took place on 24 February, a day after the national holiday in Russia. South Africa is no bastion of moral leadership or diplomacy in the world, but for heaven’s sake, any International Relations 101 student at university would be able to tell you attending such a cocktail party is utterly tone-deaf. Here is a link to the limp-wristed statement from the Department of International Relations and Co-operation (Dirco); the one that hasn’t been retracted by the ANC for being too condemnatory of its Russian brethren. If you’d like a go at losing your breakfast, have a read of what the ANC’s International Relations Sub-Committee had to say in the tweet below.

@MYANC concerned by the rapid escalation of conflict between Russia and Ukraine. pic.twitter.com/vTa0Ejh2Wy

For a political party that keeps on wanting to advocate for fence-sitting and neutrality, their fence leans quite heavily to the left I wager. I reached out to the Department of Defence and Military Veterans to confirm whether this stinging statement below from the leader of the DA is warranted.

This was the department’s response to BizNews:

“We confirm that the Minister of Defence and Military Veterans, her Special Advisor, Mr Tsepe Motumi and the Chief of the South African National Defence Force, General Rudzani Maphwanya attended the Russian Motherland Defender’s Day on the said date, as invited by the Russian Ambassador. This is integral to the fulfilment of defence international affairs, of which the defence establishment has several with many other countries. The Russian Motherland and Defender’s Day is an annual event to which the diplomatic, defence and business communities are always invited. We have no comment to make on the statements made by the official opposition.”

Now that their attendance is no longer in doubt, here’s John Steenhuisen’s take on it all. – Michael Appel

On the day of Russia’s invasion of Ukraine – 13 hours after the invasion had begun, to be precise – the ANC Minister of Defence and Military Veterans, her department’s special advisor, and the Chief of the South African National Defence Force (SANDF), among others, attended a cocktail function at the Russian ambassador’s residence in Pretoria in honour of the Russian Defence Force.

The event, hosted by the Russian ambassador to South Africa, Mr Ilya Rogachev, and the Russian Defence Attaché, Colonel Dmitriy Priimachuck, was boycotted by all NATO member countries. But this did not stop Minister Thandi Modise, her Director General’s special advisor Tsepe Motumi, and the Chief of the SANDF General Rudzani Maphwanya, in full uniform, from clinking glasses and sipping champagne as they celebrated the power of an army that had just invaded its neighbour that very morning.

At a time when the world has chosen to stand united in its condemnation of Russia’s war declaration on a sovereign nation – when the staunchest Putin allies such as the Hungarian Prime Minister and the Czech President have turned against him, and when even China felt it had to abstain from a UN Security Council vote rather than support Russia – our own ANC government could not scramble fast enough to the wrong side of history.

The grotesqueness of this gesture cannot be overstated. Imagine raising a glass to the might of the German army at the German embassy on the day that Hitler invaded Poland.

To make this situation worse, this cocktail event took place only two hours after the Department of International Relations and Co-operation (DIRCO) had issued a statement calling for Russia’s withdrawal from Ukraine; a statement which has apparently incensed the ANC and President Ramaphosa. They have since rebuked DIRCO and made attempts to patch their relationship with Russia.

So now we have a DIRCO Minister, Naledi Pandor, who seemed to sing entirely from the Russian hymn sheet in her SONA debate speech, only to have this reversed by her department in calling for a Russian withdrawal. But this was then immediately contradicted by the attendance of her ANC colleagues at an event glorifying the Russian invasion, and a complete row-back by the presidency on the DIRCO statement.

Today, on #23February, #Russia celebrates the Defender of the Fatherland Day (previously known as Russian, Soviet/Red #ArmyDay) We honour and extend our sincerest congratulations & best wishes to those who protect Russia’s peace, independence & sovereignty!#23February2022 pic.twitter.com/FfepVnLSrg

So what is it then? Where do the ANC government and President Ramaphosa stand on the Russian invasion of Ukraine? How can the one hand not know what the other is doing during a major global crisis? Every other world leader has somehow found it possible to state a clear position. Why have we not heard from President Ramaphosa, in absolute and unambiguous terms, where he stands?

Russia is now a global pariah state thanks to the ruthless warmongering of its despotic leader. It has run out of friends and allies, and rightly so. Except down here in South Africa, where you will still find the last lonely outpost of support for a brutal regime that has no regard for international law or the sanctity of life. The ANC could not embarrass us more on the world stage if it tried.

It is unacceptable that President Ramaphosa allows this confusion to continue, and our country’s image to be dragged through the mud. The DA calls on him to immediately address the nation – and the world, for that matter – stating his and his government’s position on the invasion of Ukraine by the Russian Federation under Vladimir Putin.