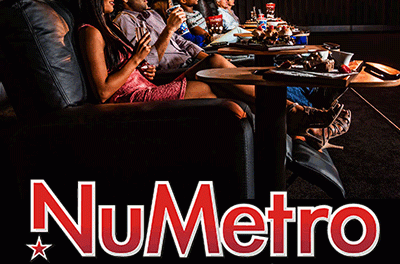 Nu Metro had roughly a third of the SA movie-going market, operating 17 cinema complexes with 168 screens. The sale has been under negotiation for some months after being identified as a non core asset by Times Media’s new CEO Andrew Bonamour.

In the 2013 annual report, when explaining why Nu Metro would be sold Bonamour described it as a business which “lacks the required synergies and returns on investment in a media focused group.”

In the 12 months to end June 2013, Nu Metro generated turnover of R414m and reported EBITDA of R15m, up 150%. But at a trading level it lost R3m before extraordinary items. The numbers were helped by 2012’s closure of four unprofitable sites and the re-opening of two revamped cinemas. 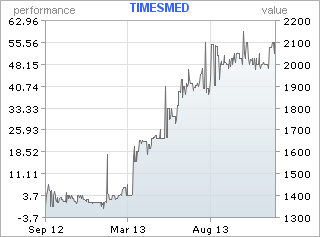 Bonamour said in the report that  2014 was expected to be a strong growth year after the conversion to digital of all the projectors and the installation of a new management team. As part of the turnaround strategy, Nu Metro has been introducing luxurious VIP cinemas featuring fully reclining leather seats.

@alechogg not even my @sktheatres movie club card makes me want to go more often. #3D movies are the only thing worth the effort.

OneFiftyCapital is very confident it has bought the business cheaply. Its website values Nu Metro at R90m. OneFiftyCapital has also negotiated attractive payment terms: R50m in cash will be paid once the transaction has been officially concluded but the balance only settled during the next two years.

Times Media previously sold its 51% in the Monte Casino cinema to Tsogo Sun for R20m; and a 50% share in Three Groups Cinemas for R18m. That brings  total receipts from the now disposed movie business to R113m.