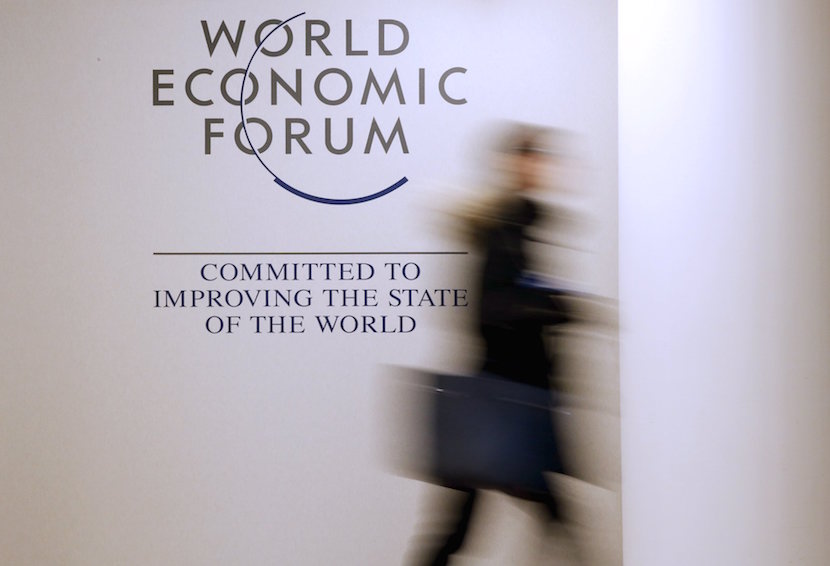 It’s the shock value more than anything when one refers to the ocean. And the report below says that by 2050, oceans are expected to contain more plastics than fish by weight. The World Economic Forum’s report looks at the specifics behind the plastics industry, highlighting that most plastic packaging is only used once, with 95% of the total value of the packaging material, $80-120 billion, lost annually. And before plastic becomes an everyday site for ocean viewers, there needs to be a systemic shift as plastic is the workhorse material of the modern day economy. – Stuart Lowman

Issued by the World Economic Forum

Davos-Klosters, Switzerland, 19 January 2016 – The current system by which we produce, use and dispose of plastics has important drawbacks: plastic packaging material with a value of $80 billion-$120 billion is lost each year. Aside from the financial cost, by 2050, on the current track, oceans are expected to contain more plastics than fish (by weight), according to a new report released today by the World Economic Forum and the Ellen MacArthur Foundation, with McKinsey & Company as a knowledge partner, as part of Project MainStream. The New Plastics Economy: Rethinking the Future of Plastics provides for the first time a vision of a global economy in which plastics never become waste and outlines concrete steps towards achieving the systemic shift needed.

The report is underpinned by the principles of the circular economy – an economy that aims to keep materials at their highest value at all times. Assessing global plastic packaging flows comprehensively for the first time, the report finds that most plastic packaging is used only once; 95% of the value of plastic packaging material, worth $80 billion-$120 billion annually, is lost to the economy after a short first use. The New Plastics Economy, outlined in this report, envisages a fundamental rethink for plastic packaging and plastics in general – a new model based on creating effective after-use pathways for plastics; drastically reducing leakage of plastics into natural systems, in particular oceans; and finding alternatives to crude oil and natural gas as the raw material of plastic production.

“This report demonstrates the importance of triggering a revolution in the plastics industrial ecosystem and is a first step to showing how to transform the way plastics move through our economy. To move from insight to large-scale action, it is clear that no one actor can work on this alone. The public, private sector and civil society all need to mobilize to capture the opportunity of the new circular plastics economy,” said Dominic Waughray, Head or Public-Private Partnership, World Economic Forum.

The New Plastics Economy: Rethinking the Future of Plastics Report

The report, produced as part of Project MainStream, a collaboration between the Ellen MacArthur Foundation and the World Economic Forum, with analytical support from McKinsey & Company, finds that the use of plastics has increased twentyfold in the past half-century and is expected to double again in the next 20 years. While plastics and plastic packaging are an integral part of the global economy and deliver many benefits, the report shows that their value chains currently entail significant drawbacks.

“Linear models of production and consumption are increasingly challenged by the context within which they operate – and this is particularly true for high-volume, low-value materials such as plastic packaging. By demonstrating how circular economy principles can be applied to global plastic flows, this report provides a model for achieving the systemic shift our economy needs to make in order to work in the long term,” said Dame Ellen MacArthur, Ellen MacArthur Foundation.

Achieving the systemic change needed to shift the global plastic value chain will require major collaboration efforts between all stakeholders across the global plastics value chain – consumer goods companies, plastic packaging producers and plastics manufacturers, businesses involved in collection, sorting and reprocessing, cities, policy-makers and NGOs. The report proposes the creation of an independent coordinating vehicle to set direction, establish common standards and systems, overcome fragmentation, and foster innovation opportunities at scale. In line with the report’s recommendations, the Ellen MacArthur Foundation will establish an initiative to act as a cross-value-chain global dialogue mechanism and drive the shift towards a New Plastics Economy.

“Plastics are the workhorse material of the modern economy – with unbeaten properties. However, they are also the ultimate single-use material. Growing volumes of end-of-use plastics are generating costs and destroying value to the industry. After-use plastics could – with circular economy thinking – be turned into valuable feedstock. Our research confirms that applying those circular principles could spark a major wave of innovation with benefits for the entire supply chain,” said Martin R. Stuchtey, McKinsey Center for Business and Environment.

The report’s findings are timely: knowledge and understanding of the circular economy among business leaders and policy-makers is growing, as demonstrated by the European Commission’s recent circular economy package and associated funding announcements; new technologies are unlocking opportunities in material design, reprocessing and renewable sourcing; developing countries are investing in after-use infrastructure; and governments are increasingly considering – and implementing – policies around plastic packaging.

The New Plastics Economy: Rethinking the Future of Plastics report was produced by the World Economic Forum and Ellen MacArthur Foundation as part of Project MainStream, a multi-industry, global initiative launched in 2014. Analytical support was provided McKinsey & Company, and financial support by the MAVA Foundation. MainStream is led by the chief executive officers of nine global companies: Averda, BT, Tarkett, Royal DSM, Ecolab, Indorama, Philips, SUEZ and Veolia. Frans van Houten, Chief Executive Officer of Philips, is chairman of the leadership group. It focuses on systemic stalemates in global material flows that are too big or too complex for an individual business, city or government to overcome alone, as well as on enablers of the circular economy such as digital technologies.