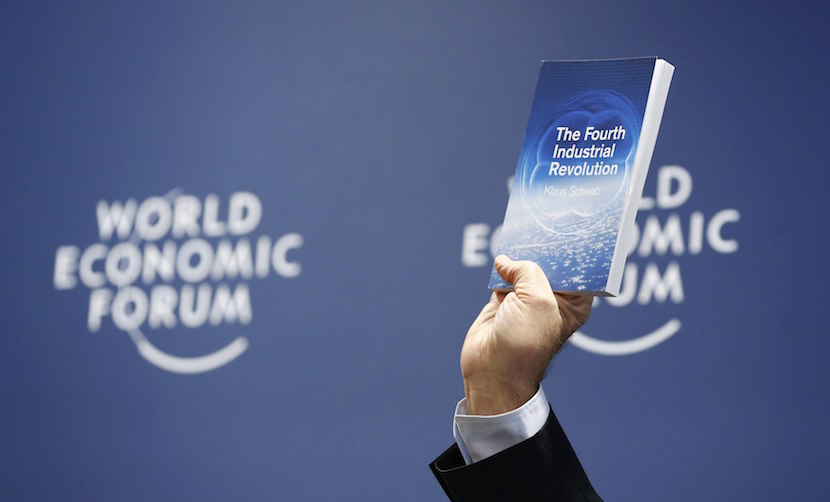 Rise of the Robots may spark fear in the eyes of most, as this desire for efficiency and cost cutting takes preference over human needs. This discussion will form the basis of most of the discussion at this year’s World Economic Forum in Davos as they debate the Fourth Industrial Revolution. Global financial services group UBS just released a white paper on the subject detailing developed economies as likely to benefit while emerging economies are likely to suffer in the next revolution. Low and middle skilled jobs will come under threat of replacement, which will further widen the income equality gap. It’s a fascinating yet scary read but there are issues that need to be addressed. The full white paper “Extreme Automation and Connectivity: The global, regional and investment implications of the Fourth Industrial Revolution” is also available. – Stuart Lowman

Zurich, 19 January 2016 – UBS today released a white paper titled Extreme automation and connectivity: The global, regional, and investment implications of the Fourth Industrial Revolution at the World Economic Forum Annual Meeting 2016 in Davos, Switzerland. At a panel debate in Davos, UBS Chairman Axel Weber led a discussion on the implications of the Fourth Industrial Revolution based on the research. The paper, authored by experts in economics, investment strategy and emerging markets from UBS`s Chief Investment Office and UBS Investment Bank, concludes that the extreme levels of automation and connectivity achieved through the Fourth Industrial Revolution have the potential to dramatically change the course of economic development and the distribution of wealth. This could have significant implications for global economies, the relative competitiveness of developed and emerging nations and investors.

Axel Weber, Chairman of the Board of Directors, said: “The Fourth Industrial Revolution and the changes it will bring are an appropriate and important topic for discussion at the World Economic Forum. There are two forces – automation and connectivity – that have driven all industrial revolutions, but never at this level of intensity. These two forces will have very different effects on nations, businesses and individuals. Those prepared to adopt practices of economic flexibility will be better positioned to deal with this dynamic future.”

Sergio Ermotti, Group Chief Executive Officer, said: “At UBS we believe in embracing change, rather than fighting it. Our technology lab in London, established in early 2015, is already exploring a range of innovations. These include blockchain, the shared ledger system that underpins Bitcoin and offers the potential to enhance transparency and trust, while reducing transaction costs.”

The four central themes of the UBS White Paper are:

Extreme Automation & Connectivity are Hallmarks of the Fourth Industrial Revolution. While all previous industrial revolutions have been centred on automation and connectivity, today’s technological advancements are enabling us to achieve levels of each that have not been realized before. A unique and differentiating feature of the Fourth Industrial Revolution will be the implementation of artificial intelligence

(AI). AI could make the biggest gains in big data processing, potentially including the processing of language and images and complex decision making.

Increased connectivity poses many potential advantages, but also elevates risks related to cyber warfare and geopolitics. Connectivity increases the risks posed by cyber threats and the magnitude of these threats rises further as a result of networks becoming more connected. Extreme connectivity also fosters geopolitical tensions, as it increases the ability of diverse groups to organize and protest.

Global Economic Consequences. As automation of low skilled jobs increases and this trend spreads to middle-skill jobs, there will be further polarization of the labor force and greater income inequality. Those at the top of the income, skills and wealth spectrums will reap larger gains from this polarization and are likely to be best placed from a skills perspective. The US’ competitive advantages could tighten effective monetary conditions among US dollar-linked economies.

Developed Economies Benefit More than Emerging. Developed economies are likely to be relative winners at this stage, whereas developing economies face greater challenges as their abundance of low-skill labor ceases to be an advantage and becomes more of a headwind.

Economies with the most flexible labor markets, educational systems, infrastructure and legal systems are likely to be relative beneficiaries as they are well positioned to adapt their workforces and business models to a highly automated and connected world.

Many developing markets have relied on importing low and middle-skilled jobs to drive economic growth, but do not have the infrastructure, educational or regulatory systems to quickly adapt to a world that will demand more high-skilled labor and investment in high-tech manufacturing or knowledge-based businesses.

Further disruptions to traditional industries across geographies are expected as a result of extreme automation and connectivity. New firms, including those focused on big data and blockchain applications, are examples of potential beneficiaries of this disruption.