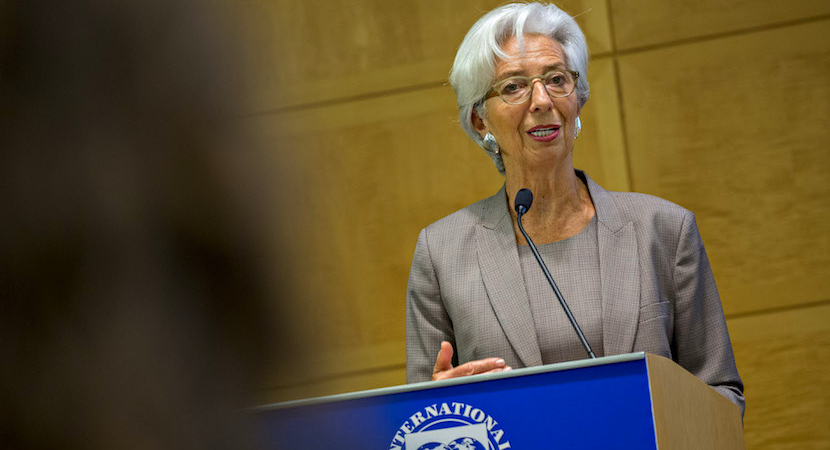 EDINBURGH — Delegates at the World Economic Forum in Davos have a significant challenge with which to grapple: the global economy is slowing faster than expected. Corporate bosses and analysts are worried as China falters amid tensions with an increasingly protectionist US. China has been a significant growth engine over the past decade and more, with its efforts to boost its economy helping many developing countries – including South Africa, which exports resources to the Middle Kingdom. Growth forecasts have also been cut for Germany, an important market in the European Union. Meanwhile, Brexit uncertainty has made it impossible for International Monetary Fund (IMF) analysts to make an educated guess about what’s in store for the US. As the Financial Times has reported, the IMF has said that a no-deal Brexit is a “potential trigger” for a global economic slowdown. – Jackie Cameron

By Andrew Mayeda and Simon Kennedy

(Bloomberg) – Corporate executives joined the International Monetary Fund in warning the global economy is slowing faster than expected, establishing a downbeat tone for this week’s annual meeting of the World Economic Forum.

Hours after the IMF cut its forecasts for the world economy this year and next, PricewaterhouseCoopers LLP released a survey showing 30% of business leaders expect the expansion to weaken, about six times the number of a year ago.

“The world economy is growing more slowly than expected, and risks are rising,” IMF Managing Director Christine Lagarde told reporters in Davos, Switzerland, the home of the conference of policy makers, investors and executives which begins Tuesday.

The outlooks were published the same day China revealed the slowest expansion since 2009 last quarter and come at a time when investors are questioning the sustainability of demand as it’s buffeted by the trade war and other political flash points such as Brexit and the US government shutdown.

In executing its second downgrade in three months, the IMF predicted global growth of 3.5% this year, beneath the 3.7% expected in October and the rate in 2018. Among major economies, the deepest revision was for Germany, which the IMF now sees expanding 1.3% this year, down 0.6 percentage point from October.

The unease is spreading to the board room with North American executives especially worried, according to PWC. The number of them declaring themselves optimistic fell to 37% from 63% last year.

“There’s a significant increase in pessimism towards the economy, spread pretty much around the world,” Bob Moritz, global chairman of PWC, said in an interview.

There is still some optimism. 42% of those surveyed by PWC still see an improved outlook, albeit down from 57% last year. The IMF also left its projections for the US and China unchanged and even anticipates a pickup in worldwide expansion to 3.6% next year.

Still, the probability of more pain is rising especially if the current trade truce between the US and China proves short-lived.

“It is important to take stock of the many rising risks,” said Gita Gopinath, the fund’s new chief economist. “Given this backdrop, policymakers need to act now to reverse headwinds to growth and prepare for the next downturn.”