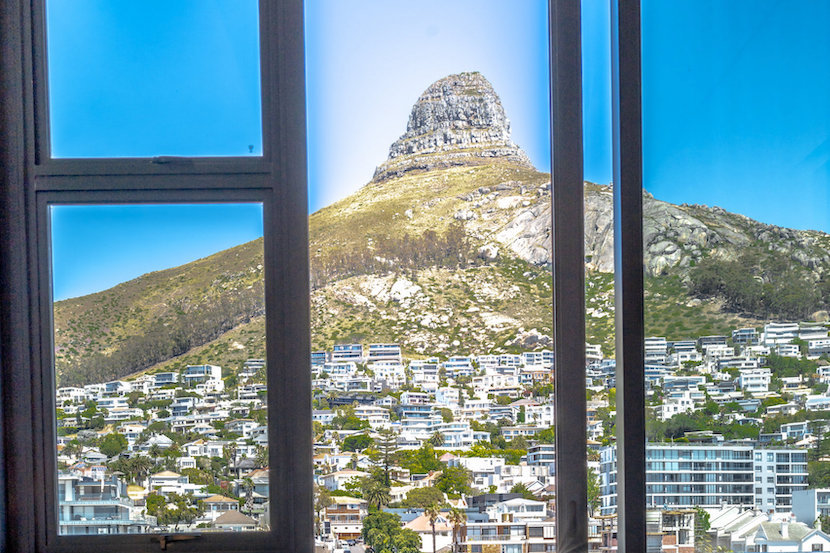 *Don’t miss the 12Cape webinar hosted by BizNews on the 19th May at 12pm. Register here.

12Cape is a Section 12J investment vehicle which owns and grows a portfolio of prime aparthotel assets in Cape Town operating under the Latitude Aparthotel brand, that demonstrated its resilience through the pandemic by achieving an occupancy rate of 75% since opening in November 2019 (median 79%). Its aim is to deliver attractive risk-adjusted returns to shareholders for the medium to long-term with a simple and clearly defined strategy.

In the previous article (12 May 2021) we discussed how a portfolio of prime aparthotel assets in Cape Town achieve this aim. But delivering attractive risk-adjusted returns in the medium term also creates an opportunity to deliver compounding returns over longer periods of time. Amongst the important ingredients for this outcome are finding and investing in assets with structural growth potential, limiting undue risk (including assets located in active and liquid secondary markets) and ensuring the profile yields a diversification benefit of sorts. The strategy is implemented by investment professionals with extensive experience in the relevant asset classes, and who are also invested in 12Cape Limited.

Returns: The long term return potential of a portfolio of aparthotels in prime areas is derived from five independent drivers, three of which are supported by global and local structural tailwinds, and net income distributed as a dividend:

1. The Section 12J tax benefit, which ends on the 30th of June 2021: A 100% deduction (equal to the investment amount made), from the taxable income of the investor (who can be an individual, company or trust) provides a significant upfront cash benefit to investors – up to 45% for high income taxpayers. Taxpayers who invest in such approved vehicles are allowed an upfront deduction for their investment, whereas most equity investments are not tax deductible. Background to Section 12J of the Income Tax Act: Government introduced the venture capital company tax incentive in 2009 to encourage the growth of SMEs and employment. In its recent assessment, however, the National Treasury determined that the incentive did not sufficiently achieve its objectives[1] but instead, provided a significant tax deduction to wealthy taxpayers. The results showed that R11.5 billion had been invested in Section 12J Funds over the period (on which a 100 per cent tax deduction was applicable), which led to the employment of 8,239 people. The incentive will therefore not be extended beyond its current sunset date of 30 June 2021.

2. Investing in Prime Real Estate in Cape Town at bulk pricing: Historically viewed as a store of value, Prime Real Estate (especially smaller, tradable units) is an asset class typically only accessible to wealthy investors or owners, and has proven to be defensive and attractive over long periods. This is not surprising if one simply juxtaposes the increasing demand for new properties in prime areas the world over (consider that the number of adults, globally, with at least one million dollars in wealth has almost doubled from 24 million to close to 50 million between 2010 and 2019) to the physically constrained supply thereof. Interestingly, prime real estate often becomes more attractive in relative terms during turbulent times, as demonstrated in London during the financial crisis. A asset values in the 12Cape target area, with natural boundaries being Table Mountain and the Atlantic Ocean appreciated by more than 10% p.a. over the past 15 years. This benefit is amplified by scale and the potential to purchase assets at bulk pricing with a “time value of money” benefit to both the developer and the investor. The assets are located in an area with an active and liquid secondary markets.

3. The rise of the aparthotel: The 12Cape owned Latitude Aparthotel has, in a short space of time, become a leading aparthotel and favourite destination since its launch in November 2019 with an average occupancy of 75% (median 79%), outpacing that of traditional hotels and “airbnb” type lettings. This result is not out of kilter with global trends, where, pre COVID, aparthotels comprised c. 3% of the total accommodation supply in the UK & Northern Ireland pre-COVId (vs. 9% in the USA) but rapidly growing with c. 13% of its future accommodation pipeline. Simply put, travellers seem to prefer the space and independence afforded by apartment style accommodation over that of traditional hotel rooms, but also prefer the 24 hour hotel style services of aparthotels over the uncertainty of more traditional “airbnb” type accommodation.

4. Global Demand for Accommodation: Who has been filling our Latitude Aparthotels, and who will keep filling them? We have experienced a healthy mix of domestic and international travellers – the latter often engaged in international remote working from our premises. Tourism and travel is an international sector with local benefits, and to understand its potential it is helpful to consider the global picture: Pre-COVID, the amount of international arrivals the world over has been outpacing global GDP by a factor of one-and-a-half for 20 years. In 2017, destinations worldwide welcomed 1.3 billion international tourist arrivals (some 7% or 84 million more than in 2016), comprised one tenth of the global economy and was also the fastest growing broad economic sector globally. There are several reasons for this, three of which we highlight as structural trends unlikely to be permanently affected by COVID-19, in addition to a game-changing newcomer, which we address first:

Remote Working: Post 2020, expect the opportunity for Cape Town to be even bigger as the global “remote working” trend becomes permanent, and Cape Town remains a top global destination for remote working (and named as a top 50 global destination by Big 7 Travel[1]). Consider that the latest surveys in the USA shows that about 20% of “work time” will be completed away from the office, and that such time is generally in “off peak” periods for a destination like Cape Town. Our Latitude Aparthotels are already a home away from home for various remote working foreign guests from Northern Europe and the USA.

The second pertains to Emerging Markets: The continued rise of the middle classes in emerging markets throughout the world have shown that air travel is one of the first discretionary expenditures to be added. Research shows that apart from buying a car, a family trip is the highest priority for them. This middle class is growing by about 5%, or 160 million people per year. Chinese travel expanded 15-fold in less than twenty years despite the fact that only 7% of their 1.4 billion citizens currently hold passports. It is no surprise that, pre-COVID, Chinese travel spending to South Africa was estimated to grow by 18% p.a and that our highest growth tourist markets comprised of Brazil (150%) and Russia (50%).

The third driver, which is uncorrelated to the first, pertains to preferences and demographics in High Income Countries: With 500 million people, Europe is not only large and wealthy, but its ageing demographics is adding 18 million retired potential tourists with time and money per year, which partially explains why  South Africa’s tourist arrivals from France, the Netherlands and Sweden all increased by double digit figures in 2017. A similar trend is developing in the United States, where the proportion of Americans aged 65 and over is projected to increase from 14% today to 24% by 2060. The younger demographic also seems to support the case for travel and tourism via their preferences and what is apparently called the “Experience Economy”. A recent study confirms that 8 in 10 millennials choose to spend money on a desirable experience or event over a possession before marketing it on Social Media. Good on them.

Unsurprisingly the fourth driver is technological: Travel continues to become easier.  This is no surprise. Ubiquitous connectivity means that it is not only easier to find and book your foreign accommodation, but also to get an Uber to take you there without being ripped off, whilst checking in on work while you are on holiday. Perhaps surprisingly given the political tone set by President Trump & Brexit, 85% of countries have reduced their tourism visa requirements in the past four years. The share of tourists requiring a visa prior to travelling continues to decline and is at its lowest ever level. Finally, travel has not only become cheaper, but there have also been vast improvements to airline and airport infrastructure. The hypothesis of a long term and resilient structural growth trend of about 5% (in number of foreign tourists) seems fair on a global scale, or more than three times the growth rate of our local economy. It is available in South Africa, it is funded by foreign currency, it is employment hungry and on tap for anyone who is willing to work, be it an Uber driver, a waiter, a hotelkeeper, a guide or the informal provider of any other tourist-friendly service yet to be invented.

Let us now turn to South Africa, with various and diverse world class tourist attractions, with Cape Town as an example. Whilst we acknowledge that a real five percent real growth rate is attractive, we should do much better. Over the past couple of years, no less than 22 respected independent international sources including the New York Times, the Daily Telegraph, Lonely Planet and AirBnB awarded Cape Town a podium position, mostly gold, in the race for the world’s most attractive tourist city destination. Let that sink in for a second. Compare this extraordinary outcome with our ranking when we measure actual total tourist arrivals. With about one million international tourist arrivals per annum, Cape Town is nowhere close to the top tourist city destinations. Nor is Cape Town, even close to other Long Haul Oceanside destinations like Sydney, Melbourne, Auckland, Buenos Aires and Miami despite its permanent natural competitive advantages which include a shared timeline with Europe. In fact, Cape Town does not even get close to the afterthoughts: In the 100th place you’ll find Colombo with two million annual foreign tourists. It is therefore not surprising that pre-2020, international tourist arrivals in Cape Town grew by 10% (real) per annum.

5. A brand: The Latitude Aparthotel brand is owned by our shareholders and used to immediately leverage the goodwill created with previous guests, in existing assets, in new assets that we invest in.

So remember: Investors can still deduct 100% of their investment in 12Cape Limited from their taxable income by investing on or before 30th of June 2021- contact us: here