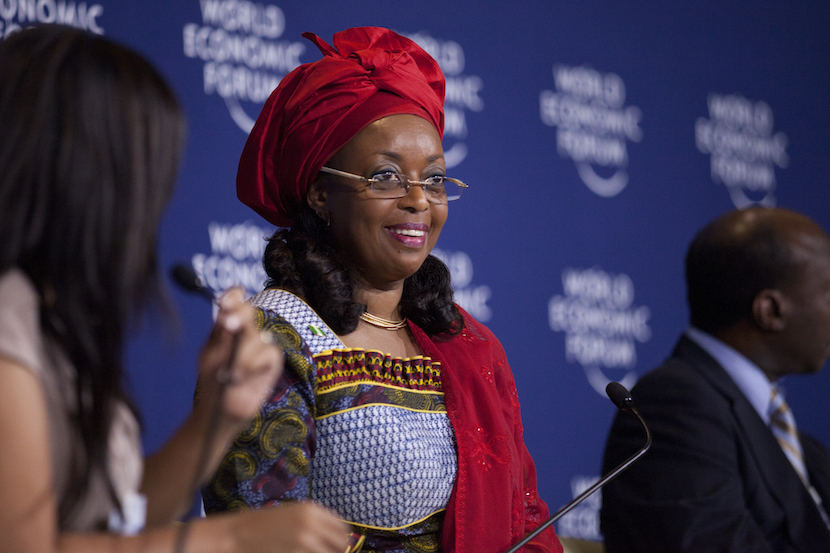 Cicero, perhaps the greatest of all Romans, fought tirelessly for democracy, ending up being assassinated by the new dictators. But right to the end, the man whose philosophy provided the foundation for the US Constitution, kept teaching us to fight tyranny and corruption no matter how great the odds. In former Reserve Bank Governor Lamido Sanusi, Nigeria possesses a leader in the Cicero tradition. Sanusi blew the whistle on the country’s corrupt Oil Minister and was fired for his troubles. But today’s news that his foe Diezani Alison-Madueke has been arrested in London, will brighten the day of his many supporters. And the silent majority worldwide who ascribe to the Cicero way. – Alec Hogg

Nigeria’s former oil minister Diezani Alison-Madueke has been arrested in London, a source from Nigeria’s presidential circle and another with links to her family has said.

Alison-Madueke was minister from 2010 until May 2015 under former president Goodluck Jonathan, who was defeated by Muhammadu Buhari at the polls in March.

Buhari took office in May promising to root out corruption in Africa’s most populous country, where few benefit from the OPEC member’s enormous energy resources.

In a short statement on its website, the UK’s National Crime Agency (NCA) said its International Corruption Unit had arrested five people across London on suspicion of bribery and corruption offences on Friday, without naming the suspects.

Nigerian media outlets, including Channels TV, said that Alison-Madueke had been granted bail after several hours in custody.

The Reuters news agency said it was unable to reach Alison-Madueke’s personal assistant or a lawyer representing her.

In a sign that the arrest had been coordinated with Nigerian authorities, the financial crimes unit sealed one of Alison-Madueke’s houses in the upmarket Asokoro district in the capital Abuja, two security officials said.

During Alison-Madueke’s time in office, former central bank governor Lamido Sanusi was sacked after he raised concern that tens of billions of dollars in oil revenues had not been remitted to state coffers by the government-run oil company NNPC between January 2012 and July 2013.

Alison-Madueke has previously denied to Reuters any wrongdoing when questioned about missing public funds and fraud allegations.

Ordinary Nigerians, tired of seeing no narrowing of the West African country’s wealth gap, have been eagerly waiting to see the results of probes into the oil sector.

Buhari said on Sunday that the prosecution of those suspected of misappropriating the NNPC’s revenue under past administrations would begin soon.

Getting tough on corruption would deflect criticism of Buhari for failing to appoint a cabinet or an economic team four months after taking office as Nigeria’s economy is going through a severe crisis due to the plunge in global oil prices, Reuters said.