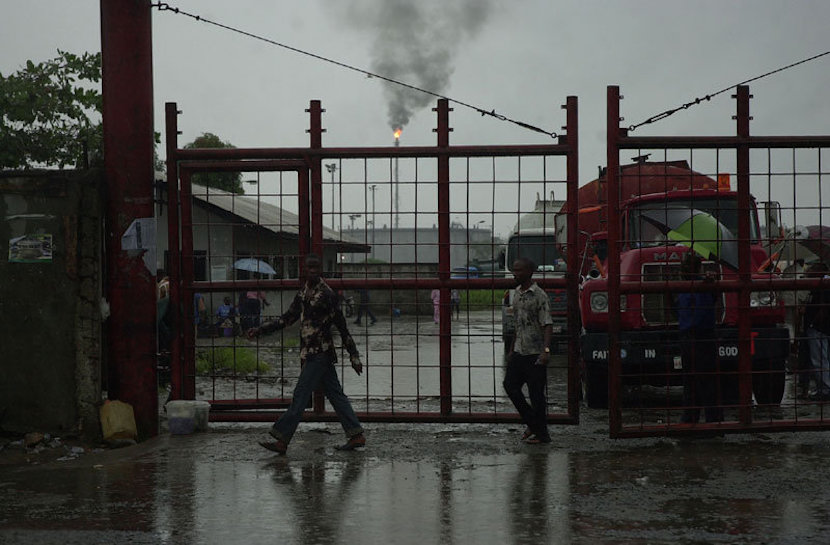 LAGOS, March 22 (Reuters) – Nigeria’s government will pump 350 billion naira ($1.76 billion) in the next quarter into Africa’s biggest economy hit hard by a slump in oil revenues, its finance minister said on Tuesday as parliament prepares to pass a much-delayed budget.

Africa’s top oil producer is grappling with its deepest economic crisis in years, brought on by the fall in crude prices.

President Muhammadu Buhari presented a record $30 billion budget in December but asked for its withdrawal a month later to make changes after a further drop in oil prices. The total budget has not changed but the deficit has risen to 3 trillion naira from 2.2 trillion.

Giving details of the amended draft, Finance Minister Kemi Adeosun said the government planned to spend 350 billion naira in capital expenditures in the next quarter alone.

“Companies that had laid off staff and those that had abandoned projects are going back to sites and the economy will bounce back,” she said in a statement, without saying how the spending will be funded.

Senior Nigerian lawmakers said on Tuesday they expected parliament to pass the 2016 budget this week, after a three-month delay to allow for revisions after a decline in oil prices.

Senate President Bukola Saraki said on Twitter that parliament would ensure the budget was passed before the end of the week.

Read also: John Defterios: Why the oil price is going back above $50 this year

Abdulmumin Jibrin, chairman of the budget committee in the lower house, said the legislature intended to vote on the budget on Wednesday.

“We thank Nigerians for their patience and understanding,” he wrote.

Voting on the budget was postponed in February because ministers could not agree on revised public spending plans.

Central Bank Governor Godwin Emefiele on Tuesday said the bank’s monetary policy committee had urged “speedy passage of the 2016 budget in order to halt the depressing effect of the uncertainty that engulfs the waiting period”.

Nigeria has held talks with the World Bank and has looked at borrowing from the African Development Bank and China Exim Bank to plug the budget gap as oil trades around $30 a barrel, down from over $100 in 2014.