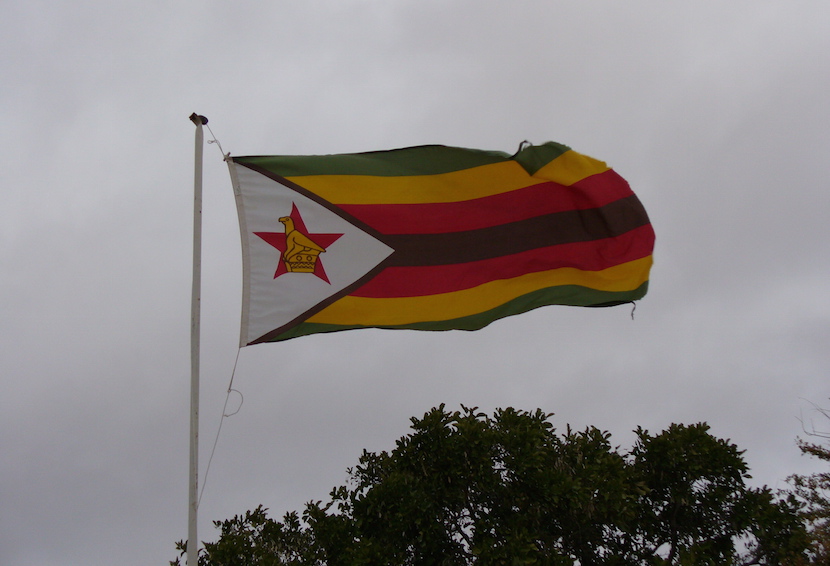 Some have a weird understanding of democracy. To them, once you’ve convinced fellow citizens to vote the right way, your responsibility to them ends. That sparks the game of “grab what you can without getting caught ” – and should you be exposed, never accept responsibility. Such hypocrites get away with this irrational behaviour because citizens who put them into power are also easily confused or frightened by the twisted logic and State levers available to their now famous leaders. George’s Orwell’s Animal Farm in practice. Zimbabwe’s deluded President-for-Life Robert Mugabe is among the world’s worst examples. His behaviour, however, creates fertile ground for heroes like pastor Evan Mawarire who has started a simple movement, called #ThisFlag, calling on fellow Zimbabweans to reclaim their country. Despite threats, Mawarire refuses to be intimidated. Intuitively appreciating the reality that all it takes for evil to flourish is for good men to stand aside and do nothing. – Alec Hogg

Mawarire, 39, has called on Zimbabweans disillusioned by corruption and crisis in their homeland to reclaim their national flag.

His #ThisFlag movement has seen citizens taking “flag selfies” as they reassert both their pride in and their heartbreak over their national symbol.

“So the other day I got a phone call. You will NEVER silence my voice. Even long after I’m dead you will hear it in every citizen you see,” Mawarire posted on Facebook on Sunday.

The father-of-two told the private Newsday paper last week that an unidentified caller told him the national flag “can be used to strangle you.”

Mawarire’s short video clips have been a focal point for Zimbabweans who have used his Facebook pages to write of their hopes for a turnaround for Zimbabwe.

Economic difficulties and hunger appear to be worsening in the southern African country less than three years after President Robert Mugabe was re-elected to power.

The comments on the pastor’s Facebook page include calls to bring back the previous national anthem, to deal with corruption, for freedom of speech and press, and for opportunities for young entrepreneurs.

Mawarire, a speaker and author of books on sex and marriage, has so far steered clear of declaring any political affiliation.

Mawarire tweeted back: “The tragedy Zim has become is hardly a fad or a thing. The integrity of #ThisFlag has been compromised & we ask why?”

Last week, the central bank chief announced authorities would soon start printing “bond notes”, a local version of US dollars. With memories of Zimbabwe’s now defunct dollar fresh in many minds (and the hyperinflation that rendered it worthless), some locals moved to clear out their bank accounts.

Zimbabwe’s political arena has for 16 years been dominated by the fight between supporters of Mugabe, a former freedom fighter who’s been in power since independence in 1980, and supporters of the Movement for Democratic Change party, which has split into several factions since Morgan Tsvangirai first headed it. – News24