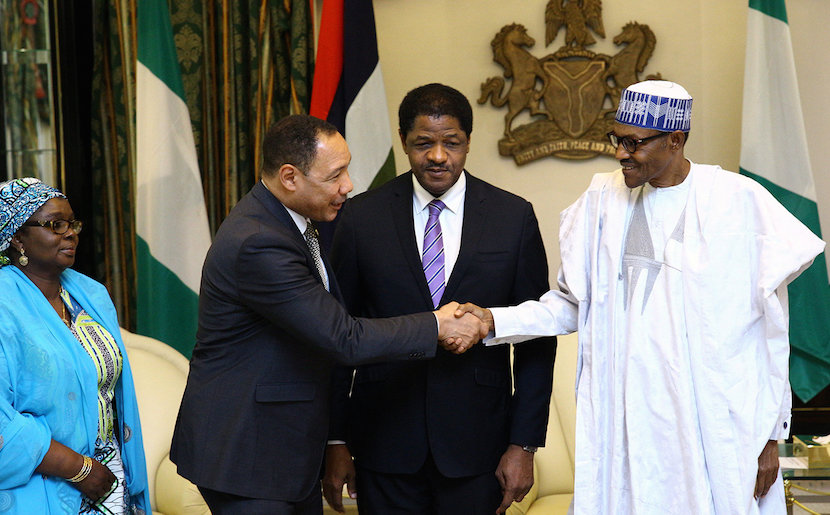 Rule #1 in investing is don’t lose money. Rule #2 is to never forget the first rule. That maxim is even more strictly applied in boardrooms where those directing companies consider how and where to allocate shareholders’ funds. That reality puts developing countries at a significant disadvantage. Poor economic policies completely switch off the financial tap. South Africa’s economic policy of transformation before growth has had predictable consequences for foreign corporate investment – attracted only through huge taxpayer subsidies (like in the motor sector). Fortunately for SA, its continental rival is making an even greater hash of things. Economic blunders by Nigeria’s Buhari regime has turned the country’s investment appeal on its head. Well intentioned policies that tried to buck market realities have led to national reserves plunging; energy production slumping to one 30th of SA’s (for a country with three times its population) and a mushrooming currency black market where the Naira buys virtually half the official rate. If you thought education was expensive, try ignorance. – Alec Hogg

(Bloomberg) — Muhammadu Buhari took office as Nigeria’s president a year ago on a wave of optimism that the ex-military ruler could revive a nation battered by falling oil prices and decades of corruption. Now Africa’s biggest economy is on its knees.

Nigeria will soon enter a recession, according to the central bank, and an upsurge of militant attacks since February has sent crude production, which usually accounts for 70 percent of government revenue, plummeting to an almost 30-year low. Delays in approving a budget and a cabinet — by six months — as well as Buhari’s refusal to weaken an overvalued currency have caused foreign investors to flee.

“It was difficult to imagine a scenario in which things got worse,” said Malte Liewerscheidt, a Nigeria analyst at Bath, U.K.-based consultant Verisk Maplecroft. “But it’s been a lost year. What’s missing is sound macroeconomic policies.”

Foreign investors, fearing a devaluation, are staying away. Foreign direct investment was the lowest last year since the 2007-08 global financial crisis, and Citigroup Inc. said deals have ground to a halt. The curbs prompted JPMorgan Chase & Co. in September to kick Nigeria out of its local-currency emerging-market bond indexes, tracked by more than $200 billion of funds.

This year, Nigeria’s local-bond yields have climbed 270 basis points to 13.4 percent, leaving them as the only such securities among 31 emerging markets tracked by Bloomberg to make losses. Electricity output has plunged to about a 30th of that of South Africa, Africa’s second-biggest economy, as attacks on pipelines cut supplies of natural gas to power plants.

When Buhari beat then-President Goodluck Jonathan in the first election victory by an opposition candidate, U.S. President Barack Obama’s administration called it an “historic step for Nigeria and Africa.” A 73-year-old retired major-general who ruled from 1983 to 1985, Buhari campaigned to end the corruption he said was “killing” his country. He and his All Progressives Congress party promised to crush Boko Haram’s Islamist militant group whose war has led to thousands of deaths in the northeast since 2009 and foster economic growth of as much as 10 percent.

Now recession looms. The economy contracted in the first quarter by 0.4 percent, the first decline since 2004. If Buhari doesn’t alter his stance on the naira and loosen capital controls to defend its peg to the dollar, output will probably sink further, according to Mark Bohlund, an Africa economist with Bloomberg Intelligence in London.

“The Nigerian economy is at high risk of experiencing its first full-year recession since 1987,” Bohlund said. An improvement next year depends on security being restored in the oil-rich Niger River delta region and “a shift toward more market-based economic policy.”

Buhari was dealt a tough hand. He inherited a virtually empty treasury and Jonathan’s administration did little to diversify the economy, leaving it vulnerable to the crash in oil prices since 2014. A rainy-day fund known as the Excess Crude Account was whittled down to barely $2 billion when Buhari took office, from $21 billion in 2008.

The president has won plaudits from investors for beating back Boko Haram and trying to overhaul graft-ridden institutions, including the Nigeria National Petroleum Corp., the management of which he sacked. Yet they have been left bemused by his economic policies.

He opted to keep gasoline prices capped at 87 naira ($0.44) a liter ($1.76 a gallon) until months of shortages and unrest over long fuel lines forced him to increase them by 67 percent in mid-May. He has also clung to the naira peg even as evidence showed a dollar shortage was strangling the economy.

Under Governor Godwin Emefiele, the central bank — with Buhari’s backing — began to fix the naira at 197-199 against the dollar in late February 2015, even as other oil exporters from Russia to Colombia and Kazakhstan let their currencies drop. In his first anniversary speech on May 29, Buhari appeared to accept that the currency should weaken, though he didn’t give details of policy changes.

Businesses are struggling to operate as the central bank, whose reserves have fallen to a more than 10-year low, runs out of the dollars they need to import raw materials and equipment. Many are forced to turn to the black market, where the naira value has plunged to around 350 per dollar. That’s pushed the inflation rate to 13.7 percent, the highest in almost six years.

U.S. carrier United Airlines said would it stop flying to Nigeria next month, in part because of the hard-currency squeeze. Foreign airlines have the naira-equivalent of $575 million trapped in the country that they can’t repatriate, according to the International Air Traffic Association. The Africa president of Unilever, whose Nigerian unit has seen its shares drop 29 percent since Buhari became president, called the currency policy “ very insane.”

The central bank’s Monetary Policy Committee voted on May 24 to allow “greater flexibility” in the foreign-exchange market, which investors hoped meant that banks would be allowed to trade the naira more freely. Yet, while Emefiele said a new system would be unveiled “in the coming days,” no changes have been made.

It was an “admission of the inevitable failure of the policy, which created a black market economy,” said Kingsley Moghalu, a former deputy governor at the central bank who now teaches at Tufts University in Boston. “The exchange-rate policy contributed quite significantly to creating a recessionary situation. It hit manufacturers, who could not access forex. It has created unemployment.”

Nigeria’s 36 states, most of which depend on monthly handouts from the federal government, are on average three to four months late on salary payments to teachers, doctors and other civil servants, according to the oil minister.

The economy is so weak that Finance Minister Kemi Adeosun says officials probably won’t be able to collect enough taxes to meet the revenue target in this year’s record 6.1 trillion naira budget, which was only passed this month after senators said Buhari’s team made mistakes in the first version sent to them.

“There’s a sense of exasperation among investors,” Ronak Gopaldas, a Johannesburg-based analyst at Rand Merchant Bank. “There’s still a level of goodwill toward Buhari and his government but it’s dissipating. The man on the street is really struggling.”