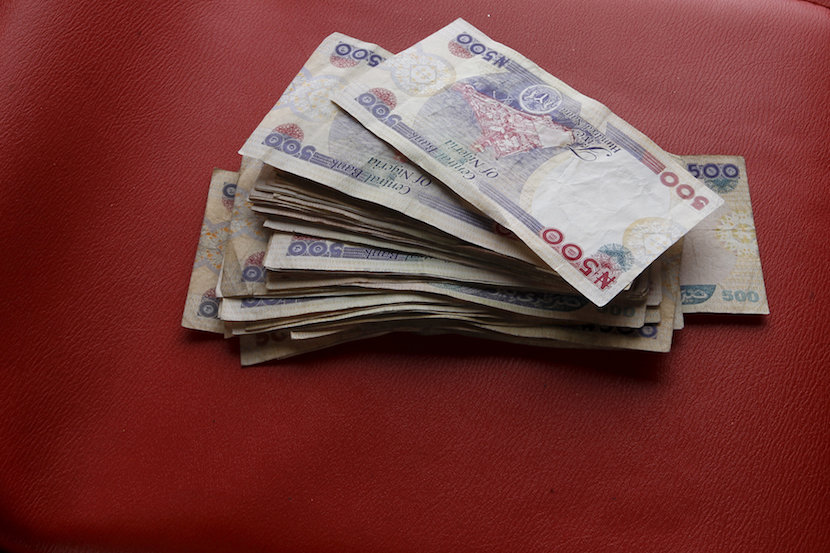 How quickly the mighty can fall. Having scaled to the top of Africa’s economic rankings, the reality is unravelling fast. And while one may applaud the Nigerian central banks plan to loosen capital controls to weaken the Naira, the fact that it’s sitting on the decision looks to be causing more harm than good. And as the Bloomberg story suggests, foreign companies are now struggling to get money out of the country as investors flee. The black market for the Naira has seen it plummet to 350 against the dollar despite the central bank’s peg of 197-199. There’s a famous saying that the early bird gets the worm but the second mouse gets the cheese. And while caught between a rock and a hard place, one wonders if Nigeria will play the role of mouse or bird. Sooner may be better in this case. – Stuart Lowman

by Paul Wallace and Liezel Hill

(Bloomberg) — As Nigeria’s policy makers dither on plans to loosen capital controls and let the naira weaken, foreign companies such as Nampak Ltd. of South Africa and British Airways Plc are battling to get their money out of the country.

Nampak, Africa’s biggest producer of beverage cans, is considering currency swaps that would enable the Johannesburg-based company to repatriate money trapped due to the shortage of foreign exchange in Nigeria, its chief executive officer said.

“We are exploring structuring options in Nigeria,” Andre de Ruyter said in a phone interview Wednesday. While some companies were contemplating dollar investments into Nigeria, they would want to avoid doing so at an overvalued official exchange rate, he said. “So there’s an option for us to do currency swaps.”

Nigeria has pegged the naira at 197-199 per dollar since March 2015 through import and currency-trading restrictions. While central bank Governor Godwin Emefiele said May 24 that the country would move to a more flexible foreign-exchange regime, with details of how this would work to be announced “within days,” authorities are yet to set out changes in policy.

The capital controls have sent investors fleeing and the black-market exchange rate has plummeted to 350 as the dollar scarcity has worsened. Forward contracts suggest the official rate will fall to 284 in three months.

Nampak had 1.5 billion rand ($96 million) of “restricted cash balances” in Nigeria and Angola, which has also imposed capital controls to defend its currency, at the end of March, it said in a statement on Wednesday. That’s more than double the figure from six months earlier of 700 million rand.

Foreign airlines have the naira-equivalent of $575 million from ticket sales stuck in Nigeria that they can’t take home, according to the International Air Transport Association. U.S. carrier United Airlines Inc. said last week it would stop flying to the country this month, while British Airways said it may follow suit.