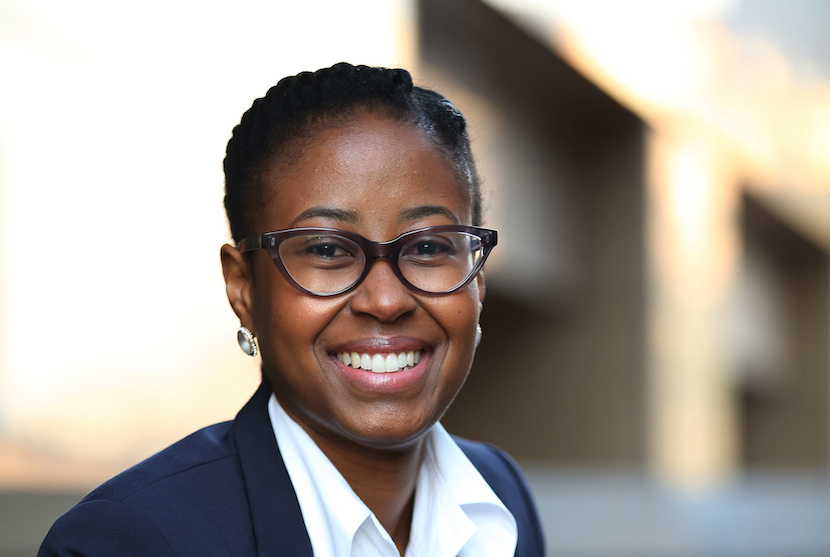 Rand Merchant Bank recently closed the R12-billion financial transaction needed to jump-start the construction of the 100MW Kathu Solar Park in the Northern Cape. The concentrated solar power thermal generating facility will produce enough power to keep the lights on in 50 000 households, and with the molten salt solution, can store energy, which could see the end of Eskom’s need for diesel. Biznews.com’s Alec Hogg got more insight on the project from RMB’s Siyanda Mflathelwa.

This special podcast is brought to you by RMB. Siyanda Mflathelwa from RMB joins Alec Hogg talking about renewable energy and in particular the Kathu Solar Power deal that she was involved in. Siyanda, how long have you been intimately involved with this solar project?

I would say I started working on this project late 2013. I think the sponsors came out officially into the market with the transaction early 2014, but had some preliminary discussions on it in 2013. It started originally under a different name and was developed by different developers who are the current sponsors, who we then purchased the project from, so the history dates back a little bit before 2013, but in its current form we have been working on it since late 2013.

It takes a long time. I know it is a 100-megawatt project. What are the numbers, how much money is involved in this investment?

Yes, you are correct. It’s a 100 megawatt parabolic trough power plant and the total project size is R12bn. It was financed by debt and equity with a club of South African banks.

Big numbers and we know that there have been four rounds so far of renewable bids. Which round did this one come in at?

This was part of what they call now Round 3.5, which was specifically a round for CSP technology. I think the round was bid in March 2014 and there were two preferred bidders, which closed this year.

CSP is interesting in that it is a replacement for what Eskom used to use with diesel power. It is not the cheapest technology, but it does give you a longer period that the power can come through in. Unpack it for us, why is it so important that we have CSP technology as part of the mix?

The technology itself is quite interesting. Parabolic trough technology on its own is proven, which I think the banks like because it’s been proven on a commercial scale, but also with the addition of thermal energy storage, it means that you can have the power plant generating and despatching power onto the grid long after the sun has set. The programme is set out and designed to incentivise CSP plants to actually despatch the power at peak times. As you will know, in South Africa, that is not when the sun is shining at midday – it is in the early mornings and late afternoons, early evenings. The tariff structure under the programme is set out to incentivise despatching at those peak times. Many of the CSP plants that we see playing in the REIPP Programme are designed to take advantage of that, and many of them include thermal energy storage.

This plant in particular has four and a half hours of storage, which allows it to store energy during the day when not so much power is needed and despatch it in the evenings to take advantage of a higher tariff, but also to ease the peak periods. As you say, that is what the peaking plants were traditionally used for, but can now also be done with CSP technology. The other thing about CSP technology, which is quite nice, is that it is easily despatched. If you have a base load power plant, and you want to use it in the evening, you need to switch it on early in the morning because it has quite a long ramp up period before it can actually despatch power into the grid. A CSP in turn has a much shorter lead time. You can literally switch it on and it starts despatching power almost immediately.

Goodbye diesel, hello molten salt. That was interesting for outsiders to come across molten salt. How exactly does that technology work?

What happens is the radiation that comes from the sun heats up the molten salt solution and the heat is actually stored in the solution. The one part of the plant is just for collecting of the energy, while the parabolic trough and the other part of the plant runs a normal generator. You store the heat in the molten salt and then you release it when you wish to despatch and it goes into a normal generator. This is technology that is very well-understood and that’s been used many times before.

Yes, that is exactly right.

Just for context 100 megawatts, how many houses would that power?

One hundred megawatts translates to roughly 390 000 megawatt hours annually and that is approximately enough to power 50 000 households. Therefore, it makes a contribution that is notable.

So around 50 000 households, a ZAR-12bn investment, presumably and we’re talking from the banking perspective, there has to be a flow of income that is going to justify this kind of investment. How long into the future is that income guaranteed for?

The project is going to supply power under a 20-year power purchase agreement, which is signed with our power utility Eskom, which means after a 28-month period of construction, the power plant starts to produce power for 20 years.

After the 20 years, is it presumed that at that point in time it stops delivering power? Obviously, there is no guarantee that whoever is buying the power, Eskom or whoever might be around at that stage is going to take it off, but is the equipment redundant then?

No. The contractual arrangements are for 20 years currently, but the equipment certainly has a lifetime that extends beyond that. Presumably, at year 20 you would have a plant that is still able to function for a number of years post that. The equipment itself can generate power well beyond 20 years and has done so globally.

This is part of the third bid window. We have now had a fourth bid window. The fifth one, which is supposed to come along, seems to be in a little bit of controversy but that does not affect this project.

No, this project as you say, was around 3.5 which was the announced preferred bidder, I think 2014 or 2015 if I’m not mistaken. Those projects that were under round 3,5 have been announced and are either closed, as this one is or working towards financial close, as the other one that was awarded in the same round. Therefore, it is unaffected by some of the stuff you hear in the news.

Siyanda, take us through the ZAR-12bn. How much of that will be provided by RMB/South African funders.

The ZAR-12bn is broken up 70/30 – 70 being from local funders and 30 from equity from the sponsors. The 70% of the ZAR-12bn is provided by all local funders on this deal including: Absa, DBSA, Investec Bank and Nedbank alongside RMBLC. The funding is split up between Jibar-linked debt and inflation-linked debt, which works nicely in these projects because you have a revenue line that is also indexed to inflation.

It is a bit of a back-to-back project in that way because you are guaranteed what the income stream will be, presumably as long as the plant keeps operating and on the other hand, the debt will cover that.

Sure. The projects are structured in such a way that you obviously have a complex financial model that forecasts what the revenue line will be. Some of the other cost items are quite detailed, robust financial models which we obviously look at in detail and we run through different scenarios, but I think the idea is that you know what the revenue line should be if the project performs. Remember that with these projects the risk that the lenders are taking is the performance of the plant. You therefore work with parties that you know can deliver and maintain a plant of this size.

Who is building the plant?

The plant is being built by a consortium, a joint venture between Acciona Infrastructures and SENER of Spain. Those are the EPC contractors.

Have they had much experience with this kind of project?

Yes for us as lenders we obviously look to parties that have had a lot of experience building these kinds of plants and that is how we became comfortable with this particular joint venture. They both bring different aspects to the JV.

From a layman’s perspective, how big is the area that the solar panels are going to be covering?

It is up in the Northern Cape approximately 10km away from Kathu in an area that has quite a lot of solar irradiation – some of the best in the country that competes with some of the best in the world. The plant is located on a farm of about 1 900 hectares of which a great deal will be taken up by solar panels. They are not really panels, but parabolic troughs – like curved mirrors.

The battery is four and a half hours’ worth of storage but all of that is incorporated at this farm, which altogether would be about 1 900 hectares. I would say about 60 or 70 % of that would be taken up by just the collectors. The rest of that would be the power block which is the generator that I spoke about earlier, as well as the molten salt storage power.

It is interesting to notice that the local community are also going to be beneficiaries.

Yes, the REIPP structure in general has hurdles that you need to go through in terms of local, economic development, which I think is quite nice because it allows the private sector to partner with government in trying to meet economic development priorities. This project in particular has committed to creating 475 jobs during the construction period and about 81 jobs during the continued operations of the plants and these are full-time jobs.

The project has also committed to procure 42.5% of their qualifying spend locally, which means there’s a localisation requirement to the part of the bid as well which you get adjudicated on. All of this is in addition to the normal socioeconomic development spend which is mandatory for all projects under the programme.