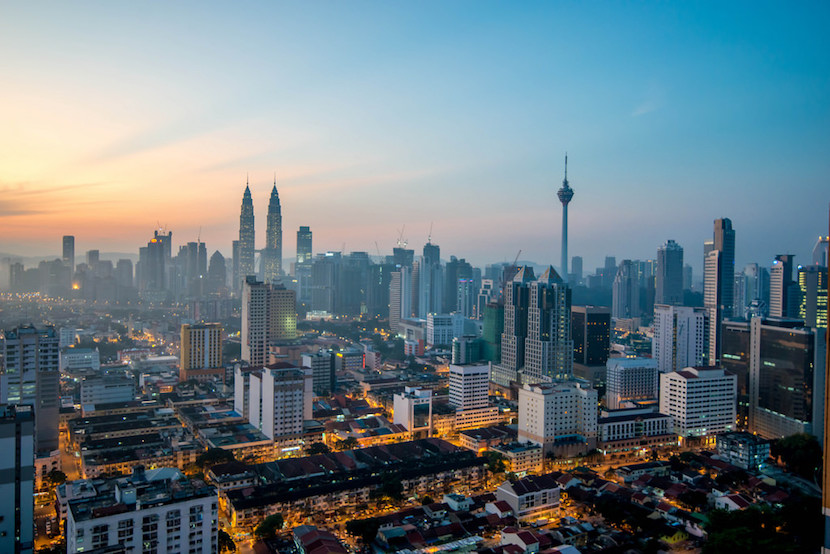 It’s very easy for people to point fingers at the pessimists. Why focus on the areas that aren’t working, when there are some that are? Well the challenge for any country or business is to understand where they fall short, in order to become a better entity. And instead of dismissing reports such as the World Economic Forum Global competitiveness report, or find excuses why SA slipped in the global University rankings, rather take lessons on board and improve. Rabelani Dagada, an IRR policy fellow, compares Malaysia and Ghana, two countries that share political independence dates. He tracks the development of both and suggests why one is in a far superior position to the other. And he attributes this difference to the knowledge economy. Worth the read. – Stuart Lowman

The discipline of development studies has a famous comparison in the economic histories of Malaysia and Ghana, which suggests that the only similarity between the economies of these two countries is the date of their political independence, 6 March 1957.

The similarities end there because the macroeconomic policies adopted by each country have led to completely different outcomes. The dominant strand of analysis has centered on political and economic strategy and celebrates Kuala Lumpur’s fiscal and economic planning prudence whilst being critical of Accra’s dearth of vision and development policy paralysis at the hands of military despots.

The post-modernist interpretation of the Ghana−Malaysia comparison reveals that these differences are in large part attributable to one fundamental factor: the knowledge economy, which was promoted in Malaysia but not in Ghana.

Both countries were characterised by acute poverty when they attained independence. Ghana’s early independence was undermined when the charismatic founder, President Kwame Nkrumah, was deposed, heralding chaotic governance under military administrations until constitutionalism was restored in 1992. The current economic picture bears testimony to that false start: Ghana’s GDP is at $37bn, per capita income is at $3,236 (PPP), while an export-led economy is dominated by the agricultural sector and remains dependent on gold, timber and cocoa to earn foreign currency.

Malaysia, on the other hand, pursued innovative economic policy which allowed for the promotion of specialised industrial policy. In Malaysia, as in Singapore and South Korea, macroeconomic policies promoted the benefits of technology and information communication technology (ICT) in education, an approach that contributed significantly to their current domination of knowledge-based industries.

The Malaysian economic miracle is attributed to a knowledge-based development policy trajectory where its GDP currently stands at $308bn, per capita income at $17,008 (PPP) and inflation at 1.7%. Contribution to GDP is derived largely from industry (48.1%) and services (43.6%), while agriculture contributes only 8.3% – all signs of a modern knowledge economy with enviable growth rates.

The difference in the Ghana−Malaysia development trajectories is largely attributable to the infusion of technology in its industrial policy and ICT in education. Robert Solow, Nobel Prize winner in Economics, observes that efficient technologies increase productivity, reduce production costs and promote quality, competitiveness and innovation, leading to strong economic growth. With regard to education, by injecting technology into the training environment, efficiency is accelerated in the delivery chain, the quality of training is improved, and technology transfer is promoted. The success of chaebol[1] business in global capitalism bears testimony to this.

The majority of poorer countries experience a serious lack of skills and expertise, and tend to languish in the backwaters of global prosperity.  Frontier economies, especially African sovereigns, have not escaped this challenge, lacking skilled human resources in strategic industries and a shortage of artisans, engineers, specialized health professionals and teachers, particularly in the relevant sciences. The skills deficit tends to negate opportunities to decisively chart the evolution of their economies. Nigeria, for example, experiences such an anomaly despite many years of enjoying the benefits of oil resources. The situation is much worse for those African countries that were decimated by civil strife and wars, despite extensive recent discoveries of oil and gas fields. While it must be acknowledged that many African citizens return to their countries from study and work endeavours, they tend to be overwhelmed by the challenges at home, and importing skills is not a sustainable option.

South Africa has not escaped the fate of other African nations in the realm of competitiveness despite having better resources and a liberal constitution. Indeed, for many people in South Africa the advent of democracy in 1994 brought expectations that education will be improved and that the knowledge economy would assume a leading role. This hope has not been realized, and the dream of the knowledge economy remains largely deferred.

According to the World Economic Forum (WEF) Global Competitiveness Report for 2015, South Africa is ranked 138 of 140 countries in maths and science education – just above Egypt and Paraguay. The ranking on internet access in schools is 119 of 140. These are indicators of a constrained development trajectory.

Although the national government dismisses this index, a range of indicators points to diminishing competitiveness. For example, South Korea produces 187 doctoral graduates for every million citizens while South Africa produces 28 Ph.D. graduates for every million citizens. Ignoring these indicators is imprudent. South Africa requires strong leadership to ensure that successful public policy leads to quality education.

The status quo is contributing to increased dependency, economic contractions and potential sovereign rating downgrades. For Africa, and in particular South Africa and those in the emerging markets category, newly industrializing countries clearly demonstrate that the pursuit of a knowledge economy and technology education is the best option for improving economic performance. This is a long term policy intervention that will require dedicated and resolute leadership.