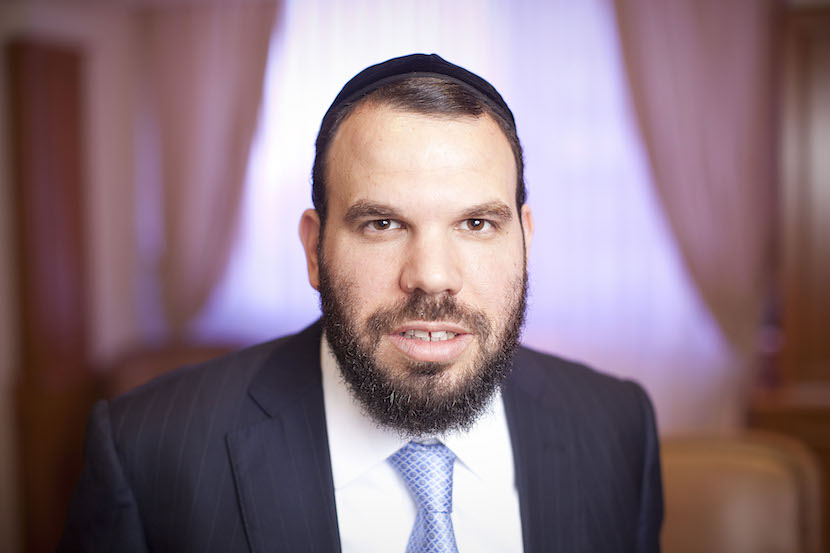 Corruption in high places is Africa’s biggest curse. It is the ultimate mis-allocation of resources and condemns Africans to remain the world’s poorest people. Corruption also transforms the honourable motive of seeking political office to serve one’s fellows, into a disgusting ruse to grab the State’s resources for selfish reasons. Democracy is the most effective antidote to this disease. But it only functions where there is a free media that asks the right questions of those in power; and an independent judiciary that upholds constitutions which ensure free and fair elections. South Africa has both, hence it is now common knowledge how the Indian immigrant Gupta family rapidly accumulated incredible wealth through befriending and manipulating the politically powerful, especially President Jacob Zuma. The “Zupta” equivalent in the DRC is shadowy Israeli diamond billionaire Dan Gertler – the central figure in a US anti-corruption court action against a New York headquartered company. Any American citizen – or company – engaging in bribery anywhere on earth can and often is charged in their homeland. This week Och-Ziff, the world’s fifth biggest hedge fund, agreed to pay a $413m admission of guilt over corrupt activities in the DRC. The investigation blew the lid off a sickening plunder of DRC resources by the politically powerful and their associates. It raises further questions over the real reason why hundreds of SA troops were deployed to the DRC. Especially as troops were sent in shortly after mineral rights owned by Irish group Tullow Oil were removed by DRC Presidential decree to be given to the Zuma family. Particularly after the Och-Ziff case, one hardly needs to be a genius to join those dots. – Alec Hogg

By Franz Wild and Keri Geiger

(Bloomberg) — Dan Gertler, an Israeli diamond tycoon, gave Och-Ziff access to some of the richest mineral deposits in Africa.

Using his close ties to the president of the Democratic Republic of Congo, Gertler developed a virtual monopoly in the country’s diamond exports for a time. He then expanded into other types of mining, becoming a billionaire. Capitalizing on his resourcefulness, Och-Ziff Capital Management Group LLC created a joint venture in 2008 that invested in Gertler’s operations in Congo through a web of companies.

Now an Och-Ziff unit has acknowledged paying millions in bribes to gain access to lucrative deals in Africa, and the fund operator has agreed to pay $413 million in penalties, all related to violations of the Foreign Corrupt Practices Act. U.S. prosecutors are continuing to investigate Gertler and several others with ties to the hedge fund operator, according to people familiar with the matter. Gertler hasn’t been charged.

A U.S. Securities and Exchange Commission lawsuit unveiled on Thursday says that Och-Ziff formed an unwritten partnership in 2008 with a person described as “DRC Partner,” “an infamous Israeli businessman with close ties to government officials at the highest level” in Congo.

A person familiar with the matter identified that partner as Gertler. Over a 10-year period, the partner and others paid more than $100 million to Congo officials “to obtain access to, and preferential prices for, opportunities in the government-controlled mining sector,” according to Och-Ziff’s deferred-prosecution agreement with the Justice Department.

Two Och-Ziff employees “understood that DRC Partner would use the funds Och-Ziff provided to him to pay bribes to government officials in order to maintain his corrupt relationships,” according to the complaint. In a 2006 e-mail cited by the SEC, one of them said that Gertler “has some skeletons.”

A spokesman for Gertler’s Fleurette Group said that the firm “vigorously contests any and all accusations of wrongdoing in any of its dealings in the DRC including those with Och Ziff. The Fleurette Group and Dan Gertler strongly deny the allegations announced today, which are motivated by a hedge fund trying to put behind it problems sparked by people that have nothing to do with Fleurette.”

Och-Ziff’s relationship with Gertler recalls a familiar tale: A hedge fund operator seeks an investment advantage through special connections and profits from privileged information, attracting attention from authorities. What’s different in this case is that the relationships and payments under scrutiny, prosecutors say, gave Och-Ziff access to private mining deals instead of tips that could be used to trade shares of public companies.

With metal prices booming about a decade ago, Gertler was introduced to Michael Cohen, an Och-Ziff partner who headed the firm’s London office, according to two people with knowledge of the situation.

Soon, a joint venture set up by Cohen was making loans to Gertler companies to buy stakes in copper and cobalt companies, according to the companies’ public statements and filings. In 2010, Och-Ziff directly made a second loan to another Gertler venture that was exploring for oil, according to a spokesman for Fleurette Group.

In return for the first loan, Och-Ziff’s joint venture gained the rights to an equity stake in Gertler’s profitable commodities businesses, those records show. The loans were routed through shell companies and subsidiaries, according to company registration documents.

Millions of dollars in bribes were paid to government officials to grease the wheels for Gertler’s companies to buy majority stakes in lucrative mines and oil fields, according to the SEC complaint. Bribes played no role in his business dealings in Congo, the Fleurette spokesman said.

U.S. prosecutors are continuing their investigation. Gertler and Cohen haven’t been charged.

“Michael Cohen has an unblemished reputation built over the course of a career spent creating value for Och-Ziff’s investors,” Ronald G. White, Cohen’s lawyer, said in an e-mailed statement. “We are confident that, when all the facts are known, it will be clear that he has done nothing wrong.”

Gertler is the scion of a diamond-trading family whose grandfather co-founded Israel’s diamond exchange. He arrived in Congo almost 20 years ago looking for rough diamonds for his family’s bustling gem trade. That was shortly after rebel leader Laurent-Desire Kabila toppled the longtime dictator Mobutu Sese Seko.

Born to secular parents, Gertler is now an ultra-orthodox Jew with 11 children who has said he returns to his five-story, marble-floored home in a poor section of Tel Aviv for the Sabbath most weeks. He describes himself as hyperactive and driven, often standing and pacing the room in conversation.

“When I do something, I do it,” he told Bloomberg during a 2012 interview spread over several days between Congo and Israel, one of his only major media interviews. “I don’t waste time, I don’t give myself any discounts, I don’t sleep much. I don’t have a lot of nightlife or a lot of time just with friends. I’m just very, very focused on what I have to do.”

His steeliness was evident from an early age. A fanatical soccer player, he ended up in the hospital after crashing his head into another player, he recalled in the interview.

After setting out on his own to expand on his family’s success, Gertler, still in his 20s, started flying around the world in search of uncut diamonds. By Gertler’s own account, a local rabbi set up a meeting with Kabila’s son, Joseph, the army chief who would become Congo’s president.

In the interview four years ago, Gertler said the two young men hit it off immediately.

It wasn’t long before Gertler, who has talked openly about his relationship with Joseph Kabila, was making deals in Congo and enjoying the benefits of what he and the government have described as a monopoly on diamond exports. In 2001, Joseph Kabila took over as Congo’s leader after his father was assassinated.

In the interview, Gertler described Kabila as “the new Mandela” for his role in bringing peace to Congo.

In several instances, Gertler bought and resold the mining projects within months. But Gertler still does business in Congo and has taken credit for bringing billions of dollars in investment to the developing nation. He has partnerships with Glencore Plc to operate two copper and cobalt mines in the south and a gold exploration partnership with Randgold Resources Ltd. in the northeast. He also controls several oil blocks and has a string of exploration permits in Congo, the biggest country in sub-Saharan Africa.

Glencore’s chief executive officer, Ivan Glasenberg, said in an interview last month that the Swiss commodity miner and trader hadn’t faced any pressure to review its relationship with Gertler after he was linked to the U.S. probe of Och-Ziff.

Randgold didn’t immediately respond to a request for comment.

The younger Kabila’s rise to power and subsequent election wins spurred hopes that the mineral-rich country would emerge from a decade of war and upheaval to become a stable democracy. But skirmishes with rebel groups and persistent poverty and corruption have kept the country on edge even as commodities prices have boomed.

Some of Gertler’s transactions that Och-Ziff funded were criticized by groups including former United Nations Secretary-General Kofi Annan’s Africa Progress Panel, which has said Congo lost at least $1.35 billion between 2010 and 2012 because state-owned mineral assets were sold at undervalued prices. Both Gertler and officials from Congo deny the country lost out because of the deals.

The U.K.’s Serious Fraud Office is looking into transactions in which the Eurasian Resources Group, a Kazakh mining company, bought companies from Gertler that had been funded by Och-Ziff, according to a person familiar with the investigation.

Congo’s information minister, Lambert Mende, didn’t answer calls and a text message to his mobile phone. Congo’s government has denied that any of its dealings with Gertler were improper and lauded him for his loyalty and the investment he has attracted to the country. Gertler’s Fleurette Group has said that he hasn’t benefited from his relationship with Kabila.

Gertler has been unable to sell his oil blocks, even though major international companies are investing in a similar project across the border in Uganda, according to people familiar with his efforts to sell the blocks.

Fleurette says it has invested $100 million in the project. It has been hampered by the fact that the blocks are far from any shipping points and by low oil prices. Gertler has recently expanded his charity work, including a 1,482-acre farming project to support Congolese farmers, according to his holding company.