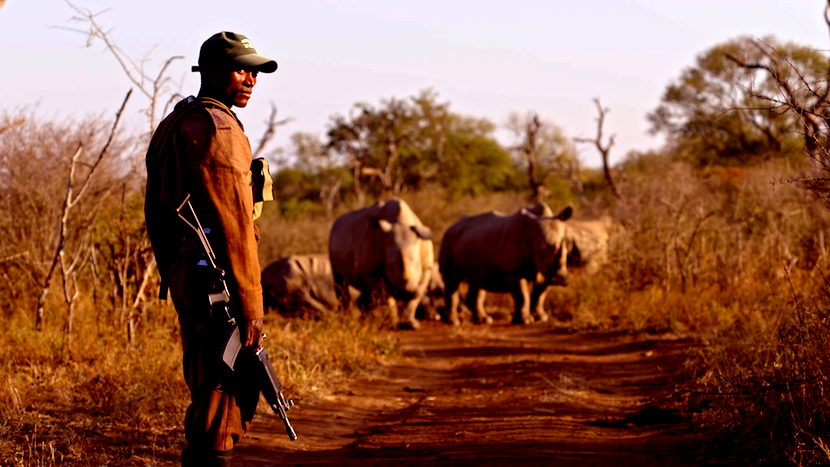 Every era is remembered by a specific genre. And in South Africa, we’ve had some good ones since 1994. But the rule under President Jacob Zuma will be remembered for one thing – corruption. Everywhere one looks, there is a dodgy deal of sorts where those in power use it for personal gain, rather than for the people who voted them into power. And given the major setback in support the ANC experienced in the recent municipal numbers, there is a move away from such a rule. Some analysts believed the United States vote, was more about abstaining against the corrupt activities Hillary Clinton was supposedly involved in, than a vote for Donald Trump. And one wonders if such a move will gather momentum in South Africa, in the lead up to the 2019 general elections. The latest corrupt activities were discovered by the Al Jazeera’s investigative unit, and involved the illegal trade of rhino horn. The implicated minister is head of State Security, David Mahlobo. He’s been fingered by a trader, who also implicated a high level Chinese presidential delegation, the very people who are supposedly fighting against illegal trade. The greatest gift one can give a nation is to plant the trees that will provide shade for future generations, this type of action is not only filling pockets but taking away the children’s future. On average 2 rhinos are killed every night in the Kruger Park, so the decline is fast. And as a concerned South African citizen, one wonders when the rot will stop? And is 2019 too far way. – Stuart Lowman

The investigation raises serious questions about the involvement of a South African government minister and members of a Chinese presidential delegation in the illegal rhino horn trade.

Of the just 25,000 remaining African rhino, the biggest population is in South Africa’s Kruger National Park, where at least two rhino are killed for their horns by poachers every night.

The selling of products from endangered species is banned worldwide, but high demand in China and Vietnam – where the horn is considered a sign of status and wealth – has kept the trade alive.

In Pretoria, South Africa, Al Jazeera secretly filmed a conversation with the manager of a Chinese restaurant who owns a collection of rhino horn bracelets and ivory chopsticks.

“They loved those ivory accessories,” he said. “Also rhino horn, but they didn’t buy much. They bought ivory mostly.”

The illegal spending spree was confirmed by a second source.

The Chinese government has pledged greater action on wildlife crime and did not respond to requests for an interview regarding our investigation.

In South Africa, one rhino horn trafficker bragged to Al Jazeera about his close connections to Minister of State Security David Mahlobo, who runs the country’s intelligence services.

“He came to my massage parlour every week or at least twice a month,” said the trafficker. “I know him very well.”

Mahlobo has denied any relationship with the businessman. – Al Jazeera

Allison Thompson is one of the most outspoken campaigners in the fight to save the rhino from extinction. A clue to her passion is the name she chose for the organisation she founded – Outraged South African Citizens Against Poaching – OSCAP.

She recalls the incident that led her to set up OSCAP about six years ago. A young rhino was left bleeding and mutilated after poachers cut out its horns.

“That animal was still alive when it’s having its face hacked off. You feel the anger, it’s just dreadful. Very little was being said or read about it both locally and internationally. Outraged was exactly how I felt at the time.”

There was an online appeal for practical help to save the rhino. The animal died after two days but from that anger, OSCAP was set up.

Most of her fury now is directed at the corruption which she says perpetuates the poaching.

Allison is referring to a case which caused genuine shock in conservation circles. In July 2016 a regional ranger with 15 years’ experience, Rodney Landela, was arrested in the Kruger National Park after rangers heard shots. They found a dead rhino and arrested two men in the immediate area. Rodney Landela has denied charges of poaching and is awaiting trial.

David Mahlobo is going to whistle this Al Jazeera report away. Parliament won’t say a peep either.

In other ongoing trials, vets and pilots, connected to privately owned game farms, are facing multiple charges of poaching and accused of being part of highly sophisticated, well-funded criminal networks.

Even when people are initially charged, cases often fail to reach court with no obvious explanation. People released on bail frequently disappear. Convicted poachers escape with small fines and return to the kill. “The core of our problem is that the justice system lets us down all the time,” says Allison. She wants much tougher sentences to act as a deterrent.

Another major issue has arisen when foreign nationals have been charged, mainly from China and Vietnam. The courts can’t find enough reliable translators. In some cases resident Chinese and Vietnamese have refused the work saying they’ve been threatened by criminal gangs if they help the police. In other cases translators have deliberately falsified evidence or passed details back to the criminal bosses running the networks.

One of the most common accusations is that police officers take backhanders to let suspects escape or that they are even more directly involved in the poaching. When horn is seized in police raids, it frequently goes missing from supposedly secure police storerooms. One local “middleman” we spoke to claims that he buys horn directly from corrupt police officers, who themselves have stolen it from poachers. Occasionally police officers have been convicted but it’s a rare event.

The corruption is evident in other areas too. During our investigation we heard about bribes paid to conservation officers who issue permits to private game reserves allowing them to keep rhinos and other endangered species, including those which aren’t native to South Africa, such as tigers.

Money can also change hands when export licences are requested. Both Vietnam and China have imported rhinos from South Africa, ostensibly for private safari parks or rhino farms. Conservationists are generally opposed to the idea that any of Africa’s endangered species should end up in the very countries which regard horn, ivory, lion teeth or pangolin scales as a commodity.

Thomson sums it up when she says: “Organised crime can only flourish in a corrupt environment and until we can fix our corruption here, we will never ever stop the poaching.” – Al Jazeera