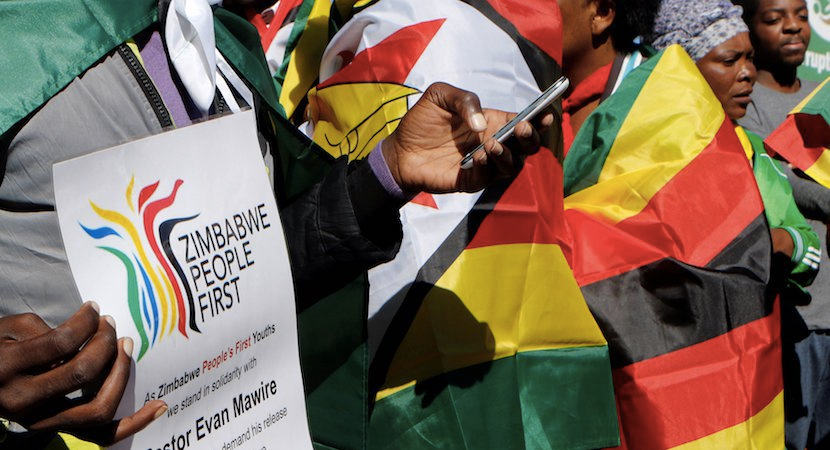 The song ‘Feeling Good’, was written by English songwriters Anthony Newley and Leslie Bricusse for the musical The Roar of the Greasepaint – The Smell of the Crowd. It was first performed on stage in 1964 by Cy Grant. The song really hit the heights when Canadian musician Michael Bublé did a cover in 2005. And as the world enters 2017, the lyrics ‘It’s a new dawn, It’s a new day, It’s a new life’, should ring true for most. Not so for Zimbabwe says Cathy Buckle, whose latest piece points to government shenanigans moving from the ridiculous to the absurd. She’s referring to the recent law on the banning of replica camouflage clothing, which saw people arrested over the festive period. Buckle’s first post of the year paints what looks like a another tough year for South Africa’s northern neighbour, and she’s crying out for leadership that can shift the country’s current course. – Stuart Lowman

High up on a kopje I sat on the smooth, cool granite stained with green and orange lichen this Christmas and looked out at the view, letting the beauty seep into my soul, erase the stress and pain of life in Zimbabwe. An eagle soared overhead, circling and gliding effortlessly, watching for the slightest flicker of movement from potential prey amongst the rocks. A dassie (hyrax) sat sunning itself on a rocky outcrop away from the rest of the group and clearly on duty: ever vigilant, watching above and below for predators, ready to cry out an alarm that would send all the others scurrying into the cracks and crevices of the kopje.

All around us the countryside has turned green in response to the plentiful rains we’ve been having and when you close your eyes you can almost hear the Zimbabwean bush coming back to life. It’s that time of year when renewal is all around you: Musasa tree seeds sprouting everywhere; mushrooms of giant proportions and startling colours; dung beetles busy maneuvering their balls; pineapple flowers, veld vans, hairy fibre stems, resurrection plants, flame lilies and others breathing life back into the bush, delighting at the new wetness of the African bush. In the game parks the babies are born: impala, wildebeest and zebra and it does the soul good to watch the youngsters cavorting and playing in the protection of their herds.

I wish, this January 2017, I could describe the rest of life in Zimbabwe as a wondrous time of renewal, revival, growth and prosperity but I cannot. Sadly exactly the opposite is true this New Year.

“How was your Christmas?” I asked a vegetable vendor. “There was nothing,” he replied, “I had nothing to share with my family. It was just another day; I was here on the street selling my vegetables.”

This sentiment was echoed everywhere and in between the public holidays the queues outside the banks were as long as ever as people desperately tried to withdraw their own money from the banks. 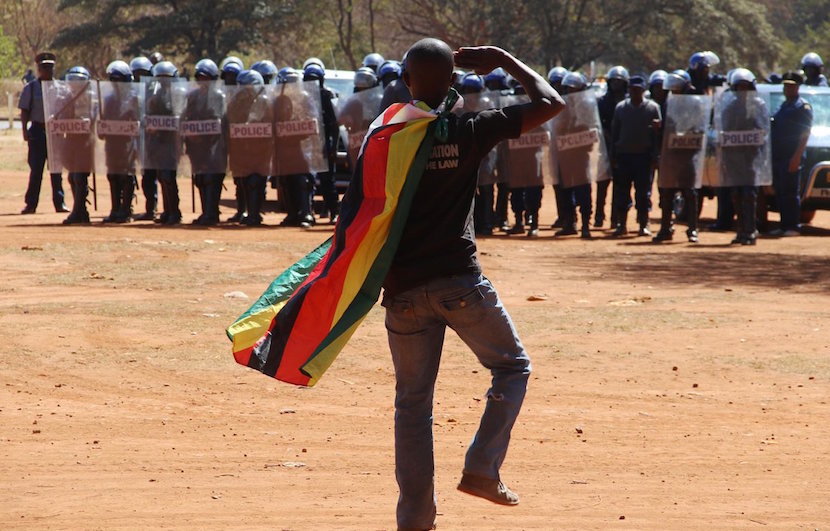 In my home town two policewomen walked the streets of the central shopping area with a white megaphone. A blaring siren similar to that of a wailing police vehicle was played through the loud hailer followed by a shouted warning. “Anyone found to be putting on (wearing) camouflage clothes will be put to jail.” It is now apparently a criminal offence to wear what the authorities describe as “replica camouflage” clothes and over Christmas seven youngsters in Kadoma were arrested on New Year’s day for wearing clothing with a camouflage design.

Also in my home town Municipal authorities have been completely invisible for the past three weeks; doing nothing about filling, patching or even putting up barricades around enormous potholes that have made many roads virtually unusable. We slide around in the mud, bang into cavernous holes, make our own detours along the verges, but still there is no sign of Municipal workers: not on public holidays and not on any work days either. We’ve had days at a time with no water in the taps, no explanation or apology from town officials and everywhere people carrying buckets to collect water from wherever they can find it. Typhoid has erupted in parts of Harare and seems inevitable to spread while negligence from local authorities continues unchecked.

This is how Zimbabwe staggers into 2017 and as January gets underway over 100 activists are to stand trial this month for participating in anti government protests during 2016. Protests that called, among other things, for electoral reforms, an end to police brutality and for one man, a clergyman, for draping a Zimbabwe flag around himself.

Like frightened dassies sitting on the rocks, Zimbabweans await the talons of the circling eagle to descend upon them with still no clear leader of honesty, integrity and decency to step forward, whistle the alarm and lead us into a new generation.