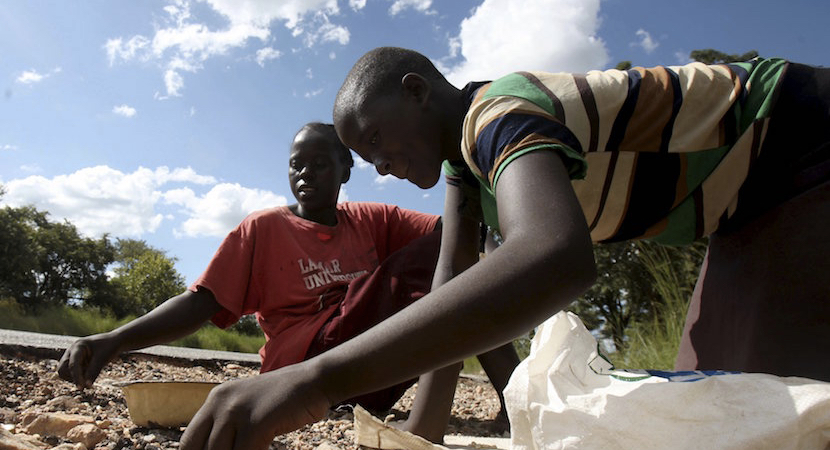 South Africans don’t need to wander to far to see what land capture, from the hands of skilled to unskilled labour, can do to a country. And while President Jacob Zuma has called on orderly land redistribution (without compensation), the knock on effects could be detrimental. South Africa already has some cases of farms being handed over, only to be turned into unprofitable, unusable pieces of land. And while no two events and outcomes are exactly the same, much can be learnt from northern neighbours Zimbabwe. Cathy Buckle was one of the victims in Zimbabwe, the family farm was captured by war vets and turned into a pile of wasteland. And seventeen years on, she still hasn’t seen a cent from government. A country, Buckle says, which has turned from being self sufficient in food – exporting its surplus – to one where five million now need food aid to survive. History often repeats itself because some are so blinded by their own arrogance, and what may seem like a short term win for some, could turn into a loss for all. – Stuart Lowman

Those words will forever remain burned into my memory; words screamed at me exactly seventeen years ago today. Words of warning from the storekeeper on our Marondera farm just a few minutes before the marauding men arrived at the farm gate. The men were strangers who whistled, shouted and threw bricks, saying that that this was HONDO, (war), declaring that my private property was now theirs. Not long after that scores of people swarmed over the land, took over the cattle paddocks, tree plantations and dams, knocking sticks into the ground claiming plots on our land and soon began building shacks on a farm it had taken us a decade to pay for; a farm bought 10 years after Independence with the approval of the Zimbabwe government.

It’s hard to believe that this happened seventeen years ago when my son was a little boy, just seven years old, running barefoot, catching tadpoles in jam jars, playing dinky cars under the shady trees. Often, in the early years of my seventeen year long marathon of telling the story of life in Zimbabwe in the form of this letter, I used to write about my young son and the effects on his life of the years of instability in our country.

Never did anyone believe that it would go on and on as it has or that our economy would collapse, the currency crash, thousands would die in political violence, from hunger and malnutrition, from AIDS and cholera as our government did whatever it took to stay in power. Never did we believe that one quarter of our population would have no choice but to flee to the Diaspora to find jobs and safety, to make money with which to survive and to support their families back home. Never did we believe that seventeen years after our own government forcibly seized our private property would we still not have been paid compensation for what they took.

When I ask my son now how he feels about what happened to us on the farm seventeen years ago he feels as I do: sad. When we drive past our farm it’s hard not to feel sad that it’s now a run down shambles: underutilized, unkempt, buildings and infrastructure looted. The look of love has gone from our farm. It was a look that didn’t come with money but with hard work and sacrifice.

“I never realized how hard farming was,” my son said to me this week and in that one sentence lies the reason that Zimbabwe is wasting so much money importing 80% of its food. Farming is hard; it needs farmers doing it, not army generals, politicians or civil servants. In March 2000, when this began, we were self sufficient in food and exported surplus to countries in the region. In March 2017 the UN says over 5 million Zimbabweans need food aid, almost half of our population.

As I write this letter, seventeen years after I began these missives from Zimbabwe, our doctors have been on strike for a fortnight; nurses have now joined them; civil servants are threatening to withdraw their services too. The poverty datum line for a family is $660 a month but most civil servants only earn $300 a month. While five million Zimbabweans need food aid to survive, our 93 year old President and his family and friends feasted on a 93 kilogram birthday cake last week and this week our President has gone to Singapore for a “routine medical check up.” How can this be?

Zimbabwe needs the look of love back; we need to be heard and to be proud again and we need to be treated with respect again. We are a nation of victims waiting for justice: victims of the mass murders in Matabeleland in the 1980’s; victims of political violence; victims of farm seizures; victims of corruption, victims of human rights abuses. For too long we’ve been treated with contempt and disrespect by government officials in every department at every level. 2018 elections draw closer and it’s time to appeal to every Zimbabwean, at home and in the Diaspora ,to join the calls for electoral reforms and legislative alignment with our new constitution to enable every Zimbabwean to vote, wherever you are in the world, and end the contempt and disrespect of 36 years.