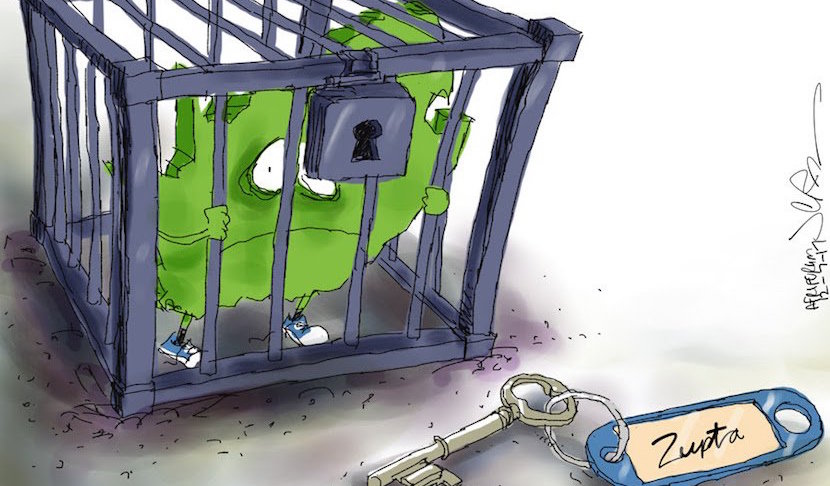 EDINBURGH — McKinsey & Company is a multinational that rakes in billions in juicy consulting fees. It has been identified as among the companies to have benefited from the Gupta-Zuma state capture campaign played out across South African state-owned entities. It has been linked to deals at Transnet and Eskom. So far, McKinsey hasn’t taken any responsibility for the role of its South African partners in enabling it to benefit from the proceeds of financial irregularity and corruption. Instead, McKinsey sent out a brief and carefully crafted statement this week reiterating its claim that it never had a subcontract with Gupta-linked entity Trillian. Conspicuously absent are McKinsey answers to detailed questions from Advocate Geoff Budlender about its role in state capture and links with Gupta associates. The questions are in the public domain. Business leader Tokyo Sexwale would like a full public commission to bring the rot out into the open. In the meantime, it seems McKinsey would like us to believe it had a ‘rogue’ partner in its ranks. McKinsey leaders appear to be puzzled about the documentary evidence that links it neatly to Trillian in an Eskom contract that was reported worth R1bn to McKinsey & Company. Many South Africans are calling for the punishment of the corporate corrupt and the repayment of funds diverted from state coffers in questionable transactions in the worst financial scandal in South Africa in decades. – Jackie Cameron

McKinsey & Company has been named repeatedly in media reports as a beneficiary in the state capture strategy implemented by the Gupta and Zuma families. It has been linked to Transnet deals and Eskom deals.

Vikas Sagar, a McKinsey partner, has been suspended while McKinsey investigates what happened within the bosom of its South African operation. But, so far, it seems the folks over at McKinsey’s global headquarters appear puzzled by the whole business.

After refusing to cooperate with an investigation instituted by leading South African businessman Tokyo Sexwale into the links between the Gupta family, Trillian Capital Partners and Eskom, McKinsey has moved to salvage its reputation by bringing in its public relations officers.

McKinsey issued a brief statement in which it still claims it wasn’t involved in a sham contractual arrangement with Trillian in a deal reportedly worth R1bn/year.

It skirts around allegations that this arrangement was irregular and fails to address key questions in the public domain about its involvement with Eskom deals.

The McKinsey-Gupta link was highlighted in an investigation instituted by Sexwale, an ANC freedom fighter and former Robben Island prisoner with Nelson Mandela. Sexwale resigned as independent non-executive chairman of Trillian in disgust at his glimpse of the corruption that has been bubbling behind-the-scenes and would like to see a public investigation into the matter.

A McKinsey spokesperson said this week:

“We mutually agreed to suspend our work with Eskom on 10 July. We wrote to Eskom confirming this. The decision to suspend work was mutual, as both parties are undertaking their own investigations into this matter. We have agreed to cooperate with Eskom’s investigation.

Eskom paid McKinsey and Trillian separately in respect to work on its Corporate Plan and Turnaround Programme (the latter referred to in the Budlender Report as the ‘MSA’).

All payments made to Trillian were paid directly by Eskom and presumably governed by Eskom’s rules and processes for approval of third-party payments.

As we have previously stated, and based on our investigation to date, McKinsey has never had a subcontract with Trillian either for the work on the Corporate Plan or the Turnaround Programme.

Here’s what Geoff Budlender said in his damning report on the role of McKinsey in state capture:

As the Financial Times of London highlights, according to Budlender: The relationship between McKinsey and Trillian “served little purpose other than to provide a substantial financial benefit to Trillian and its shareholders – and presumably to induce Eskom to award the contract to McKinsey”.

A McKinsey spokesperson said this week:

The letter written by one of our Partners, in February 2016 related solely to work on Eskom’s Corporate Plan. That letter was inaccurate and should not have been written as such. Our investigation, supported by Norton Rose Fulbright, is reviewing how and why the letter was written. We have notified Eskom that the letter inaccurately characterized Trillian as a subcontractor of McKinsey.

McKinsey never entered into a contract with Trillian for work on Eskom’s Turnaround Programme because, following our due diligence review, we had concerns about its ownership. We clarified this in a letter to Eskom in March 2016, in which we informed Eskom that we had terminated plans to work with Trillian as a Supplier Development Partner on the Programme.

In respect to payments made by Eskom to us, we have been informed by Eskom that payments made to McKinsey for support on the Turnaround Programme, which were directly linked to our impact in improving Eskom’s performance, were also audited by a third party, retained by Eskom.

We helped Eskom with its Turnaround Programme to stabilise its finances and reduce ‘load-shedding’ (electricity black-outs) which have contributed to a significant improvement in the company’s performance.”

Here are the glaring questions, put to McKinsey by Budlender, that McKinsey must still answer:

2. In relation to due diligence which McKinsey undertook with regard to Trillian:

Catch up on the role of McKinsey in state capture here:

First McKinsey, then SAP – but don’t forget the Chinese

McKinsey turns on its own as explosive graft scandal erupts