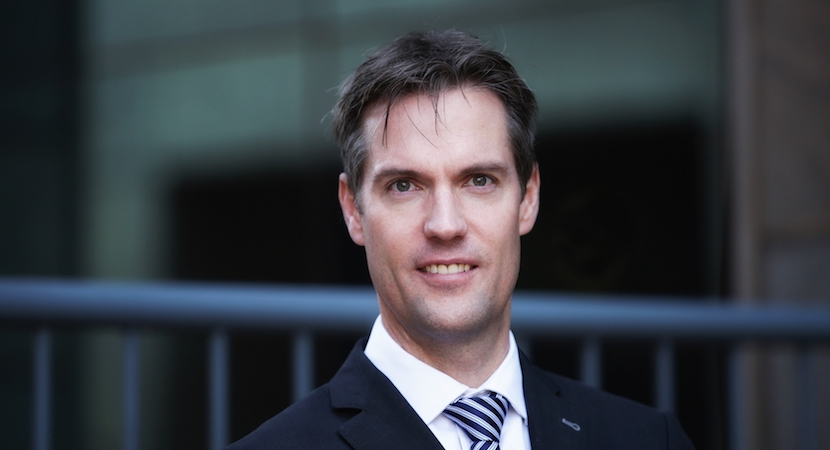 This special podcast is brought to you by RMB whose Gareth Armstrong, a Transactor at RMB Corporate Finance joins us now. You have had a long relationship with Omnia, a big industrial company in South Africa, Gareth. This transaction is the latest in quite a number that you’ve done for the company thus far.

Good afternoon, Alec. Yes, that’s correct. This is the second transaction we’ve announced and completed over the last 12 months. The first being the acquisition of Umongo Petroleum, which concluded towards the end of last year and on Friday Omnia announced the fulfilment of the last conditions for their $100-million acquisition of Oro Agri.

Last year’s transaction was about a billion rand (if you take 100 million multiplied by 12, R1.2-billion), so they certainly are investing heavily in the future?

Absolutely. That’s about R2-billion worth of transactions in 12 months. They certainly complement the existing verticals in which they operate and deals that we’re very excited about.

Please unpack the Second Green Revolution for us, which is what this deal is all about.

The Second Green Revolution is all about increasing agricultural productivity, which is key to meeting the ever-growing global food requirements from a growing global population. The decline in available arable land coupled with the efficacy of traditional chemicals (as a result of increased resistance from plants and insects), as well as other diseases, doesn’t bode well for productivity over the long-term.

Gareth, if I understand correctly, the old-style chemicals, the plants themselves and the invasive plants and insects are building a resistance to it on the one hand, and on the other hand it doesn’t really do that much good if it is used for too long?

Essentially their performance is declining. These agriculture biologicals or agriBio products can be used in conjunction with the traditional chemicals, which reduces their application rates. They can also be used as substitutes to increase crop performance and yield.

I think it’s also important to note that they play a significant role in nutrient and water utilisation, so they’re reducing the quantity of water required by the crops. I think 70% of global water usage worldwide is for agriculture. Therefore, there are significant benefits across the spectrum with agriBio products also addressing the increased regulations, especially in the Eurozone, regarding the use of chemicals in agriculture.

Omnia has identified this as an opportunity for it to expand into?

Absolutely. It provides Omnia with an opportunity to move with technology, to be competitive and to increase their global footprint. Oro Agri distributes its products to over 80 countries worldwide. Omnia already plays in the agricultural space and can use these distribution channels for some of their speciality products as well.

We know that in the computer world many of the developments and inventions, and in the biotech world as well, come from the United States. Is this where Oro Agri was born?

Yes, that’s right. They are a USA company previously listed in the Cayman Islands and subsequently delisted. They operate primarily in the USA, Europe, Brazil and South Africa. All their products are patented. I think they have 92 odd registered products and a lot of that development has taken place in the USA and Europe in collaboration with various universities and colleges.

You mentioned South Africa. How big a presence does Oro Agri have in the South or perhaps Southern African market?

It is growing, but is obviously smaller than some of the other continents. This transaction is certainly an opportunity for Omnia to grow their business in South Africa.

So, the opportunity for Omnia is not just local, but also the international market and of course the products?

Yes. It’s the ability to distribute their existing products through Oro Agri’s distribution channels across 80 countries, as well as to benefit from the technology that Oro Agri brings. There would be a significant cost to replicating both the distribution footprint as well as the product base that Oro Agri has, not to mention the time that it would take to do so. So, they’re certainly getting a jumpstart into the agriBio business on a global scale.

Within the South African market, is this an area that is expanding as rapidly as one would imagine in a more green focused country like the United States?

The green focus and the regulations regarding the use of traditional chemicals as well as the health awareness may be further progressed in the USA and Europe, but the benefit to farmers and to agriculture in South Africa is equally important.

These products essentially address two of the main agronomic issues that farmers face. Firstly, the efficient uptake of water and nutrients, and secondly, an organic pesticide. To the extent that these products can help farmers reduce their application rates of traditional chemicals; they will improve their crop yields and do so more economically.

It sounds like it’s also a good long-term bet. You might not get the immediate kick if you go to green chemicals in year one or organic chemicals, but if you take it over an extended period it must have a better impact given that it isn’t so destructive to the land?

Absolutely and it’s certainly an investment for the future. It’s taken with a long-term view and as with the many industry sectors where new technology is available, it’s more efficient, more cost-effective and more environmentally friendly. It will almost certainly become a right-to-play in the future as opposed to a nice-to-have.

How does RMB get involved in a transaction like this, where does your touchpoint begin?

Omnia obviously has an excellent feel of the markets from a global perspective whereas in a number of businesses, it’s not necessarily the case that we know of all of them ourselves. While they may know their markets better than us, we’ve certainly helped them from a transaction perspective. We got involved with the valuation of these companies and put together a deal that makes sense for the company and its shareholders. Our responsibility is to ensure that the entire process from the initial idea to closure (hopefully by the end of this month) is run efficiently and in conjunction with their other advisers.

So, would you then lend them the US$100-million, is that the way it works?

Yes. We were involved across a number of aspects of the transaction, starting from an M&A as well as a financial advisory perspective. We also assisted them with their funding and balance sheet optimisation to ensure that their balance sheet is appropriately structured and enhanced to make the best use of their capital.

We secured the relevant regulatory approvals from the Reserve Bank for the transaction. We also obtained approvals around structuring the hedging and the funding to ensure that the Dollars were available at the right place at the right time.

Gareth, it was interesting looking at the financials of this transaction. Last year, or the year to December 2017 Oro Agri produced a net profit of just over US$5-million. So, you work that out, 20 times that is the price. Presumably, in a fast-growing sector and a company that has many patrons, that is not a terribly expensive price?

Absolutely Alec. It talks to the point that you made earlier around looking at a business for the long-term. There’s tremendous growth potential, it’s certainly an area that we all believe is critical for Omnia’s Agribusiness. On that basis we think a very fair price for what we’re getting.

These products are all protected by patents, there’s a distribution network in place as well as an opportunity for Omnia’s products to be sold alongside them. We believe that over the next few years when the profitability improves, it’ll prove to be an extremely valuable transaction for shareholders.

What kind of research and development process happens from here? For instance, what I’m getting at is that Oro Agri now becomes part of the Omnia Group. Do they continue to develop new products, and do they have a research facility somewhere that’ll start or keep spewing out innovative opportunities?

Oro Agri invests in research and development. It’s something I think that in these emerging technologies is an absolute must. Given their size, they obviously don’t have the ability to necessarily run all their own research and development programmes themselves and have therefore collaborated with many agri departments at universities across Europe and the USA. A lot of their research is done in conjunction with academics who facilitate their product development, which then needs to go through the trial and registration processes ahead of it being patented.

Presumably, there would be agricultural departments in South African universities who might be able to plug in this too?

I’m sure that there are plenty already looking at these types of technologies and I think it’s something that Omnia will explore to ensure that the research and development process continues to play out.

Omnia has already moved into the global environment. How significant is its footprint outside of South Africa now after this transaction?

They do have an international presence. I think this transaction bolsters that significantly. They did achieve that through their previous acquisition of Umongo Petroleum which in conjunction with this transaction has certainly played a meaningful role in increasing their presence outside of South Africa.

Just to close off with, being a US company one would expect that there would be a presence there, also in South Africa, but Brazil is the other big market for this company. Is that because Brazil is part of BRICS, does that come into the equation at all?

I think that has to do with the level of agriculture in Brazil and the size of the market and the demand for their products. Certainly, this is one of the first jurisdictions that they entered that probably was a bigger driver then necessarily from a BRICS perspective.

Well, it certainly won’t hurt to be another member of BRICS. This special podcast is brought to you by RMB.