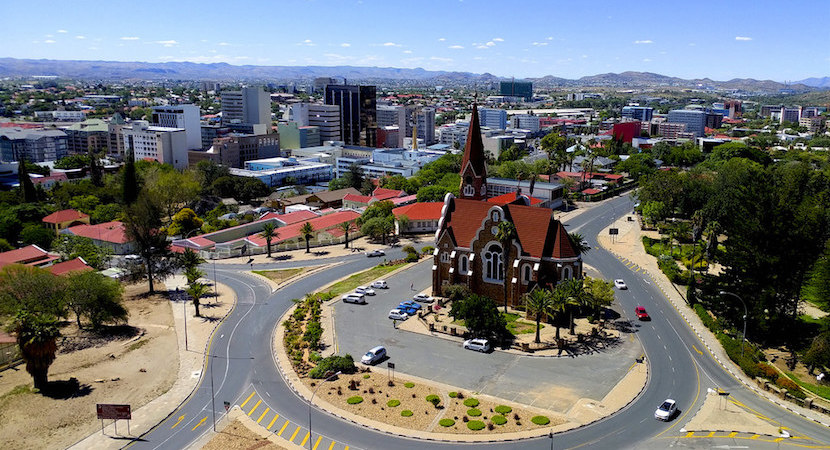 JOHANNESBURG — The land debate in South Africa – which was at its absolute peak earlier this year – has died down somewhat. Some may view that as a good thing. But this article on Namibia highlights how SA actually can’t afford to bury its head in the sand. The reality is that there is a shared history in our Southern African region and there is lots to learn from the progress as well as mistakes that others have made. If anything, Namibia hasn’t done enough when it’s come to redress and it’s causing a sense of frustration there. – Gareth van Zyl

Thirty years of German settler colonialism in South West Africa – from 1884 to 1914 – paved the way for continued apartheid under South Africa. The resistance of the local communities against the invasion culminated in the first genocide of the 20th century among the Ovaherero, Nama and other groups. As main occupants of the eastern, central and southern regions of the country they were forced from their land into so-called native reserves.

Forced land dispossession continued. Even independence brought little relief. The negotiated transition to independence in 1990 entrenched the structural discrepancies created during colonialism. In exchange for occupying the political commando heights of a sovereign state the national liberation movement SWAPO accepted the material inequalities it inherited without any major debate.

Namibia’s Constitution was adopted as a precondition to independence. Its chapter 3 on Fundamental Human Rights and Freedom cannot be changed. Next to civil and political rights, its article 16 states that any expropriation of private property requires compensation that is just.

Not surprisingly, the question of land has been hotly contested ever since independence. A National Land Reform Conference took place in 1991. Its recommendations included the redistribution of commercial farmland, a land tax and the reallocation of underused land.

But meaningful restitution wasn’t implemented. In addition, the buying of farm land was slow and inefficient. Beneficiaries were often not able to use farms they’d got for resettlement purposes because they lacked capital and know-how.

Finally, many beneficiaries were anything but still disadvantaged. Members of the political and bureaucratic elite received preferential treatment. Subsidised by taxpayers’ money, they became weekend or hobby farmers.

More recently there have been increased demands to address the failures of the past; these culminated in a second land conference in early October 2018. But local responses to the final document that was adopted were based on previous experiences – that is, in most cases not much happens after such conferences. As an editorial in a weekly paper remarked:

Placing one or two plasters on the stump of an amputated leg, is not a cure.

The government invited more than 800 participants to the conference and allocated N$ 15 million (one million USD$) for the five-day event. Given the overwhelming dominance of state authorities and other official institutions as well as indications that SWAPO tried from the get-go to hijack the agenda, civil society organisations threatened to boycott. At the end, most of them participated merely because it was a chance to voice their frustrations.

Read also: Broken mining policies: Why Botswana and Namibia are streets ahead of SA

The Ministry for Land Reform provided access to most of the documents submitted, including those of the first Land Conference. Compared with the 24 resolutions adopted but hardly implemented then, many matters in the now 40 resolutions were a modified follow up.

A significant new addition was the issue of urban land and informal settlements. It recognised the demands of urban squatters to affordable housing, estimated at 900,000 people (40% of Namibia’s total population).

Notably, the issues of communal and of ancestral land also received more prominence and there appeared to be a greater willingness to consider interventions. These include the protection of tenure rights mainly in the interest of the poorest as victims of illegal land occupation and privatisation by members of the new elites.

What complicates matters is that land is not merely an economic affair. More than any other issue, land is a matter of identity – for those who own it as much as for those who feel it should be theirs.

Colonialism went along with violent land theft. The current distribution of land in Namibia is a constant reminder that colonialism has not ended despite independence.

History cannot be fully reversed. The structural legacies created under apartheid and the long-term demographic impact of the genocide have left irreversible marks. However, what seems a feasible compromise is to offer the San communities access to and protection in the parts of Namibia which have remained, in their views, home.

The forced removal from land on record since the early times of white settler encroachment would also be a widely accepted reference point.

#TheLandQuestion: The minority have too much. The majority, too little. Sound familiar? It’s Namibia, where 28 years after independence the country is still grappling with the question of land reform. pic.twitter.com/0fPMOxAIQE

Some of the still festering wounds can be treated. The recent Land Conference stated on “ancestral land rights and claims” in resolution 38 that “measures to restore social justice and ensure economic empowerment of the affected communities” should be identified. And it proposes to “use the reparations from the former colonial powers for such purpose”. This might offer a way out of the current stagnation in the negotiations between the Namibian and German governments.

As part of the long overdue compensation, Germany should fork out the necessary funds for a just compensation of commercial farmers, whose land was previously utilised by Namibia’s indigenous communities. It then also has to finance the necessary investments – both in terms of infrastructure as well as know-how – that will empower local communities to fully benefit from resettlement. This would be a wise investment by both governments into true reconciliation towards a peaceful future for all people who want to continue living in Namibia.

But such brokerage requires honesty to obtain legitimacy and credibility. Ten days after the Land Conference disturbing news made the rounds. A Russian oligarch, who has been in possession of three farms since 2013, had added another four farms to his Namibian empire. This shady deal with the Land Reform Ministry was made a week before the Land Conference, whose resolution 21 stated “no land should be sold to foreign nationals”.