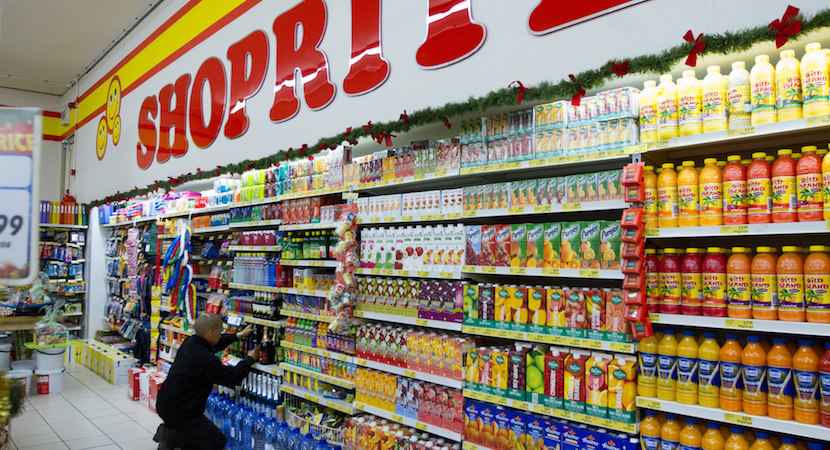 JOHANNESBURG — Shoprite is Africa’s biggest retailer, but surprisingly it hasn’t had a presence in Kenya – a country where the grocery market is fast heating up after years of good economic growth. The retail market there is so hot that landlords up the rental prices when big retailers want to move in. Nevertheless, Shoprite has finally found an opening in Nairobi, but it will have to be at the top of its game as it’s set to compete against the likes of France’s Carrefour. – Gareth van Zyl

(Bloomberg) – Shoprite Holdings Ltd. is seeking a foothold in Kenya’s retail industry, where the collapse of two local supermarket chains has created opportunities for Africa’s biggest grocer and its international rivals.

The Cape Town-based firm opens its first store in Nairobi on Thursday, at a site previously occupied by struggling Nakumatt Holdings Ltd., which has shuttered all but six stores in East Africa’s biggest economy. French retailer Carrefour SA, Wal-Mart Inc.-controlled Massmart Holdings Ltd. and Choppies Enterprises Ltd. of Botswana are also seeking to fill space left by the debt-ridden company and state-backed Uchumi Supermarkets Plc, which is facing a winding-up petition.

Up for grabs is a market with a formal retail penetration of 33%, meaning about a third of shopping is done in stores rather than market places. That makes Kenya the second-biggest retail centre in Africa behind South Africa, according to a study by Nielsen. The target is to grow the ratio to 35% by end of 2019, according to Chris Kiptoo, principal secretary at Kenya’s state department of trade.

Shoprite’s plan to expand in that market is hampered by competition, particularly from Paris-based Carrefour, which is driving up rental costs, according to Gerhard Fritz, Shoprite’s head of operations outside South Africa.

“Due to the aggressive expansion of Carrefour there are no cheap sites left behind with the demise of Nakumatt and Uchumi,” he said in an emailed response to questions. “We have declined some sites as we feel rentals are too high. Landlords are having a field day playing each off against each other.”

Even so, Shoprite is scheduled to open three more stores in Kenya next year, he said. For Carrefour’s part, the retailer has trebled its number of outlets in the country to six in the past year and has two more opening in coming weeks. Nakumatt, which applied to the High Court to be placed under administration in October, 2017, had 62 branches across the East African region.