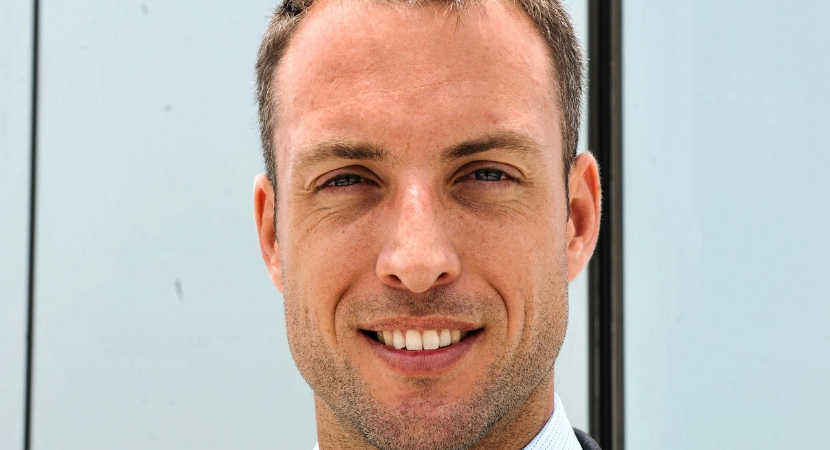 JOHANNESBURG — Despite a tough economy and the political uncertainty of land reform hanging over South Africa’s agricultural sector, Afgri South Africa, with the help of Rand Merchant Bank (RMB), has managed to get a group of investors together to create a new silo investment unit. In a bold new deal, the new strategic storage platform, dubbed ‘Afgri Grain Silo Company’, has been created to acquire 100% of Afgri’s South African portfolio of owned grain silo and bunker facilities, representing 25% of South Africa’s grain storage capacity. The deal is expected to dramatically increase the unit’s capacity for storage while also boosting food security in the region. In this interview, David Jones, who specialises in infrastructure finance at Rand Merchant Bank, tells us more about his bank’s role in the deal and its significance to the local agricultural sector. – Gareth van Zyl

Thanks Gareth. It’s a pleasure.

RMB Infrastructure Finance and RMB Principal Investments have recently helped facilitate the creation of a new grain storage platform vehicle in South Africa. It’s called the Afgri Grain Silo Company. The transaction, which I believe is valued at over R3bn, will see the Afgri Silo Company represent 25% of South Africa’s grain storage capacity. This is as a result of Afgri Silo Company having acquired 100% of Afgri South Africa’s portfolio. Can you tell us more about the relevance of this transaction and what RMB’s role here was exactly?

As context, we got in touch with Afgri when we learned that they were looking to unbundle these assets from their balance sheet. The thinking was to put them into a vehicle in which they could raise capital from partners for long term growth and investment in this sector. We sat around the table with them and designed a structure that enabled this to happen. The transaction entails the movement of these assets into a vehicle that isn’t an outright sale.

Afgri is still very much an integral part of the structure. It’s also the main operator of these assets which are central to their business. But alongside them, they’ve now been able (through this platform) to crowd-in investors who are interested in this sector, infrastructure, long-term assets and real assets that are well placed for food security.

What’s interesting here is that this deal will also enable it to increase its storage capacity from between 4.7 million tonnes to 6 million tonnes — and that won’t just be for grain. Can you explain the very real tangible impacts here?

It was key for Afgri to raise capital from these assets. Through quite a long process, they’ve restructured into an investment holding company that has an interest in the agriculture system and the sector. They are essentially growing an investment into the theme of food security with financial services as an enabler to unlocking this.

By introducing investors who are interested in this sector, they have brought in partners who are looking to invest. The process frees up capital for further investment in the agricultural commodity storage business and through that mechanism, you’ll see growth from 4.7 to 6 million tonnes of storage capacity.

This development is also being described as having established an entirely new infrastructure asset class in the form of an evergreen real asset-backed private sector concession. Can you explain what that ‘evergreen’ part entails exactly and what makes it unique in that regard?

What you typically will see with a concession is that you’ll have something like a concession agreement or a PPP (Public-Private Partnership) agreement where there’s a definite start and an end date – so the life cycle of that business is limited to the contract length. What we’re dealing with here is a private sector business that’s been in operation for decades with assets that are in some instances 50 or 60 years old. The underlying business of food security and grain storage however is one that is seen as evergreen. That means it survives in any particular period or any business cycle.

Food security is a theme that has a lot of longevity, so when we talk about evergreen, it means that as long as these assets are looked after, one is able to design a system and take a long-term view through the cycle in this asset class.

Obviously, you get some years where it may rain a lot or years of drought, so there is some intrinsic volatility to the volumes that flow through any grain silo system. But by taking a real long-term view that’s underpinned by fundamental drivers like food, food security, demand for food and the production of food, it makes this asset class the ideal evergreen type of business.

You’ve used the words ‘food security’ quite a lot. Can you explain that more because many people look at the agricultural sector in South Africa now and there are some political concerns around land reform. How will this deal impact food security for the region?

In the longer term, there’s a positive impact on food security. Clearly, in times of volatility, you need to potentially import grain and imports can flow through the port facilities in South Africa. But ultimately grain needs to go where there is demand such as in the central regions of South Africa. You’ll find that Afgri Grain Silo Company’s portfolio is well-placed along the imports channels – so there’s food security to support domestic demand.

I guess from a political perspective, food security is extremely important across the socioeconomic divide of South Africa. I think what’s important is that one creates opportunities and platforms such as what’s been done here, where the private sector can actually invest in the sector. I believe that the agri sector is getting increasing traction in terms of investment and if capital is going into the sector, that means there’s overall growth in the sector that is positive overall for food security.

This deal also unlocks several Black Economic Empowerment partnership and opportunities. Can you tell us a little bit more about that?

One of the institutional investors that invested in the Afgri Grain Silo Company is WIPHOLD – Women’s Investment Portfolio Holdings. We’re obviously very excited about their participation as they already have a number of investments in the agri sector. They also farm maize and grain in the Eastern Cape – so it’s quite an exciting partner to have in this platform. They are taking a long-term and positive view of the sector and South Africa as a whole.

Then there is also the participation of the Land Bank. The Land Bank is a historical partner to Afgri. They have a business relationship that spans a number of years. It’s quite exciting to have their involvement in this platform as well, and certainly, given their mandate as a state-owned enterprise, they’ll be looking to warehouse and potentially introduce future black-owned investors (financial investors or trade players) into this vehicle. I think there will be many more opportunities to bring in the right kind of investors who are bullish of the sector, and who want to invest and be partners alongisde some of South Africa’s leading financial investors and trade players.

Finally, what is the strategic importance of a deal like this to RMB specifically, because I believe that it took various layers within RMB to help get this done?

Speaking just from RMB’s Infrastructure Finance team’s point of view, we don’t see ourselves as playing purely in the power sector. Obviously, momentum from the renewable energy programme was a boon for the asset class and the infrastructure business across the country as a whole. But apart from the power sector, we also like alternative infrastructure asset classes, toll-roads, storage facilities, tank farms, ports and rail. This was really exciting for us to structure around a completely new asset class. Afgri provided a tremendous opportunity for us to try to pull that together.

We really hope to bring in other areas of expertise within the bank and the FirstRand Group, such as FNB who is a key player in the agri sector – as end-to-end funders to farmers in the form of stock financing, farmlands etc. By partnering with them we were able to get a greater understanding of the sector. This knowledge impacted our design around these assets, and will help us determine the most relevant and appropriate structures for the sector.

David Jones, thank you so much for chatting to us on the podcast today.