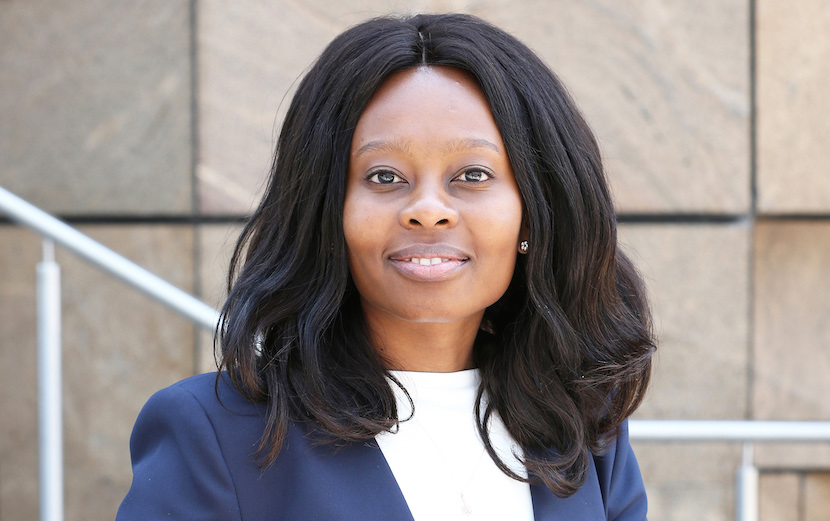 In this special podcast, RMB Infrastructure Transactor, Sindisiwe Mbuli takes us into the deal which combined four previously independent BEE entities into iThokazi – a 100% black owned renewable energy company. iThokazi owns six solar PV projects and two wind farms, which together, generate 300MW of much needed electricity for South Africa. They also bring in active engineering and construction arm specialising in the renewable sector. iThokazi is well positioned for the South African government’s next round of bidding to deliver renewable energy. – Alec Hogg

This special podcast is brought to you by RMB. It’s a warm welcome to Sindisiwe Mbuli who is an Infrastructure Transactor at RMB. You’ve been busy with a fascinating deal bringing together four BEE entities who are operating in the renewable energy space. How does a deal like this start? Who approaches who?

We have worked with these four entities before on various projects where they either invested through shareholding or they were involved in another capacity through their engineering businesses. With this initiative we wanted to create value for our BEE clients. Having worked with these entities before it was a natural fit for us to approach them and pitch this idea to them. Fortunately, they also knew each other and had a good rapport.

What was the logic behind the idea of pooling these four players together?

We knew these entities were active in and outside the renewable energy space. They are black owned engineering businesses with expertise, participating mainly through shareholding. The logic was to say that there is room for synergy to bring these people together who were already invested in the renewable energy space. Bringing these entities together could create shared synergies for them to use their engineering background and be more than just shareholders in these businesses.

We were therefore able to bring scale, not only from a shareholding perspective, but also from creating an entity with the technical knowledge to participate in the renewable energy programme. This is particularly important for the programme because what we’ve seen happen a lot is that the BEE players generally come in and participate in a passive manner. This presented an opportunity for these guys to create an active vehicle to participate more meaningfully in the programme.

So what do the companies or entities have? What did they pool and how significant are the assets that they put together?

They all had shareholding in different renewable energy projects all over the country. It ended up with six PV solar projects, as well as two wind projects. All in all they each brought shareholding into these various projects. This pooling resulted in a total of eight renewable energy projects, six of which are PV, two of which are wind. This has created one of the country’s largest 100% black owned independent power producers with a total of 300MW between the various projects.

So there’s 300MW of energy or electricity that’s being generated by eight projects that they own, but on the other hand they also have engineering skills. How are they going to leverage that or are they putting their engineering teams together? Maybe you could unpack that for us.

This is still the foundation phase. The vehicle is looking to do many great and wonderful things going forward. They have come together with the aim to participate in more meaningfully in projects and actually bring together their various skills from the various individual houses to act as one solid unit and to co-operate in the projects that are coming out in the next round. The intention is to pool their thinking, pool their ownership skills, as well as the operational skills to become more active investors in the process.

There’ll be a significant group for the next round that comes forward. We’ll talk about that in a moment, but the name iThokazi, what does that mean?

Lovely name and a lovely story. You spoke about the next renewable energy round. When is that expected?

We are all waiting in anticipation for when that will be coming, but I think we will hear some rumblings in the near future.

iThokazi will presumably be in a very strong situation as far as the bidding is concerned?

Yes. That’s absolutely the intention for them to come in strong and to partner with the other more established entities.

And with RMB behind them. How solid is your support for an organisation like this?

I’d say it’s very solid. RMB took a view because of the relationship with the entities, and they also took a view on equity shareholding of the sponsors. To facilitate the consolidation of assets, RMB provided a R310 million preference share facility to each, which was used to pay down some of the debt that had funded the various entities, as well as provide a special dividend to the shareholders. So, I would say that an entity like this is of great importance to RMB. We are very focused at present on building the BEE sector and we are looking for teams that have the right expertise and have played in the space, so we can partner with them and support them going forward.

And you’ve also focused on the renewable energy sector. What was it inside the organisation that pushed you in that direction?

The renewable energy programme has been running for a long time now. We’ve had quite a few rounds, from round one to round four and a half. It is important for us to really understand the assets. Over and above that, the assets have been operational for a while – indicating a solid track record. The construction risk is significantly reduced in these assets that we’ve all come to know and love and understand quite well. I guess it was just having a proper think about how to create more value for the parties that were there at the very beginning. I guess that’s how we ended up looking at the renewable side of things given the track record that it has in the market.

Just to close off with, tell us a little about the four entities, Usizo, Enzani, Winner’s Circle and J&J. I presume J&J is Jay Naidoo and Jayendra Naidoo?

Usizo is a 100% black owned company providing professional engineering services in the electrical energy sector. The company was founded in 1998 and is wholly owned by a gentleman called Sakhamuzi Dumakude. Its focus is primarily on project engineering and construction management, as well as electrical network operations and maintenance.

Enzani in turn was established in 2006. It is an investment holding vehicle for the four founding members. There is also another side of it called Enzani technologies – quite similar to Usizo. They have worked quite closely with each other in the energy space.

J&J is a South African investment holding company with investments in various infrastructure assets and energy sectors. We’ve established a relationship with J&J through other projects as well, for example the well-known and well-loved Gautrain project.

Then there’s Winner’s Circle which was established in 2011 which is mainly invested in renewable energy transactions. These guys have been in the sector for a while in one capacity or the other. They’ve become household names for RMB.

Sindisiwe Mbuli is an Infrastructure Transactor at RMB and this special Podcast was brought to you by RMB.