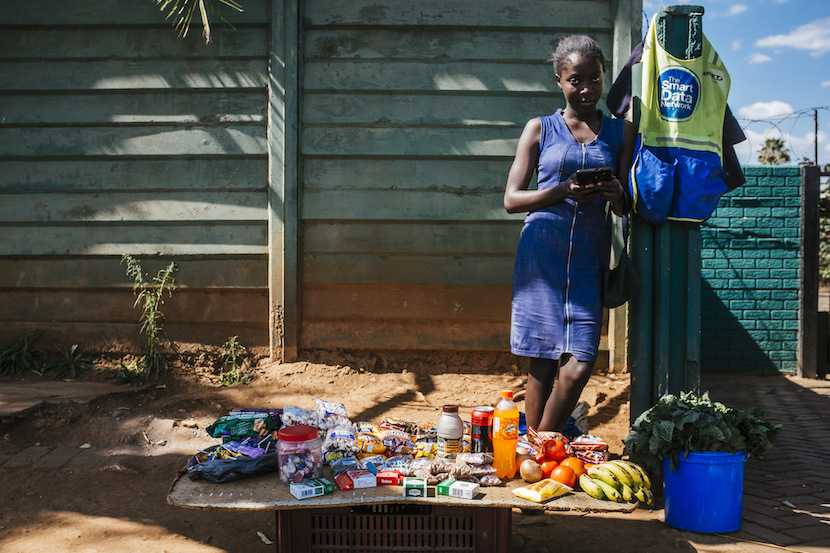 My father, you may recall, is an Afro-optimist, always believing that Zimbabwe will improve. We have often joked that he would be the last person to turn off the lights in a country that has endured years of hardship under corrupt politicians who have applied Venezuela style policies to the economy. Well, my dad is finally getting ready to turn off his lights and move. Not that there’s much light left. If Harare residents are lucky, they get electricity for a few hours in the middle of the night, so my dad gets up at that time to do some washing and water his garden – processes that require pumping borehole water because the municipal supply has run dry. There’s no point in keeping food in a fridge, because it goes off with the electricity, and shops are poorly stocked. Prices keep soaring, too, making everyone poorer. Then there’s queueing for long days to get a tank of fuel and the spectre of rising violence on the streets. Brian Raftopolous, an international studies expert, explains why there’s no end in sight to Zimbabwe’s woes. – Jackie Cameron

Repression and dialogue in Zimbabwe: twin strategies that aren’t working

Since the November 2017 coup that toppled Robert Mugabe in Zimbabwe and the elections in 2018, the regime of President Emmerson Mnangagwa has forged two forms of rule. These have been based on coercion on the one hand, and on the other dialogue.

Following the 2018 general elections and the violence that marked its aftermath, the Mnangagwa regime once again resorted to coercion in the face of the protests in January 2019. The protests were in response to the deepening economic crisis in the country, and part of the opposition strategy to contest the legitimacy of the government.

The response of the state to the protests was swift and brutal. Seventeen people were killed and 954 jailed nationwide. In May the state turned its attention to civic leaders, arresting seven for “subverting” a constitutional government. The repressive state response was felt once again on 16 and 19 August, when the main opposition Movement for Democratic Chance (MDC) and civic activists were once again prevented from marching against the rapid deterioration of Zimbabwe’s economy.

These coercive acts represent a continuation of the violence and brutality of the Mugabe era.

At the same time Mnangagwa has pursued his objective of global re-engagement and selective national dialogue. This is in line with the narrative that has characterised the post-coup regime.

In tracking the dialogue strategy of the Mnangagwa government, it is apparent that it was no accident that key elements of it were set in motion in the same period as the agreement with the International Monetary Fund (IMF) on a new staff monitored programme.

The purported objective is to move the Zimbabwe Government towards an economic stabilisation programme. This would result in a more balanced budget, in a context in which excessive printing of money, rampant issuing of treasury bills and high inflation, were the hallmarks of Mugabe’s economic policies.

The dialogue initiatives also took place in the context of renewed discussions on re-engagement with the European Union (EU) in June this year.

But, Mnangagwa’s strategy of coercion and dialogue has hit a series of hurdles. These include the continued opposition by the MDC. Another is the on-going scepticism of the international players about the regime’s so-called reformist narrative.

The establishment of the forum could provide a good platform for debate and consensus. But there are dangers. The Zimbabwe Congress of Trade Unions warned of the long history of the lack of “broad based consultation on past development programmes”. It insists that:

reforms must never be deemed as tantamount to erosion of workers’ rights.

In assessing the central objectives of the various strands of Mnangagwa’s dialogue strategy, three factors stand out.

The first is that the Political Actors Dialogue, the Presidential Advisory Council and the Matabeleland Collective were developed to control the pace and narrative around the process of partnership with those players considered “reliable”. Major opposition and civic forces that continued to question the legitimacy of the Mnangagwa boycotted these processes.

Secondly, the formal establishment of the long awaited Tripartite National Forum may serve the purpose of locking the MDC’s major political ally, the Zimbabwe Council of Trade Unions, into a legally constructed economic consensus. The major parameters of this will likely be determined by the macro-economic stabalisation framework of the IMF programme.

When brought together, all these processes place increased pressure on the political opposition to move towards an acceptance of the legitimacy of the Mnangagwa regime, and into a new political consensus dominated by the ruling Zanu-PF’s political and military forces, thus earning them the seal of approval by major international forces.

The MDC has responded with a combined strategy of denying Mnangagwa legitimacy, protests as well as calls for continued global and regional pressure. The MDC believes that the continued decline of the economy will eventually end the dominance of the Mnangagwa regime.

As part of its 2018 election campaign, the MDC made it clear it would accept no other result than a victory for itself and Chamisa. That message has persisted and is a central part of the de-legitimation discourse of the opposition and many civic organisations. The MDC has regularly threatened protests since 2018.

The MDC’s strategies have not resulted in any significant progress. The hope that the economic crisis and attempts at mass protests to force Zanu-PF into a dialogue are, for the moment, likely to be met with growing repression. Moreover, the deepening economic crisis is likely to further thwart attempts to mobilise on a mass basis.

The EU, for its part, is still keen on finding a more substantive basis for increased re-engagement with Mnangagwa and will keep the door open. Regarding the US, given the toxic politics of the Trump administration at a global level, and the ongoing strictures of the US on the Zimbabwe government have contributed once again to a closing of ranks around a fellow liberation movement in the Southern African Development Community (SADC) region.

Mnangagwa’s recent appointment as Chair of the SADC Troika on Politics, Peace and Security in Tanzania will only further cement this solidarity.

There is clearly a strong need for a national dialogue between the major political players in Zimbabwean politics. But there is little sign that this will proceed. Moreover, the current position of regional players means that there is unlikely to be any sustained regional pressure for such talks in the near future.