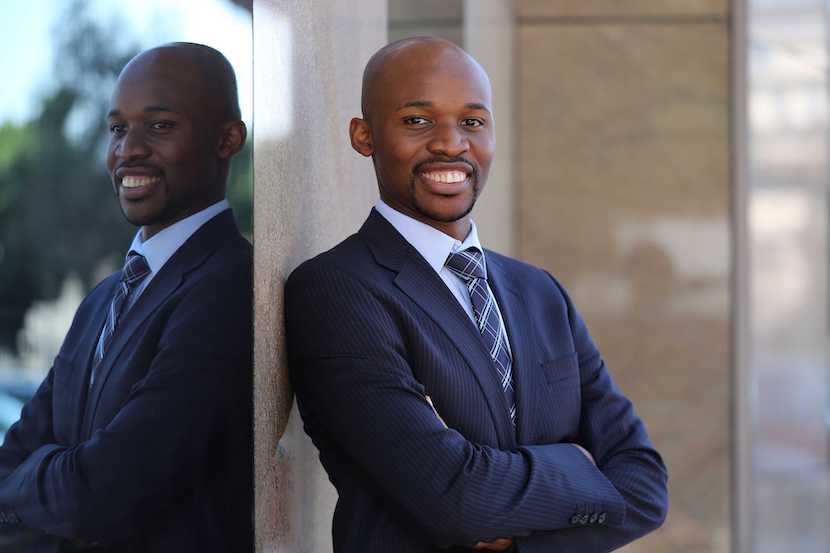 RMB transactor Lwandile Nene unpack’s the bank’s role in assisting the Africa Finance Corporation to close $650m Eurobond debt issue at an attractive interest rate. As a result of interest generated ahead of the issue, demand was so strong that the interest rate was cut from an indicative 4.75% to an issue at 4.50% – saving AFC around R150m in interest costs over the seven year term. RMB, whose relationship with the African infrastructural investment operation began in 2012, was the only African bank of the five involved in the transaction. – Alec Hogg

This special podcast is brought to you by our RMB and it’s a warm welcome to Lwandile Nene who’s a transactor with RMB. Lwandile, you guys have been busy with Africa Finance Corporation for quite some time. I know they’re based in Nigeria. But what exactly is AFC?

Hi Alec, thank you for your time. Africa Finance Corporation is a Pan African multinational development finance institution. It was established in 2007 with the intention of solving Africa’s infrastructure gap. So they provide a range of services which include items such as advisory as well as funding and treaty type services in order to assist in building up Africa infrastructure.

I saw that they recently did a deal with offshore oil drilling in Ghana, $100m that they put into that company. Is that the kind of thing that they get involved with?

Yes, they run with quite a host of different infrastructure needs that they source and fund. So when it comes to items such as power generation, transport infrastructure, heavy industries and natural resources which includes oil and gas, as well as mining and telecommunications. It really is within their scope to find these types of activities.

And who owns it?

AFC – multinational BFI that’s owned by both public and one private investor across the African continent.

All right. So it’s like a public-private partnership in some ways.

RMB has had a close relationship with AFC for numerous years. Having actually assisted with funding other projects over its time. Another noteworthy transaction that we did a few years back in 2017 was where we assisted them and raised $150m. The last transaction that we did – in April 2019 was a function of the fact that we had gone through an RFP process and been awarded a mandate alongside numerous other international banks.

That’s the interesting part about all this is that you’re the only African Bank that was involved in this mega project. How does that work? Is it just that there aren’t other African banks who are interested or is it a result of your relationship?

I think it’s a result of multiple things. The relationship that we have is quite strong and we do obviously want to participate and work on these types of transactions. But the process that they use to actually hire the banks for these transactions is a transparent one and they take into account your credentials and your abilities to go into offshore markets and assist and fund these types of projects.

Our track record in the past has been evidence of the fact that we are able to assist these multinational firms in terms of raising hard currency funding in their offshore markets.

And it is very much hard currency funding. There are two tranches to this transaction and let’s start with the fresh money, if you like the new capital $650m over seven years as a Eurobond. So, it’s from investors outside of the African continent. How do you even start on something like this? Do you have roadshows to begin with to gauge how investors will support it and at what price?

Yes. That is an important component of this. These transactions do require us to do quite a bit of marketing and publicity for the potential upcoming transaction. And so, a roadshow is very much standard procedure when doing these types of transactions. So what we did alongside this was split into two different teams and go on a roadshow with Team East and Team West. We had Team East go to Hong Kong, Singapore as well as the Middle East and Team West was running with Boston and New York and the teams converged in London and completed a one-day roadshow with two teams on the day and it was a very comprehensive international marketing process.

That’s really interesting. So, you now have a look equally to the East and the West in raising funds for an issue like this?

How how did it play out? Who was the more enthusiastic of the two parts of the world?

It was actually a very well diversified order book that came in eventually and was very well allocated. We saw significant demand coming from continental Europe as well as the United Kingdom with 20 percent coming from the United States, which actually shows that there’s quite a bit of diversification in this book. Another important highlight that we noted was that the Middle East and Africa made up a component of about 14 percent which is actually significant in that, typically these regions in the market don’t take up as much.

And the Asian market?

The Asian markets picked up 16 percent at the end of the allocation process.

And how does all of that work? Just take us through the day when you open the issue and you ask people to put in their bids. How does that process happen?

I think it’s worth noting, that this was a two-pronged transaction in that there was a live intermittent component of it where we buy back the older notes that are about to mature – are set to mature April 2020. What we did was on the day we announced the transaction – ahead of going on the roadshow, we offered the opportunity to those current holders of the bond instruments to tender their bonds in exchange for having access to the new money that was coming in for the seven year instrument. So that was an important component in that we saw significant demand from the guy’s saying you know let’s put back our instruments and have an opportunity to try and get into a longer dated instrument and get that seven year funding uptick – effectively allowing them to take what was only one year’s worth of AFC risk and turn it into seven years. That was actually quite a significant component having the previous instrument being a $750m instrument coming down to $275m after that issuance had been done.

If I understand this correctly, there was an existing Eurobond in the market with $750m as you’ve explained. That’s going to expire in April 2020, AFC needs to roll that over or at least find a way of either repaying that or rolling it over. But it’s so popular nowadays that if you were already an investor in that $750m you got a bite at the new cherry as it were, at the new $650m. Is that kind of how it works?

Exactly that. What we did was offer what they call priority allocation codes which meant that if you were a previous holder you had basically first right, first access to the new money for the new seven year issuance.

And then what interest rate? I was noticing that Germany came out with a bond, on the 11th of July, which they issued at 0 percent coupon. So, they’re not going to pay any interest. And in fact, the subscribers to that bond paid a premium so they’re getting negative interest on that bond. We’re not quite there in Africa yet but what was the interest rate?

The interest rate we landed on was 4.5%. That was the yield that they actually have to pay. This was a function of us going through a marketing process and on the day of that issue, actually being able to see sufficient demand to actually bring down the interest rate. Yes, the likes of Germany will pay significantly less due to the reduced risk, and an important component of it is that you’re looking at Africa risk vs. Euro interest rates and the euro interest rates are pretty much at zero level.

So 4.5% sounds low in anybody’s terms but when you take it a little further how much interest was there? You had $650m worth of euro bonds that you could issue. What were the applications and how big were investors?

Through the course of the day and you saw interest peak at a number of just over $1.2bn. So, in essence we could have covered the book almost twice. It was a well subscribed book and also showed us that we had priced the instrument very well in that we had a very good landing point. We could have potentially increased the amount of demand had we increased the interest rate but that would not have been to the liking of the eventual issuer in this case.

What happens now? How much money is actually going to be put into new infrastructure projects by AFC as a result of the way you help them.

I think it’s important to consider that a large component of this was refinancing. So, the $750m that was reduced to $75m, a significant portion of that was to refinance some of that debt. But in terms of net new money, we’re in the region of about $250m that the guys can now invest.

And I presume they’ve got plenty of projects to decide upon given the way that Africa is growing?

Definitely, there are significant opportunities for them to look to invest. And another thing that’s important is that AFC always looks to do transactions that are bankable and this obviously means that they need to be very sure about the allocation in terms of the projects  they wish to fund.

It’s interesting for a South African bank to be operating within Africa infrastructure development business. You’d understand it is our continent, so that is a natural progression. But how has the relationship with AFC grown over the years?

Are they likely to be looking for a lot more money into the future?

I think that’s always going to be a balance around making sure that they’re looking for more money yes, but also the right kind of money. They’re funded from numerous different sources – whether it be commercial banks such as ourselves, as well as the international bond market. So, it’s always about striking the right balance to get the right mix in terms of cost.

Lwandile Neneis a transactor with RMB and this special podcast was brought to you by RMB.