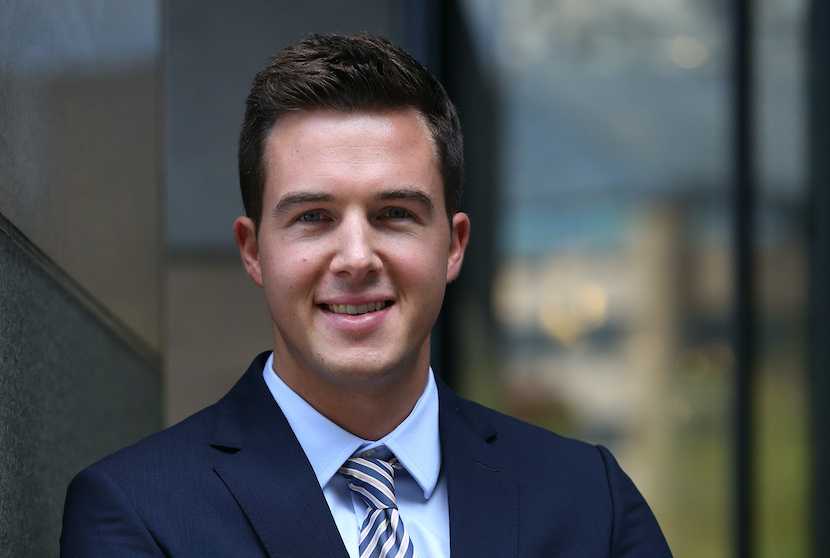 In this special podcast, RMB’s Dylan Stevenson shares the story of the R2.4bn expansion of the Fourways Mall, doubling the centre to a 180,000 square metre giant that’s now one of the largest of its kind in South Africa. The project was initiated bottom-up, with property owner Accelerate Property Fund being approached by tenants wanting to increase their rental space. The result, as Stevenson shares, has been in line with expectations. – Alec Hogg

The special podcast is brought to you by RMB. A warm welcome to Dylan Stevenson who is a transactor in the Real Estate Investment Banking team at RMB. You guys have just concluded quite a spectacular development at the Fourways Mall. Just by way of background, when did the Fourways Mall get started?

Thanks Alec, Accelerate Property Fund acquired Fourways Mall upon its listing in December 2013 and at that point in time, Accelerate sought to capitalise on the Mall’s dominant position in Fourways – which we know is a highly densified and growing node – and they partnered in creating and developing a 180,000sq/m retail and entertainment offering.

180,000 square metres? It sounds big but how does it rank with other big shopping malls in South Africa?

It is one of the largest combined retail and entertainment node – currently at 180,000sq/m, increasing to 200,000sq/m upon completion of the Leroy Merlin head office in 2021. Leroy Merlin is a French DIY retailer which already has a few stores open in the country.

That’s good news – to see Leroy Merlin coming in, a foreign investor that sees a future here. No doubt RMB sees a future as well because to double the size of a shopping mall as you’ve done in this transaction, does give you some kind of a vote of confidence in the future.

Absolutely, the expansion of Fourways Mall was ultimately driven by tenants themselves. Accelerate was receiving requests from a lot of the large national retailer groups to expand their footprint within the Mall and to add additional brands which couldn’t be accommodated within the footprint of the existing Mall. So good to see the large national retailer groups wanting to expand their footprint and ultimately this led to more than a doubling of the Mall and 250 new brands being introduced, a total of 450 stores now in operation.

What’s going on at Fourways that is attracting foot traffic at a time when we hear retail sales in South Africa are generally struggling?

Fourways has been identified as one of the most densely populated areas – you’ve got a large residential base – and what’s been interesting is the brands in Fourways have really done their best to introduce new concept stores and offerings. We see Edgars opening an 8,000sq/m store offering beauty, fashion and their latest home wares, so the existing brands have to focus on reengineering and providing their latest concept stores as well as introducing new brands – as I mentioned earlier – that previously couldn’t be accommodated. I think it’s both the makeup of the area – which provides significant foot traffic into the mall – but also the Mall’s ability to attract people from further afield, now a super-regional shopping centre and somewhat of a destination from other areas.

A roughly R2.5bn expansion project, how did RMB get involved in this?

RMB’s involvement with Accelerator stems from its listing in 2013 and it was the vision of Accelerate to develop out at Fourways. RMB acted as a debt advisor and mandated lead arranger for the funding package. We also co-funded it and were involved as joint interest rate hedge provider, so our relationship with Accelerate goes back to listing and ultimately it’s a project that we’ve been very excited about.

So you mentioned some financial terms there – we can unpack them in a moment – but in a case like this, Accelerate would come to RMB and presumably say we’ve got these plans, our existing tenants are saying they need more space, but to go from 90,000sq/m to 180,000sq/m – from an already substantial shopping mall to the biggest in the country – is quite a leap. How do you go through that process? What kind of analysis, research is done before giving them the green light?

Sounds a little bit like selling off-plan in a housing development.

Absolutely. I think it comes down to the demand for the product at the end of the day. In this case our product is a retail outlet space, so not only do we look closely at the demand for the space, but we also have to get to grips with the development itself. Understanding the project team behind it, the aesthetics of the development and crucially in the case of Fourways Mall, there was a R400m road upgrade which included an upgrade to a dual carriageway on Cedar Road and the widening of Witkoppen Road. These are very important to us in understanding the Mall – the development and the longevity – of this as a super-regional shopping centre.

The upgrade of the roads, does the private sector have to pay for that not the government?

Correct. The R400m was contributed by the developer and ultimately a crucial component of ensuring that the Mall is able to attract shoppers – getting into and out of the Mall in the easiest way possible. There were 3,000 additional parking bays developed which increased it to 8,000 bays and the mall has 52 entrances. So it’s large.

How does it compare with the big Malls in the United States? Are we getting to that kind of level?

Kidzania offers children up to the age of 18 an immersive environment to learn about different careers, the working of a city and the concept of managing money through a fabricated commercial eco-system – with streets, buildings, a transport system – and a fully functioning economy. Kidzania has a footprint in more than 20 countries globally and it’s been extremely successful in those regions. Fourways Mall offers Kizania’s first point of entry into South Africa and this is something Accelerate is extremely excited about. The store will open in the first quarter of next year.

So the parents will come shopping. The kids will go to Kidzania and every one in the family is happy. Is that part of the process?

I think that’s the plan absolutely. Something for everyone. The entertainment offering being a crucial component of how Fourways Mall has been positioned for the future.

From the financial perspective – in other words what RMB was busy with – when you talk about debt structuring and being a co-founder in an interest rate hedge, is all of that presumably to reduce the risk as far as the project’s concerned?

So when is it all going to be completed?

There will be phases of development forming part of the Fourways node, but the Fourways Mall itself – the retail offering – has been completed. The completion of the French DIY retail  Leroy Merlin in 2021 and additional hospitality offerings being placed within the node.

So in other words it’s got enough space to get even bigger?

Yes. There’s additional development bulk rights attached to the Mall, so the developer would have the opportunity to develop it further. That may come in the form of additional retail, entertainment and lifestyle offerings.

As far as RMB is concerned, have you done anything of this scale in the real estate area before?

And the fact that it’s now finished and shoppers – who might have been kept away during the construction phase – would now presumably be keen to come back. Is it meeting your expectations on foot traffic etcetera?

Absolutely. It was interesting to see the Mall still being quite an attraction – even during the development – which was extremely complicated. Post completion, all feedback from our client and from the retailers themselves, have been that they are trading as they would hope and anticipate, which is a good sign. I think that we will see continued influx and increase in foot traffic as people find their way back to the Mall post development.

That was Dylan Stevenson of RMB and this special Podcast was brought to you by RMB.