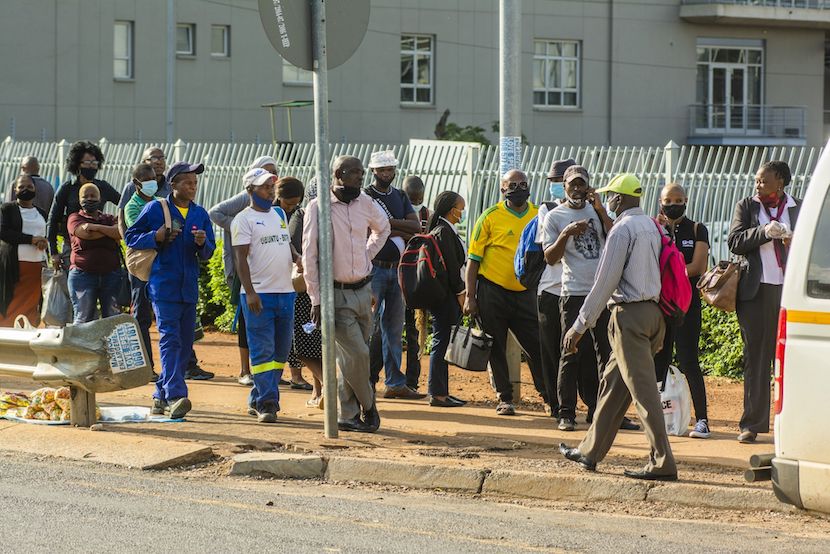 The Delta variant terrorised India this year, as the new strain made its way across the country claiming the lives of nearly 400,000 people. Now, the more transmissible strain is spreading rapidly through Africa, a continent with the poorest vaccination rate and weakest healthcare system. In South Africa, President Cyril Ramaphosa has declared a two-week level 4 lockdown in order to slow the spread and ease pressure on the straining healthcare infrastructure. Many have criticised him for poor vaccination roll-out and a badly maintained health system. This seems to be rather common across the continent, with approximately 20 countries experiencing severe surges. The Wall Street Journal reports that recently, all 30 patients in an Ugandan ICU succumbed to the virus due to a lack of oxygen supplies. – Jarryd Neves

Record infections lead to shortages of ICU beds and oxygen, as nations across continent reimpose lockdowns

By Gabriele Steinhauser and Joe Parkinson of The Wall Street Journal

JOHANNESBURG—The more-transmissible Delta variant of the coronavirus is surging across Africa, the continent with the least vaccines and weakest healthcare systems, feeding fears among epidemiologists and political leaders of a public-health disaster that could echo the tragedy that unfolded in India in the spring.

The speed of the takeover of the variant, which was first identified in India and is forcing governments around the globe to tighten restrictions on social and economic activities, has shocked health experts in Africa, a continent that—in part thanks to its younger population—has recorded fewer Covid-19 deaths than other regions. Some are warning that previous infection from another strain of the virus may not protect against Delta, leaving swaths of the population that were believed to be immune once again vulnerable.

In South Africa, families have been driving ailing relatives across state lines to try to secure one of the country’s few remaining intensive-care beds. On a recent June night, every one of the 30 Covid-19 patients in the intensive-care unit of Uganda’s largest hospital died as the oxygen supplies ran out. In Zambia’s capital, Lusaka, doctors say the mortuaries have run out of space.

“We are in the grip of a devastating wave that by all indications seems like it will be worse than those that preceded it,” South African President Cyril Ramaphosa said Sunday in a televised address in which he imposed new lockdown measures. “The rapid spread is extremely serious,” he said.

Africa’s third wave of infection comes at a perilous moment for the continent: Just 1.1% of its 1.3 billion people are fully vaccinated, medical supplies have been depleted, doctors are physically and mentally exhausted and, in some cases, unpaid and hospitals are turning patients away for lack of beds and oxygen.

Governments, struggling to rebound from the region’s worst recession on record, had been reluctant to impose new lockdowns until they saw the speed of the Delta’s expansion.

The reason—and the cause of rising panic—is the spread of the Delta variant that ripped through India in April and May, killing nearly 400,000 people according to the government and more than 1 million according to some epidemiologists. The Delta strain, also known as B.1.617.2, will probably make up 50% of Covid-19 infections in the U.S. by early to mid-July, according to researchers. It has been cited by Anthony Fauci, President Biden’s chief medical adviser, as the greatest threat to U.S. efforts to defeat the virus.

Across Africa, at least 20 countries are experiencing sharp increases in infections that have already surpassed or are projected to top earlier peaks, according to the Africa Centres for Disease Control and Prevention. Over the past week, Covid-19 infections on the continent jumped by 31%, while the number of deaths rose by 19%, the agency said.

The variant has now been identified in at least 13 of the continent’s 54 countries, although few African nations have the capacity for large-scale genome sequencing. In several—including Uganda, Congo and South Africa—Delta has become the dominant strain of the virus within just a few weeks, coinciding with unprecedented peaks in Covid-19 cases.

“It is frightening to see what is going on across the continent,” said John Nkengasong, the director of the Africa CDC. “This is the first time that we are beginning to see countries report that their health system…the hospitals are completely overwhelmed.”

In South Africa, the continent’s most industrialized economy and the country with the most sophisticated genome-sequencing program, Delta now appears to be responsible for nearly three-quarters of infections, a tripling compared with the start of June, according to data from the KwaZulu-Natal Research Innovation and Sequencing Platform. In Uganda, Delta was found in 97% of test samples sequenced recently, while in Congo it was detected in 79% of samples, according to the World Health Organization.

Health experts in the U.K., where Delta has also driven a surge in infections, say that without public-health restrictions the average person infected with this variant passes it to between five and eight people—making it more than twice as contagious as the original strain that emerged in China in 2019. Delta also appears more effective than earlier versions of the virus at evading the body’s immune responses generated by previous infections, according to laboratory experiments.

While full vaccination appears to offer high levels of protection against Delta, experts in South Africa warned over the weekend that antibodies triggered by infection from an earlier strain in laboratory experiments appeared less able to fend off the new variant. This finding is especially dangerous for countries with little access to Covid-19 shots that were counting on previous infections to blunt the force of new transmission waves.

“There is a higher risk of reinfection,” Tulio de Oliveira, a geneticist at the Nelson Mandela School of Medicine in South Africa, said during a news conference with the country’s health minister. “We didn’t expect that.”

Anecdotal evidence suggests, however, that protection from previous infection from the Beta variant that was until recently dominant in South Africa is good enough to keep symptoms mild in most cases, said Alex Sigal, a virologist at the Africa Health Research Institute in South Africa.

On Friday, Uganda’s President Yoweri Museveni called for the country’s 42 million citizens to join a nationwide day of prayer, pleading for divine intervention after some of the world’s strictest lockdown measures failed to halt surging infections. Mr. Museveni has banned public and private transport for everyone except essential workers. Employees at construction sites, factories and food markets have been ordered to sleep at their place of work for 42 nights to stop transmissions. Some districts have banned death announcements on the radio, for fear people will congregate for the burials.

In the capital, Kampala, the epicenter of Uganda’s outbreak, Covid-19 patients have drained the supply of oxygen, making it harder to keep the sick from dying. Supplies at the city’s largest hospitals are so strained that dozens of patients have died within minutes of one another as daily stocks run out, according to health officials and relatives of the victims.

Sandra Abwoli watched her sister Annette, a 35-year-old mother of two, die alongside 30 other ICU patients on June 15 in Kampala’s Mulago Hospital. “I saw health workers running up and down, they said more oxygen cylinders were on the way,” she said. “The patient next to our bed died first, my sister also died around 30 minutes later. We could hear the wailing of relatives in the corridors.”

Patients in Johannesburg, South Africa’s largest city, are dying in hospital hallways without oxygen as the waiting time for beds has increased to up to three days, doctors said. At Chris Hani Baragwanath Hospital, the country’s largest, situated in the Johannesburg township of Soweto, a junior doctor said he and his colleagues in the emergency room were splitting each oxygen port to serve three people and still didn’t have enough.

“The people you turn to end up being the people letting you die,” said the doctor.

A Covid-19 treatment tent set up at another facility, Helen Joseph Hospital, has at times run out of the bottled oxygen it depends on to treat patients, said Yaseen Theba, chairman at the Muslim Association of South Africa, a community group that has been working desperately to find beds for critically ill patients.

Families trying to treat sick relatives at home, meanwhile, are struggling to obtain oxygen concentrators, bottles and regulators. Between Monday and Friday last week, the cost of an oxygen concentrator jumped from around 14,000 South African rand, equivalent to around $980, to 35,000 rand.

—Nicholas Bariyo in Kampala, Uganda, and Aaisha Dadi Patel in Johannesburg contributed to this article.

Appeared in the June 29, 2021, print edition as ‘Variant Surges Across Vulnerable Africa.’