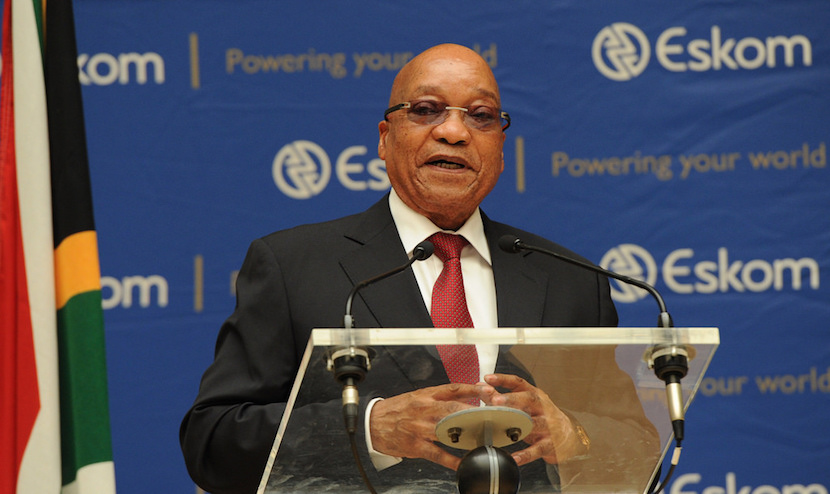 JOHANNESBURG — The trouble with the breakneck speed at which the world turns these days, is a lot goes by unread or unnoticed. And it’s thanks to journalists like Allan Greenblo that little gems are unearthed when the time is taken. In the piece below, Greenblo tackles the 2008 Companies Act, and targets directors and personal liability with a particular eye on Eskom. The recent R2.1bn write off a case in point, which if successful in holding directors liable as the Act allows, could be used as the ideal vehicle to prod South African Airways and Transnet. Greenblo singles out a few clauses from the Companies Act, which make for very interesting reading, and may have the hair standing on end of a few directors. – Stuart Lowman

The 2008 Companies Act is a fine piece of legislation. Importantly amongst its numerous objectives, it seeks to protect shareholders and creditors from abuse by directors.

More than this, it gives legal force to key aspects of the voluntary King code on corporate governance. The Act has much to say about fiduciary responsibilities and reckless trading, It also provides for circumstances where a director can be declared delinquent. And it prescribes penalties, inclusive of personal liability.

Nail one set of directors for personal liability to see how quickly other directors of mismanaged state-owned enterprises will fall into line. Circumstances at Eskom, recently exposed, make it look an ideal vehicle to begin the test for SA Airways and the SA Broadcasting Corporation (amongst others) also to heed.

Because Eskom is a company, the Act applies to it. As Eskom’s sole shareholder, the state on behalf of Eskom’s funders – being the public at large as electricity consumers vulnerable to tariff hikes and through financial institutions which buy its bonds — should be in the first line of attack to ensure compliance.

Since this is perhaps too much to expect of the state, which had appointed the directors, in the second line is the plethora on non-government organisations and opposition political parties. Several have taken it upon themselves to institute appropriate litigation for calling state entities to account. On occasion, they’ve succeeded in clawing back recompense.

Fresh grist to their mill is the behaviour of the Eskom directors in having approved the transaction by which Glencore donated Optimum Coal Mine to Gupta-controlled Tegeta Exploration & Resources. Eskom had written off a R2,1bn asset, owed to it by Optimum when controlled by Glencore, for zero consideration.

Now comes the revelation that the extent of the R2,1bn write-off was simultaneously moderated by a R255,4m payment to Eskom from Optimum (following the transfer of its ownership to Tegeta), equivalent to a discount of almost 90% on Eskom’s original claim.

This amount was more than offset by the R650m advance payment by Eskom to Optimum, once it fell under Tegeta control, for coal from Optimum that Eskom had considered sub-standard; hence the R2,1bn penalty that Eskom had imposed on Optimum when it previously fell under Glencore.

Can it be that this series of arrangements, in favour of Tegeta, was consistent with the fiduciary duty of the Eskom directors in conducting themselves for the benefit of Eskom alone? The Companies Act is uncompromising.

At s76, for example, it’s provided that a director must act:

It continues at s77 to say that any director is liable for any loss, damages or costs sustained by the company as a direct or indirect consequence of the director having agreed to the business of the company having been carried on in a prohibited manner e.g. recklessly, with gross negligence or “being party to an act or omission by the company despite knowing that the act or omission was calculated to defraud a company creditor, employee or shareholder, or had another fraudulent purpose”.

There’s additionally the severe s162 for a court to declare a director “delinquent”. This is where the director had, for example, “intentionally, or by gross negligence, inflicted harm upon the company”. Then the court may order, for instance, that “the person concerned…pay compensation to any person adversely affected by the person’s conduct as a director, to the extent that such a victim does not otherwise have a legal basis to claim compensation”.

Every person with an interest in electricity tariffs might arguably be considered a victim of the Eskom board’s conduct over the Optimum/Tegeta transaction. It’s for lawyers to match judicial interpretations with relevant facts.

The Eskom directors, at the time of the transaction, could well have plausible defences for their actions. In the process of accountability, thus far lacking, there’s a great opportunity to hear these defences from them directly. The Companies Act can only have meaning, as a constraint on directors doing as they please, to the extent that its provisions are applied.