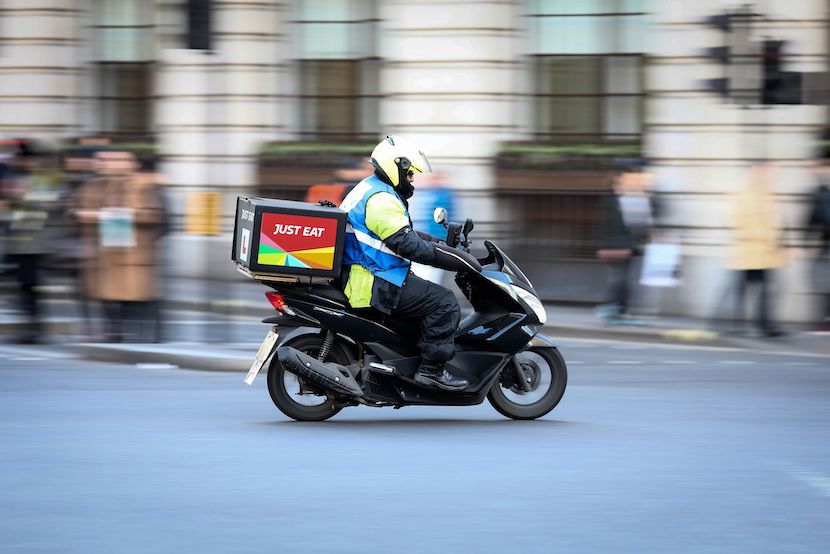 Just over a year ago, Prosus CEO Bob van Dijk told BizNews founder Alec Hogg that the future is bright for Prosus. The company walked away from what some called a hostile takeover of the food delivery service Just Eat. While some called the withdrawal a failure, investors seemed pleased with the move, and share prices rose shortly after the announcement. Larry Illg, CEO of Food and Ventures at Prosus has said that the company is building a global food delivery leader, beginning with its investments in iFood, Swiggy and Delivery Hero. In 2019, the company made a presentation in which it predicted global food delivery services to quadruple by 2022. Ted Black looks past ‘gross profit’ and delves deeper into profit at operating level, where he says entrepreneurs with real skin in the game should be looking. Did Prosus lose out, or did it narrowly escape a costly mistake? – Melani Nathan

Is food delivery a dead-end business?

But did Prosus lose? Look beyond the “growth” numbers and it seems it won handsomely. Delving deeper reveals several issues – not least a reason for the big Naspers/Prosus discount to Tencent. That’s if its many other investments have similar business models.

In 2017, Naspers bought into Delivery Hero because Bob van Dijk in a Bloomberg interview saw the “food space” as being “very, very, very large” and “probably the largest opportunity” he’d run into in his lifetime. That chimes with the views of Delivery Hero’s CEO Niklas Östberg who McKinsey interviewed in 2016.

Like most corporate managers, his prime focus was on “Gross Profit”: “Our gross profitability per order is around 90%. That also comes back to why we want to grow – because if you have 90 percent gross profitability and low variable costs, the closer you get, in theory (my emphasis) to 90 percent net profit. This compels us to build scale … and get closer to that 90 percent EBITDA margin.”

This is how his gross profit margin trend compared to Just Eat Takeaway before and after the acquisition that van Dijk failed to pull off. 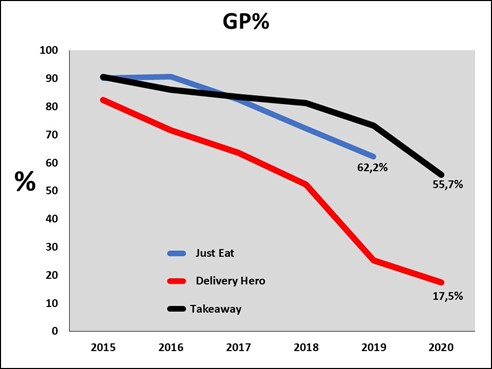 Maybe the firm did generate a 90% margin before 2015, but since then the curve has fallen steeply as indeed have those of the other two firms.

As for Östberg – if he is like most young, modern tech entrepreneurs as opposed to real entrepreneurs – he is backed by venture capital with probably little or none of his own money in the business. It means he will be obsessed by growth to boost the share price (also his stock options) and the need to create a monopoly. That means he’ll spend ever more on investment, acquisitions and marketing and support functions.

So much then for the “low variable costs” he talked about as you can see in the next exhibit. 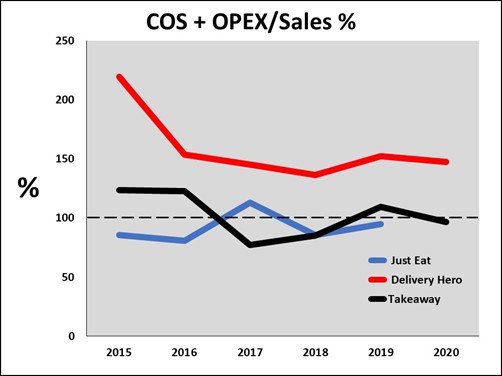 The lowest Delivery Hero’s costs and expenses have been as a percent of sales was in 2018 – 136%. As for Just Eat and Takeaway, you can see that operating profit margins can only be low or negative. 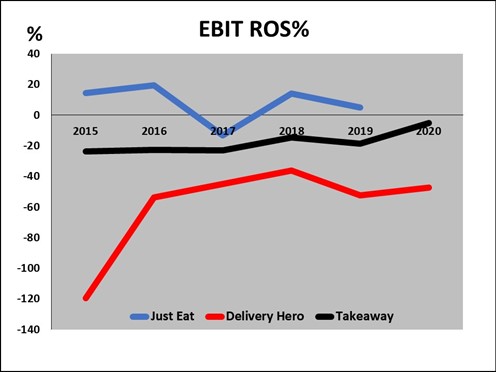 Real entrepreneurs, ones who take on personal, financial risk – their liabilities usually far exceed the assets when getting started – wouldn’t survive performance like this. They would be ruined. Not only has Delivery Hero never made an accounting profit, but it has never made a cash profit. Unlike real entrepreneurs, Östberg and Silicon Valley ones like him, face no downside risk. Capital is provided by other people and he is most unlikely to be guaranteeing loans made to the business. As for the Just Eat acquisition by Takeaway, this is the picture of sales profitability since 2019 … 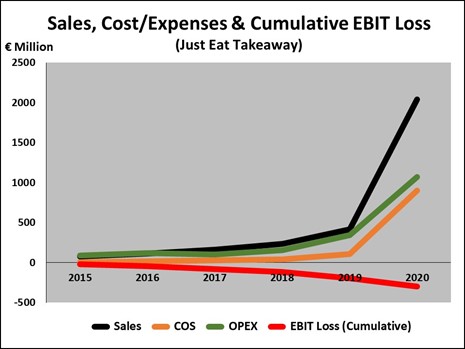 There’s growth in all respects except for profitability. The cumulative EBIT loss reached €300m in 2020 and is on a downward trend.

To compound the problem, there’s another growth curve that managers and analysts continue to underestimate, even ignore. It reflects corporate management’s inability to invest and allocate capital wisely. It’s probably the main reason asset productivity of firms has declined steadily since 1965 as Deloitte’s Shift Index showed. 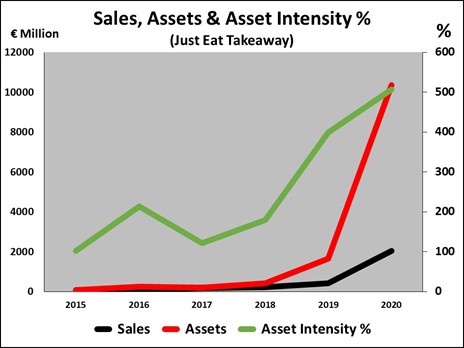 Asset intensity is now at 500%.  For Just Eat, because of the premium paid for it, it will probably be around 750%. Delivery Hero’s is around 200%. So what’s the effect of this?

It becomes extremely hard to make a reasonable return on assets being managed if asset intensity is above 100% and impossible to make an economic profit – the real bottom line. This is Just Eat Takeaway’s economic performance since 2015 … 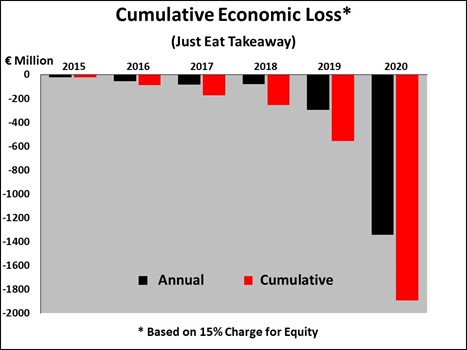 My basic calculation is to deduct a 15% cost of equity from Cash Profit after tax. The firm has not made an annual economic profit over the period and the cumulative loss is almost €1,9 billion. For Delivery Hero, the number is even bigger – almost €2.5bn – more than half its asset base.

Based on these numbers, it seems as if no food delivery firm can be viable in the long run. With low operating margins generated from an investment intensive asset base – they are even asset intensive with tangible assets – they can only be dead end businesses.

At the next chatty Naspers/Prosus analyst presentation of 2020 results, maybe Bob and Basil can provide some credible evidence to counter this view. Little has been forthcoming from them so far about the many investments they have. At the operating level, none of the sectors other than Tencent seem to make money or generate cash.

Overall, management has two prime tasks – the allocation of capital and resources to opportunities and improving asset productivity through people. When CEOs and their financial directors speak to investors and analysts, they should be giving a full picture based on those two concerns. Why?

In the food delivery sector it’s awful. It can only make you wonder how the capital markets determine value. Delivery Hero today has a market cap of €27bn. The firm forecasts sales revenue in 2020 of €2.8bn on assets of around €5bn. That’s no mean premium… and for what?