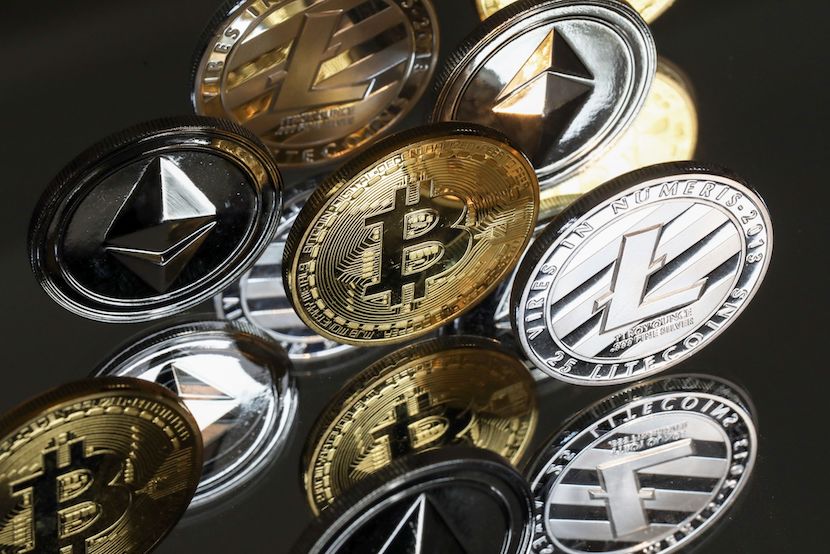 Chartered financial analyst and chief executive of IMA – a value investing firm in Denver, Vitaliy Katsenelson shares his opinions on cryptocurrencies, with the blockchain enabled currencies having taken the investment world by storm thus far in 2021. Katsenelson likens ‘investment’ in cryptocurrencies to gambling at a Las Vegas casino – his fascinating insights jotted down below. – Justin Rowe-Roberts

In mid-April I picked my 15-year-old daughter Hannah and her friend Sarah up from school and took them to Barnes & Noble. Sarah found out that I “do stocks” for a living and immediately asked me about crypto. She wondered what cryptocurrency she should buy and if she should open a Robinhood account.

I’ll tell you about the advice I gave her in a bit. But a few days later I got three calls in one day from my wife’s side of the family – from my sister-in-law (a pharmacist) and my wife’s cousins (both are barbers). They were all asking me about crypto. I told them, you don’t ask my advice on which number to put your chips on when you play roulette in Vegas; cryptocurrencies fall into the same category.

No matter what asset class you are discussing, it feels a bit “toppy” when people far removed from investing start asking you for advice about it, all at once.

I feel like an old curmudgeon writing this. I know “I don’t get it.” Crypto lovers look at me as if I am defending silent movies and treating “talkies” as unwelcome, short-term imposters. Curmudgeon I am.

When we discuss crypto, we need to separate blockchain technology from the so-called currencies. Though I have yet to see a mainstream application of blockchain, I get a feeling they are coming. However, just because a technology is useful, has a lot of applications, and is widely accepted doesn’t automatically mean that you can use it to create a genuine currency.

Here is an example. Venmo, which is owned by PayPal, is a very useful technology that many Americans use weekly or even daily. The benefits of widespread usage of Venmo, however, accrue to PayPal’s shareholders and don’t lead to appreciation of the US dollar or whatever other currency it transacts in.

When we talk about cryptocurrencies we have to make clear which one. Many consider Bitcoin their god and savior. However, there are thousands of these “currencies” out there, with dozens created every week.

Until recently Bitcoin looked like a clear winner; even Elon Musk was touting it, and Tesla bought $1.5bn worth of it. Then Musk also shared with us his love of Dogecoin – a joke of a currency (literally, it was created to mock cryptocurrencies), and Dogecoin exploded in price. A few weeks later Musk realised that Bitcoin is “Beanie babies powered by coal.” Because of Bitcoin’s decentralised nature, solving useless math problems to mine more bitcoins consumes more electricity than Argentina. Musk announced that until Bitcoin starts consuming less energy, Tesla will not be accepting it as a payment for cars. If you are an ESG-oriented pension and don’t want to own Exxon (“evil Big Oil”), I want to see how you justify owning Bitcoin.

Arguably, Bitcoin is worse for the environment than internal combustion engine cars if you adjust for CO2 production in relation to societal utility (at least cars get you places).  For the energy cost of processing one bitcoin, VISA can process 810 000 transactions, about 370 times faster.

I’ve spilled a lot of ink explaining that one of the biggest assets the US government has in its arsenal is the US dollar being the world’s reserve currency. Control over our own currency gives politicians the ability to make promises and not keep them, by constantly running budget deficits and printing and borrowing money to pay for these promises. We are able to run trillion-dollar deficits because the US government has a dollar-printing press. The US government will not give it up without a fight. We’ve started wars over less.

Cryptocurrencies are a clear and present danger to the US dollar. There is a very high probability that the US government will outlaw the use of cryptos as currencies. Sounds far-fetched? The US government did this in 1933 with gold. That was less than 100 years ago. India is threatening to ban Bitcoin. South Korea already did.

I am sympathetic to some cryptocurrency investors, especially after seeing what we are doing with our fiat currency. However, for most people they are just speculative vehicles. My wife’s relatives pay little attention to the US Government’s or Fed’s balance sheets.  They are interested in bitcoin for one reason only – it is going up.  Cryptos present these “unique” opportunities for people to pour their life savings into bits and bytes on servers far far away with a hope that they’ll magically turn their lives into paradise on the beach.

When you go to the casino you are not cashing out your life savings and borrowing from your mother-in-law, unless you are a degenerate gambler. You don’t do that because the casino doesn’t try to masquerade as a place where you invest. If you have an ounce of common sense, you know you are in a casino, a place where people gamble, the air is pumped in, you hear the unending ring of slot machines, and you can’t readily find an exit. A reasonable person will only take as much money to Vegas as he can afford to lose.

Cryptocurrencies are a different beast. You buy them on platforms that resemble your brokerage account, where (hopefully) you invest. Also, you’re not gambling with casino chips, you are buying “currencies.” Suddenly, crypto is competing not with your Vegas purse but with your 401(k). This domain confusion is dangerous. My advice on crypto has been consistent: Gamble with as much money as you can afford to lose. But remember, even when you are winning – actually, especially when you are winning – you are not investing, you are gambling, and thus approach it as a trip to Las Vegas, not a visit to your 401(k).

Now to the advice I gave to Sarah (my daughter’s 15-year-old friend). I told her, first of all, don’t open an account on Robinhood. This platform has merged the worst that social media and the casino have to offer into one interface. You are too young to gamble. If you’d like to invest, then you have to accept that it’s not a get-rich-fast but rather a get-rich-slow activity. Once Sarah heard “get rich slow,” I think she lost interest in whatever advice I had to offer. Luckily we arrived at Barnes & Noble, so she did not have to go on listening to this curmudgeon.

I’ll leave this discussion with a quote by one of my favourite thinkers, Nassim Taleb: “[Investing/speculating in cryptocurrencies is] the idea that a collection of people would get rich at the expense of society for the sole privilege that the world is adopting their currency and not another.”