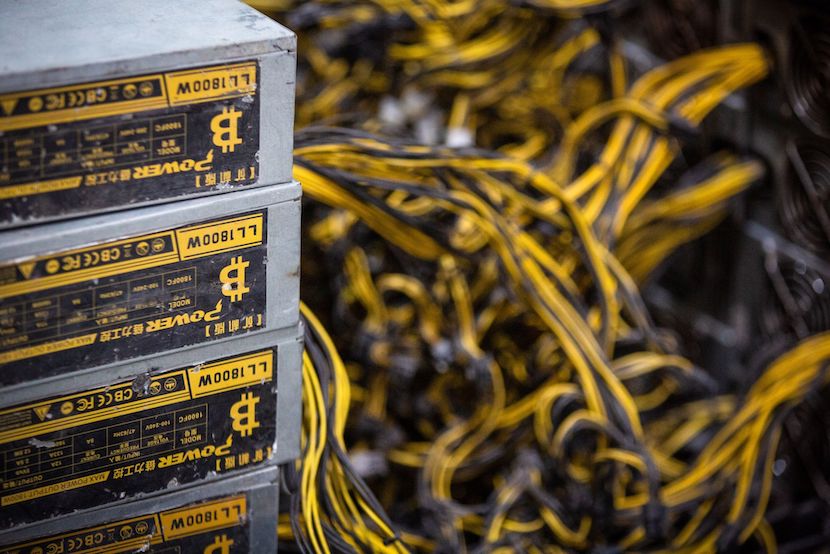 *This content is brought to you by CURRENCY HUB

CURRENCY HUB is a crypto advisory supporting crypto arbitrage, OTC and FOREX services. We have prepared a series of educational articles for the BizNews community to ensure they are better informed about the investment opportunities available through cryptocurrencies and blockchain technology.

A cryptocurrency is a virtual currency or digital asset that can be used to make secure, online payments. Cryptocurrencies are secured by computational phenomena called cryptography, which is hosted on a decentralised network referred to as the blockchain. All cryptocurrencies are powered by blockchain technology. The technology is essentially a database of transactional information known as a ledger, enforced by an independent, peer-to-peer network of over 100 000 computers around the world. Each block in the chain contains a number of transactions and every time a new transaction occurs, a record of that transaction is added to every participant’s ledger. This data is verified by the community and the validations performed by the computational sums determine the issuance and or reward of a cryptocurrency like Bitcoin.This makes it nearly impossible to counterfeit or double-spend when using cryptocurrencies and presents numerous investment opportunities through disruptive technology. All cryptocurrencies are powered by blockchain technology. The defining feature of cryptocurrencies is that they are generally not issued by a central authority, rendering them theoretically immune to government interference or manipulation.

The first blockchain technology was Bitcoin, created in January 2009 by an individual or group using the alias Satoshi Nakamoto. Bitcoin offered the promise of an online currency secured without a central authority, unlike government-issued currencies. There are no physical Bitcoins, only balances associated with a cryptographically secured public ledger. Think of Bitcoin as digital gold, a store of value, but not something you necessarily transact with.

Today, there are thousands of alternate cryptocurrencies, known as altcoins. Some altcoins that were spawned by Bitcoin’s success include Ethereum, Litecoin and Ripple. Ethereum is currently the second largest cryptocurrency and enables the deployment of smart contracts and decentralised applications. Ethereum has its own programming language, which runs on a blockchain that enables developers to build and run distributed applications on the Ethereum blockchain. Think of Ethereum as an open source network like the internet.

The potential applications of Ethereum are wide-ranging. It is powered by its native cryptographic token, ether (commonly abbreviated as eth). Ether is used by developers to build and run applications on the platform for two main purposes. It can be traded as a digital currency on exchanges in the same way as other cryptocurrencies and used on the Ethereum network to run applications.

Thanks to a peer-to-peer mindset and a blockchain like Ethereum, thousands of altcoins offer efficient and inexpensive ways to transact digitally, on the internet, using cryptocurrencies, stablecoins, security tokens and utility tokens. The most disruptive force on the Ethereum network is referred as DeFi (decentralised finance), which attracts a myriad of integrated services and company launches. These transactions rely on the mining of cryptocurrencies and the launch of new services referred to as ICO’s (Initial Coin Offerings). ICO’s churn out new currencies and ongoing development to improve the blockchain and verification of ledger activity as well as incentivise and reward participants.

The decentralised database is managed by multiple participants and is known as distributed ledger technology (DLT) where transactions are recorded with an immutable cryptographic signature called a hash. In simple terms, the blockchain can be described as a data structure that holds transactional records and ensures security, transparency and decentralisation. You can also think of it as a chain of records stored in the forms of blocks, which are not controlled by a single authority, hence the peer-to-peer community.

The blockchains that support Bitcoin and Ethereum are constantly growing as blocks are added to the chain, which significantly adds to the security of the ledger. Participants are attracted to the networks for several reasons, such as to mine cryptocurrencies, which involves verifying transactions recorded in the ledger to generate Bitcoins or to develop disruptive services made possible by smart contracts and decentralised finance (DeFi). Think of banking, investing, lending, remittance, insurance to name just a few and how a peer-to-peer community is cutting out the middlemen in the traditional financial world, increasing efficiency and reducing costs, all thanks to blockchain technology.

Look out for the following articles by CURRENCY HUB covering various investment opportunities for individuals and corporations, how Bitcoin differs from other digital assets, Bitcoin halving and its deflationary effect and Bitcoin’s status as digital gold.

Disclaimer: This article does not constitute financial advice. While the author and his firms are regulated by the FSCA, cryptocurrencies are not a regulated investment.  Please refer to CURRENCY HUB https://currencyhub.co.za/ a juristic representative of BLACK ONYX (FSP 47701) https://blackonyx.co.za/ for more information.