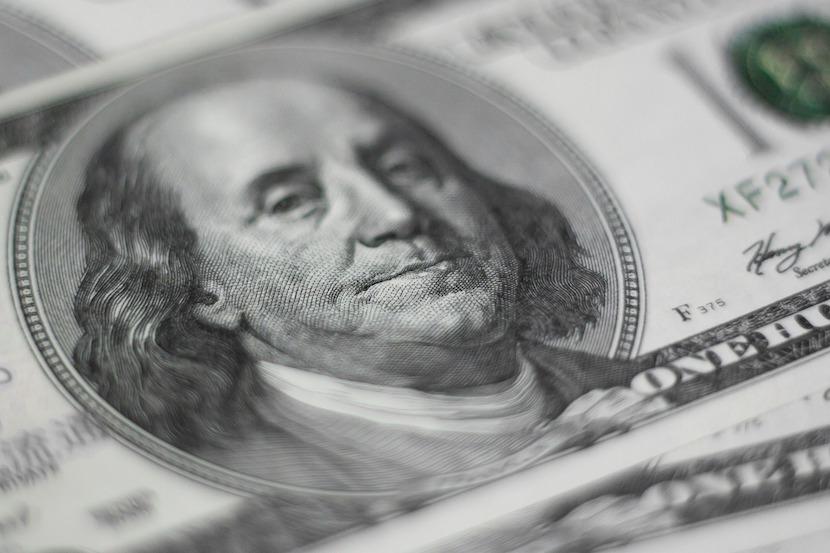 Another crazy week for Wall Street and global markets as the worst start to the year in stock market history continues. The end of quantitative easing and an imminent interest rate hike cycle has spooked markets, with inflationary concerns driving fear. The more speculative growth stocks that were the winners during the pandemic have reversed much of their gains as investors sway to safer investments. Investor attitudes have done a U-turn, with meme stocks and speculative cryptocurrencies no longer the order of the day. Even the large-cap technology titans of the West, those healthy profitable businesses, were sold off in January. Netflix’s results, which beat consensus estimates on nearly every metric besides forecasted subscriber growth for Q1 2022, sold off by more than 20% after the announcement. This underpins the current chaos and uncertainty in the market. Apple, the largest company by market capitalisation in the world, announced its results after the bell in New York last night. They were superb … record numbers on every level. An earnings miss would’ve thrown the cat among the pigeons in the market. However, the strong results may pave the way for a change in investor sentiment. – Justin Rowe-Roberts

Behind the Stock Market Turmoil: A High-Speed Investor U-Turn

By Gregory Zuckerman, Gunjan Banerji and Michael Wursthorn of The Wall Street Journal

The Federal Reserve is about to end America’s era of easy money. That is prompting investors to reverse course on two years of investing strategies, kicking off this month’s broad market rout, the worst selloff since the early days of the pandemic.

Major US stock indexes have dropped between 6% and 15% in January, through Thursday, with some investor favourites during the pandemic—including Covid-19 vaccine maker Moderna, Peloton and Netflix — falling around two or three times as much. Wall Street’s fear gauge, the Cboe Volatility Index of expected market swings, has almost doubled this year. Some well-known hedge funds are down 10% or more, said people familiar with the results.

Driving the tumult are expectations the Fed will raise interest rates for the first time since 2018, likely setting off a series of increases over the next couple of years. On Wednesday, Fed officials gave their clearest indication they could boost rates in March and beyond. At the same time, government policies to put money in the pockets of consumers are waning.

In response, investors are changing strategies they have ridden hard for almost two years, rattling stocks, bonds and cryptocurrencies, all of which soared during the age of pandemic stimulus.

Girding themselves against the impact of tighter money, investors are shifting to investments that feel safer, such as dividend stocks and gold exchange-traded funds. Indeed, some high-dividend funds have outperformed this year, including the Invesco High Yield Equity Dividend Achievers ETF, which is flat so far in January.

Individuals who were big purchasers of hot stocks and bullish call options, which give holders the right, but not the obligation, to buy shares at a certain price, are also reversing their approach. Some are dabbling in staid broad-market index funds as well as bearish put options, which confer the right to sell shares at a stated price by a specified date.

While higher interest rates aren’t likely to seriously crimp economic growth, at least over the next few months, a turnaround in investor attitudes is already being felt and is likely to continue to ripple through markets in unpredictable ways.

“People’s bank accounts surged and many put the money into the market, but the stimulus has ended and rising rates are likely,” said Rob Arnott, founding chairman of Research Affiliates, an asset management firm based in Newport Beach, Calif. Over the past few years, many investors used market dips as opportunities to buy stocks. Some are still doing that. This week, hedge-fund investor William Ackman said his firm had acquired 3.1 million shares of Netflix after the stock’s recent tumble.

But Mr. Arnott and others urge caution. “Sell the surges,” he said, “don’t buy the dips.”

Though recent days have brought better tidings, including the Dow industrials’ rebound from a more than 1,000-point decline, many investors worry January will mark the beginning of an extended period of stock-market turbulence. Major stock benchmarks gave up earlier gains Thursday, closing lower.

The first signs of trouble surfaced last year, centering on some of the most speculative investments. The SPDR S&P Biotech exchange-traded fund, known by its ticker symbol XBI and which includes both large and small biotechnology shares, fell 36% from a high in February 2021 until the end of December. A widely watched basket of unprofitable technology shares tracked by Goldman Sachs dropped nearly 23% in the last two months of 2021. Many special-purpose acquisition companies, or SPACs, fell sharply in the second half of last year after a big run-up.

Those investments are still dropping. Yet so, too, are many larger, higher-quality companies in the wake of investor fears that an economic slowdown or recession might result from the Fed’s expected rate moves. A potential military confrontation over Ukraine has also shaken nerves. As a result, investor concern has moved from places where it would be expected—speculative assets—and into the mainstream.

Computer-chip maker Nvidia and media giant Walt Disney are expected to make billions of dollars of profits this year. Yet Nvidia and Disney in January are down 25% and 13%, respectively, reflecting in part Nvidia’s sharp rise in recent years and investor concern over Disney’s capacity to produce stronger profits.

“Quality companies outperformed earlier this year as investors fretted about the Fed,” says Jack Ablin, chief investment officer at Cresset Capital in Chicago. “Recently, though, they’ve been underperforming the markets” as investors cash in profits from stocks that soared in recent years, he said.

For much of 2021, traders shelled out billions of dollars on call options tied to highfliers such as Tesla, Amazon.com, Apple, Nvidia and meme stocks. At times, these trades, which give investors the right to buy shares at a later date, helped magnify the giant one-day gains in individual stocks that became a feature of markets in the Covid-19 pandemic.

“The higher we went, the crazier we got, and the excess continued,” Charlie McElligott, a managing director at Nomura Securities International, said of last year.

But on Friday, Jan. 21, as the S&P 500 finished its worst week since March 2020, bearish put options trading raced past bullish call options activity and hit a record.

“Friday, something kind of broke,” Mr. McElligott said. “There was just, the first real kind of escalation of real fear in the market.”

One measure of call-options activity among individual investors recently fell to the lowest level since April 2020, according to Stuart Kaiser, a strategist at UBS Group AG . Tech-option activity also has dwindled.

Shares of companies that soared during the pandemic, including Apple, Amazon and Netflix, have been among the companies weighing on the S&P 500’s performance the most through Tuesday. Meme stocks GameStop and AMC Entertainment Holdings have lost more than 37% to start the year.

The suffering spans a range of investors, including prominent hedge funds. Tiger Global Management and Whale Rock Capital Management both have faced losses of more than 10%, according to people familiar with the firms. Biotech-focused Perceptive Advisors was down 20% through the first three weeks of the year, these people said.

Some see the recent selloff as healthy for a market whose value has doubled by some measures in just a few years. In this view, the pessimism among consumers and newly bearish attitudes among investors are, in fact, bullish signs, partly because they suggest buying could re-emerge if news on inflation or Ukraine turn reassuring.

“Stock market corrections generally happen when optimism is rampant, excitement about the future is palpable, and behaviors are accordingly reckless,” said Jim Paulsen, chief investment strategist at the Leuthold Group. “Such is not the case today,” he said, noting that investor and consumer confidence are at low levels.

In one sign of caution, though, investors over the past week have put more money into gold exchange-traded funds than any other ETFs, according to FactSet. Gold is sometimes seen as a haven in times of turmoil. Much of that money has gone into the SPDR Gold Shares ETF, followed by inflows into large-cap value funds, which seek to buy shares deemed underpriced.

Investors have warmed to energy companies they shunned during the first year of the pandemic, such as Exxon Mobil and Chevron , which have posted double-digit gains in their shares, helping to offset losses in the S&P 500, as oil prices rise and investors turn to companies with more reliable earnings.

The market remains expensive but perhaps not excessive, especially if interest rates don’t soar. As of Wednesday’s close, the S&P 500 traded at a price-earnings multiple of 22.3 based on earnings over the last 12 months, above its 10-year average of 19.2, according to FactSet.

Still, if the market continues to weaken, it could pressure companies that rely on selling shares to help keep their businesses going or those hoping to go public, investors said, including some younger biotech companies.

There are other signs the tumult could subside. In recent years, bouts of turbulence have been short-lived. That has made hedging portfolios for prolonged periods a costly tactic that can eat away at returns, and pushed traders to instead take advantage of volatility.

There are a number of portfolio managers who haven’t managed money when both rates and inflation are rising, adding to the volatility, said Nancy Tengler, chief executive of Laffer Tengler Investments. She managed to benefit from the turmoil by having a hedge in place for client portfolios that involved put options on the SPDR S&P 500 ETF Trust.

Earlier this week, her firm sold some of those options after they had gone up handsomely, she said. Laffer Tengler has also picked up some favored shares for clients, including in the tech, industrial and energy sectors.

Some investors who were trading put options in recent sessions appeared to be closing out of their positions for a quick profit, in anticipation of a potential bounce, rather than buying new stock insurance that would protect against a continued downturn, traders said.

Others jumped into the market on Monday, when the Nasdaq fell by as much as 4.9% around midday, to buy shares or sell options, a bullish trade that could profit if stocks rebounded, traders said. This may have helped exacerbate the wild trading that day, in which the Nasdaq ultimately posted a modest gain, and the Dow clawed back losses of more than 1,000 points.

Individual investors have still been buying small dips in tech, finance and energy stocks, according to Giacomo Pierantoni, head of data at research firm Vanda Research. Net inflows from individual investors into all U.S.-listed stocks and ETFs have averaged $1.4bn a day so far in January, up from $1bn a day in December, Vanda data shows.

Individual investor appetite has waned for some once-hot technology stocks. Since December, the daily buying by individuals of stocks such as Apple, chip maker Advanced Micro Devices and Chinese electric-car maker NIO has fallen, according to Vanda. Meanwhile, individuals have stepped up purchases of Ford, Microsoft Corp. and some popular index funds such as the SPDR S&P 500.

Mark Stoeckle, chief executive of fund manager Adams Funds, and his team has been eyeing a number of stocks hit by the pullback, including shares of some medical technology companies. Some look more attractive than they did in December. But with open questions about inflation and the Fed’s pace of rate increases, he has remained on the sidelines.

“I would rather wait and give up a little bit than jump into the unknown,” he said.