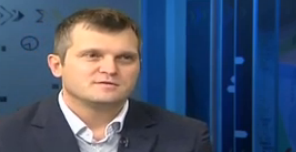 that it is today. They’ve done a lot of hard work in turning that business around. Premium Brands have done a lot of work. ALEC HOGG: You’re drinking the Kool Aid, hey. SASHA NARYSHKINE: Drinking the Kool Aid… Well, we are Woolworths shareholders. ALEC HOGG: Well, there we go. GUGULETHU MFUPHI:  Sasha, calm down. SASHA NARYSHKINE: I’m always calm. GUGULETHU MFUPHI:  You’re always calm. Just to wrap things up, the market performance has always been on quite a steady run at fifty-one-thousand points and above, as we’ve seen consistently over the last couple of days. Is it still overvalued or should we just enjoy the run – the bull market? SASHA NARYSHKINE: What was interesting was that I saw tweet from [Edy Olsebauer? 08:40], a prodigious blogger in the U.S. He said ‘eek, valuations in the S&P have gone from fifteen-and-a-half to sixteen-point-six. Everyone run’. ALEC HOGG: We’re at eighteen-and-a-half, I think. SASHA NARYSHKINE: We’re at eighteen-and-a-half, so as long as you have the growth rates, which I think, you are seeing… There are segments and spots in the market where you’re not seeing the growth come from, but remember that our market is now largely driven by a lot of companies that have a big international presence. I’m not too concerned about overall market. I think you have to look at your business, specifically. ALEC HOGG: You don’t need to start selling your Satrixes or your index trackers because most of that is actually offshore exposure anyway. SASHA NARYSHKINE: Exactly. ALEC HOGG: It’s a nice hedge against the Rand, which is probably the one thing you’d be a little concerned about, rather than with all the knock-on effects of what we’re seeing in our country. SASHA NARYSHKINE: Dead right. ALEC HOGG: Sasha, we didn’t get to talk about Curro, but maybe you can just throw your five cents in there – big rights issue. SASHA NARYSHKINE: Again, as with DSTV, when you’re operating against the government and that’s your alternative in low-cost private school education, there’s an enormous amount of room for growth. Whilst that company looks completely overvalued from an earnings point of view, in due course and time, whilst they’re on this acquisition spree, many positive things can come out of Curro in the next five to ten years. If I were a shareholder there, I would stay the course. GUGULETHU MFUPHI:  Well, we’re also aware of the bookbuild by PSG. They’re no doubt going to invest some of that capital into Curro. We will continue with this discussion with Sasha after the break when we focus on Naspers’ full-year results. Don’t go anywhere.