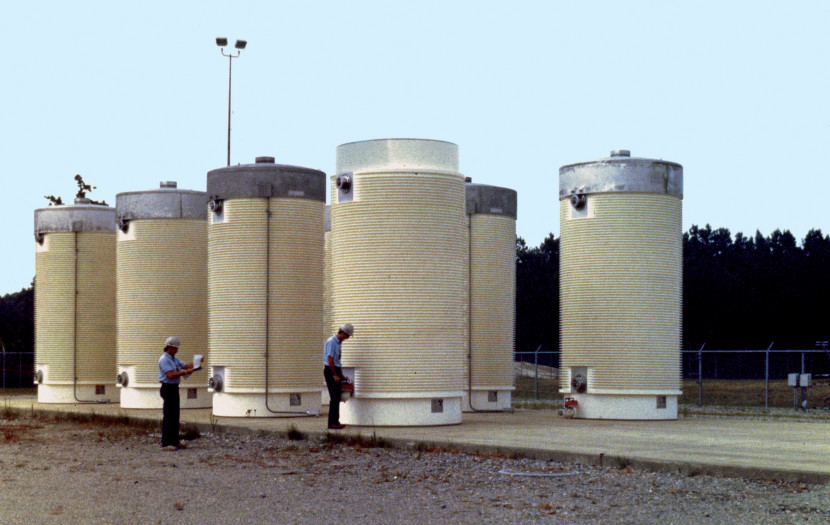 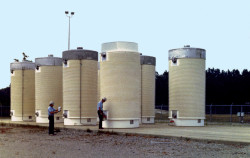 (Reuters) – South African power utility Eskom, struggling to meet demand in Africa’s most developed economy, is to pay an estimated R200 million ($15.6 million) for the supply of nuclear waste storage casks to keep its Koeberg plant running beyond 2018. The seven new reinforced metal casks to be supplied by US energy company Holtec International are the first step of a three-phase project to create more storage space at Koeberg, which is Africa’s only nuclear power plant, situated about 35km from Cape Town.

Eskom, which regularly has to turn off the lights to industry and homes to protect the national power grid from collapse, said that Koeberg’s two 900 megawatt (MW) reactors need additional storage to accommodate spent fuel assemblies beyond 2018. Koeberg produces about 32 tonnes of spent fuel a year but its spent-fuel pools, where assemblies are cooled under water for a decade, are 70 percent full. The fuel assemblies contain radioactive materials including uranium and plutonium, which can remain dangerous for thousands of years.

“Additional space will be created by moving spent fuel from spent-fuel pools into dry spent-fuel storage casks,” an Eskom spokesman said on Wednesday. Phase two of the project will procure a further 30 to 40 dry storage casks before a final phase in which an on-site transient interim storage facility will be built by 2019.

“An off-site central interim storage facility is planned to be available by 2025 (and) dry storage casks will be transported from the interim storage to this facility,” Eskom said.

Low and intermediate-level radioactive waste is transported by road hundreds of kilometres away to the desolate Vaalputs repository, which Eskom favours as the central interim storage facility. SA is considering a range of final storage options, including recycling high-level waste or storing it deep underground, as it plans an ambitious nuclear power expansion to generate an additional 9,600 MW by 2030.