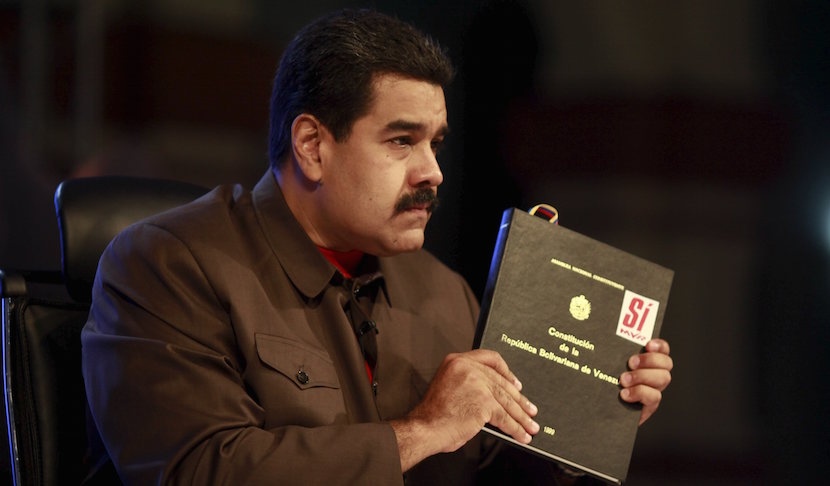 (Bloomberg) — Venezuela will see its economy shrink more than any other country in the world this year as lower oil prices drain government coffers, according to the International Monetary Fund.

If the IMF is correct and Venezuela’s economy contracts 10% this year, it’d be the biggest drop since Central Bank records began in 1950.

“Venezuela is projected to experience a deep recession in 2015 and 2016,” the IMF said Tuesday in its World Economic Outlook. The country’s real gross domestic product probably will contract 10 percent this year and 6 percent in 2016, it said.

President Nicolas Maduro’s policy response to the economic crisis remains paralyzed ahead of congressional elections set for Dec. 6. The bolivar has slumped to 792 to the dollar on the black market, while the official rate remains at 6.3. The government has also maintained fixed prices for staple foods, even as supplies run out in many shops and prices for other goods soar. Inflation in Venezuela, already the fastest in the world, will average 159 percent in 2015 and increase to 204 percent next year, the IMF said.

Among other countries expected to face economic contractions this year as the global economy expands 3.1 percent are Greece (-2.3 percent), Brazil (-3.0 percent), Russia (-3.8 percent) and Ukraine (-9.0 percent), according to the IMF.

The price Venezuela receives for its oil exports, which accounts for about 95 percent of foreign currency earnings, has fallen 52 percent in the past year, according to data compiled by Bloomberg.