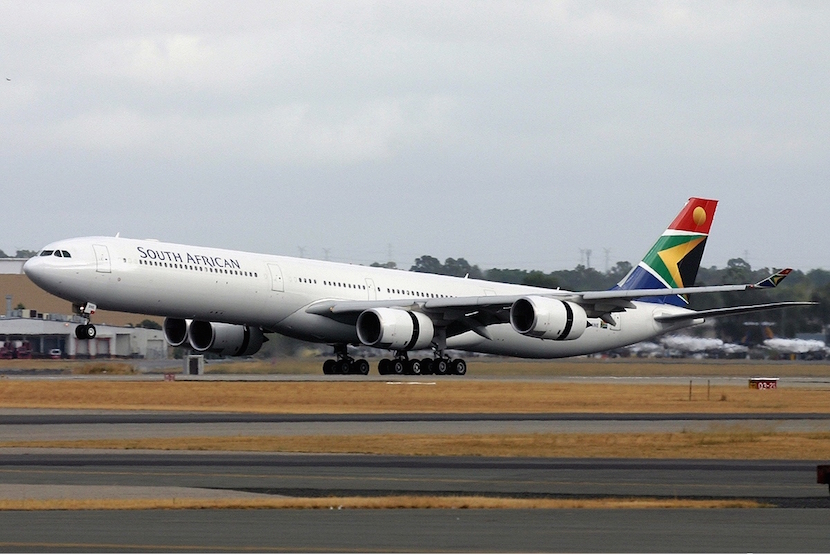 Airline spokesperson Tlali Tlali said this step was “pursuant to a forensic investigation by ENSafrica into various allegations that were received through the Deloittes Tip Offs hotline”.

According to Tlali it was deemed that the tip-off allegation had enough substance to suggest that Bosc “doctored the numbers for Abu Dhabi to favour the opening of this route and sold SAA out”.

SAA, therefore, alleges that Bosc knowingly made misrepresentations to the board by overestimating the figures without substantiating these and ignored network specialist advice”.

Tlali said the investigation confirmed that Bosc had approved a business case to open a route between Johannesburg and Abu Dhabi. Bosc had input into this business case and had approved it and presented it to the SAA board of directors for approval.

The goal was to use this new route as a gateway to the Far East for SAA passengers into China and India, and would operate at a substantial profit, as the current routes into those destinations were causing losses to SAA in excess of R400m per annum.

SAA has had a Code Share Agreement with Etihad Airlines, which commenced in the 2013/2014 financial year, and is still in operation, which indicated that the passenger fares generated from this route are substantially lower than estimates put forward to the board and the minister, according to Tlali.

A former SAA international network planner had allegedly previously warned Bosc that the “exaggerated fare price” that Bosc had used in the calculation, would not be achieved, and that this would cause further losses to SAA.

“Mr Bosch elected to ignore that advice, which subsequently was proven to be correct and the selection of the Abu Dhabi network resulted in substantial continuous losses to SAA,” said Tlali.

“The submission to the Board by Mr Bosc amounted to an overestimation of the projected revenue figures and ignored network specialist advice who had advised that the Abu Dhabi route would run at a substantial loss.”