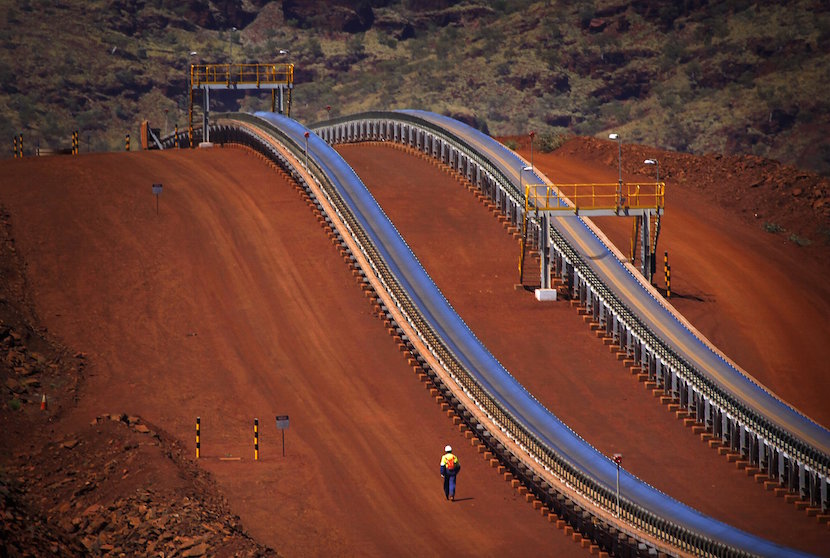 (Bloomberg) — Iron ore prices are likely to post the biggest loss among metals this year as low-cost supply continues to outstrip consumption, according to the World Bank, which cut its forecasts through 2020.

Iron ore demand is nearing its peak and prices will average $42 a metric ton in 2016, a drop of 25 percent from $55.80 last year, the Washington-based lender said in its quarterly outlook Tuesday. In comparison, nickel is due to fall by 16 percent and copper by 9 percent, it said. In October, the bank had forecast 2016 iron ore prices at $59.50.

The steel-making ingredient trades at less than a quarter of its 2011 peak and last month plunged to the lowest level in more than six years as the slowdown in China restricts demand from the biggest user. The global market is set to see a further jump in supply, with the largest miners including Brazil’s Vale SA and Rio Tinto Group and BHP Billiton Ltd. in Australia increasing output to build market share.

“Global seaborne iron ore demand may be nearing a peak due to China’s transition to a less-metal intensive economy,” the World Bank said. “New low-cost iron ore capacity continues to come online in Australia and Brazil, and is forcing closures of higher-cost mines in China and elsewhere.”

The World Bank said risks to its price forecasts include further economic slowdown in China and extra supply spurred by cheaper production costs and weakening producers’ currencies. Of other metals, the bank said lead would post the smallest decline in 2016 at less than 1 percent.