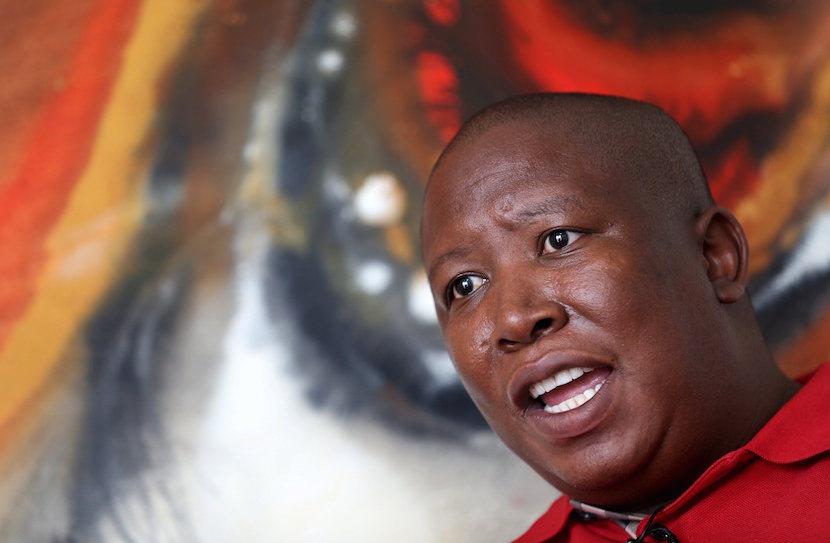 Parliament – The opening of Parliament collapsed into chaos on Thursday evening, with a red sea of EFF MPs taking over proceedings and chanting “Zupta must fall”.

“He [Zuma] has stolen from us,” Malema shouted.

He added, “You are prepared to remove a whole party which has been elected by the people… [to protect] one man.”

All the Economic Freedom Fighter MPs then stood up, fists in the air, chanting with Malema.

As they left the chamber, one MP shouted, “When we come back next time, you will not be our president.”

After they left, Zuma stood up as if nothing had happened, and continued with his speech.

“Zupta” is a reference to Zuma’s close links with the influential Gupta family who secured an interdict against the EFF this week. – News24