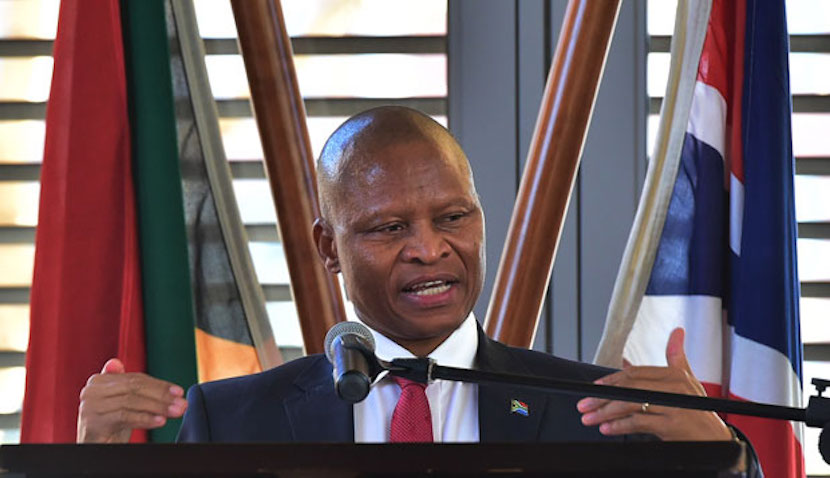 Cape Town – No one is above the law and no state authority is immune from being held accountable.

This is one of the key points that Chief Justice Mogoeng Mogoeng highlighted in an interview with Netwerk24 on Thursday – a week after his Nkandla judgment in the Constitutional Court.

“Should you be allowed to do whatever you want without consequences, just because you are a politician? The answer is no. No one is above the law,” he said.

Mogoeng was in Cape Town this past week for the Judicial Services Commission (JSC) interviews with prospective judges.

Various politicians on the JSC have grilled candidates on the independence of the judiciary and on whether measures should be put in place to hold the judiciary accountable.

“I’ve been making the point since I was appointed and many people misunderstood. Judges shouldn’t only be independent of leaders of the executive or of Parliament.

“They should be independent of any person or body which has the potential to influence them excessively. That includes big businesses, opposition parties and even the media,” he said.

“Nobody should be able to come to court with the certainty that they will get what they want, because only a corrupt and hijacked judiciary would allow that. And there shouldn’t be any possibility that anyone can hijack the judiciary.”

He was, however, serious about the separation of powers and that South Africans must understand that, in the same way that Parliament cannot dictate to the courts how to render rulings, he too could not dictate to Parliament how it goes about its work.

“The Constitution forbids us to interfere in each others’ affairs,” he stressed.

The Chief Justice said he did not think South Africans realised how important it was for judges to act without fear, favour or prejudice when delivering judgments.

Keep thinking back to when Mogoeng Mogoeng was appointed. Remember how we panicked that he was a 'Zuma Man'. Oh how he disproved that today.

“We should have no sympathy with the practice of corruption. It is something that must be abhorred and should be mercilessly eradicated. And we as judges, our language use should never be of such a nature that it comes across as sympathetic towards corruption.”

Mogoeng last week silenced many of his critics with his Nkandla judgment, which found that President Jacob Zuma and Parliament flouted the Constitution by ignoring the public protector’s findings. It also found that Zuma must pay for the non-security upgrades to his Nkandla homestead.

“I don’t want to be a hero. I am not trying to leave a legacy. That should never be a factor. One has a job to do and you are paid for doing that job every month and that is what I am doing,” he said.