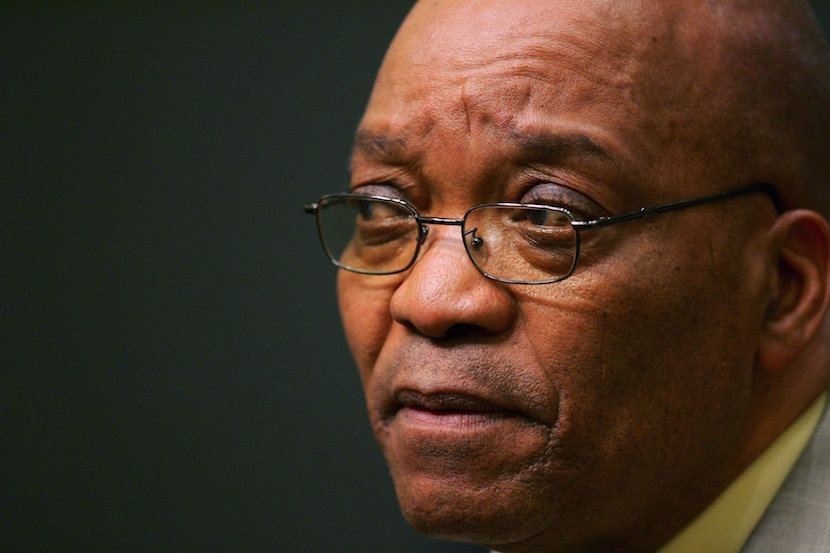 JOHANNESBURG, April 21 (Reuters) – South African President Jacob Zuma said on Thursday that an investigation into a major arms deal arranged by the government in the late 1990s had found no evidence of corruption or fraud as alleged by critics.

The 30 billion rand ($2.1 billion) deal to buy European military equipment has cast a shadow over politics in Africa’s most industrialised economy for years. Zuma was deputy president at the time of the deal.

“No evidence was found as well through the Commission’s own independent inquiries,” Zuma said in a televised address on Thursday.

His former financial adviser, Schabir Shaik, was found guilty and jailed in 2005 of trying to solicit bribes worth 500,000 rand a year for Zuma from a French arms company.

Then-president Thabo Mbeki sacked Zuma as his deputy after he was also implicated in the deal. It was alleged that Zuma had offered to protect the French firm from an investigation into an arms deal South Africa arranged in the late 1990s.

Zuma later ousted Mbeki to win leadership of the ANC. In 2009, a month after prosecutors dropped an investigation into more than 700 charges of fraud, corruption and racketeering against relating to the same arms deal, Zuma won a presidential election.

In 2011, he appointed a commission to investigate the arms deal.

On Thursday, Zuma said the investigation, which took four years, had found no evidence of widespread bribery, corruption and fraud in the selection of the preferred bidder to supply the arms, or of payment of bribes to officials awarding of the deal.

Zuma said the three-volume report on the investigation will be made public.