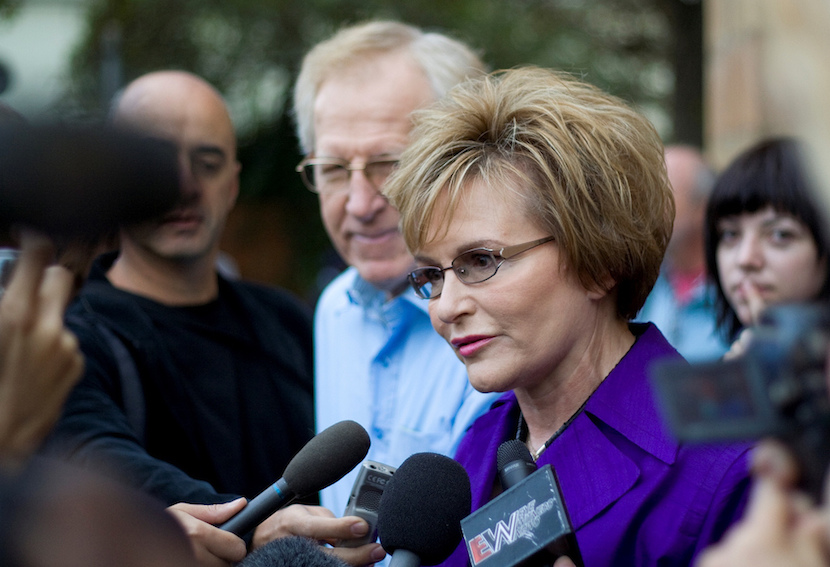 “The DA has a lot of experience in managing coalitions and I think we are quite good at it,” she told reporters at the provincial IEC centre in Cape Town.

“But we can’t make a general rule about coalitions for every single council.”

She said they would wait for the final results and then decide how to plan for each council.

A DA team would be assembled to make these decisions.

Zille and the party’s chair in the province, Anton Bredell, who is also local government MEC, beamed as they had quick private chat after the party had gained 63.97% of the provisional vote in the province by 10:15.

She said she was thrilled with the outcome in George, where the DA had provisionally secured 56.44% of the vote, to the ANC’s 28.1%. Most of the votes had been counted.

Read also: Pressly: Coalitions – the new political pickle. But who holds the joker?

At the end of last month, George Mayor Charles Standers resigned from his position with immediate effect, as well as from the DA.

He said he could not stand for, and had fought against, the corruption, and said the racism was wrong, created disunity, and affected service delivery.

Zille said people tried to do everything they could to unseat the DA.

“Our previous mayor was being investigated for serious allegations, left and started making allegations that we are all used to,” she said.

“But the voters see through that kind of thing now and it is great they weren’t fooled by it.” – News24