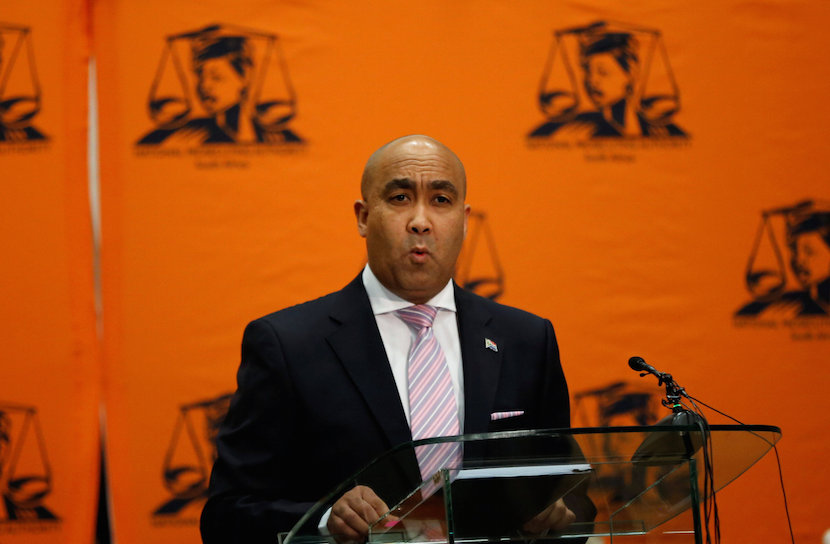 (Bloomberg) – South African National Prosecuting Authority head Shaun Abrahams said he is willing to review a decision to prosecute Finance Minister Pravin Gordhan on fraud charges if requested to do so. The rand gained.

“I am more than willing to review any matter if somebody applies to review that matter,” Abrahams told lawmakers in Cape Town on Wednesday. “Minister Gordhan can submit representations to me and ask me to review the matter and I would certainly look into the matter.”

Abrahams announced on Tuesday that Gordhan will be charged with fraud relating to the early retirement of a former colleague at the national tax agency that resulted in R1.1 million ($77,000) of allegedly wasteful expenditure.

The prosecutor said the decision to prosecute was made by the head of the NPA’s priority crimes litigation unit in consultation with the head of the regional prosecutor’s office, and he wasn’t personally involved.

“The NPA do not take matters to court if they do not believe there are reasonable prospects for success on prosecution,” Abrahams told reporters. “It would be completely irresponsible for me to discuss the merits of the matter. I implore you to wait for the trial.”

Gordhan says the charges against him are politically motivated and he has no case to answer.