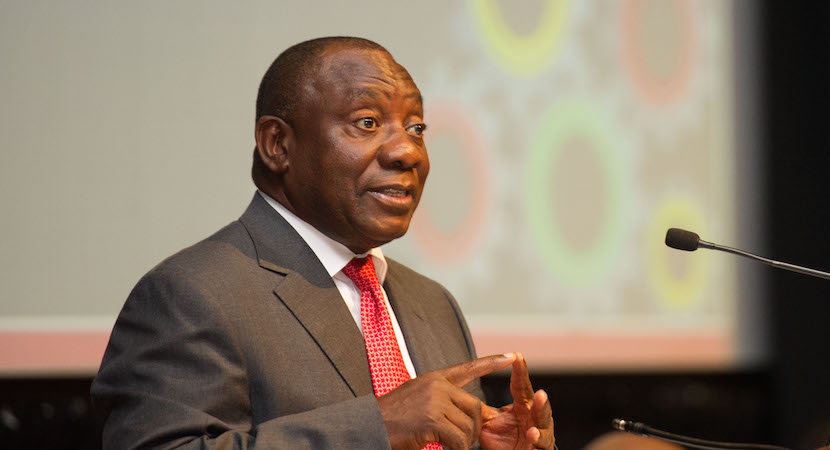 Ramaphosa said this during his solidarity message at the just ended Zanu-PF annual conference that was held in Masvingo.

“As ANC, we envy Zanu-PF and admire the manner in which the party holds its conferences with so many people gathered here, having serious political discussions on important issues that have to do with your own transformation process,” The state-owned Sunday Mail newspaper quoted Ramaphosa as saying.

According to reports, the conference was attended by more that 7 000 delegates.

Ramaphosa said the ANC also admired the manner in which President Robert Mugabe’s party continued to defend the gains of the southern African country’s revolution.

According to Eye Witness News, Ramaphosa also said that the ANC and Zanu-PF were “joined at the hip”, adding that Mugabe’s call for unity was also a message to the ANC.

The deputy president said he and his delegation would leave Zimbabwe greatly enriched by Mugabe’s speech.

In his keynote address on Friday Mugabe, 92, denounced indiscipline among members of Zanu-PF calling for his retirement and urged an end to factional feuding threatening to tear the party apart.

“Some say ‘we no longer want Mr Mugabe’. If you don’t like him what do you do then if the majority of the party still loves him?,” Mugabe said.

The nonagenarian has been in power since independence from British colonial rule in 1980. He has avoided naming a successor or laying out plans to retire.

He once joked that he would rule until he turned 100.

The absence of a clear successor has sparked infighting, including verbal exchanges on social media in recent weeks between factions angling for his position.

“As a party we must always speak with one voice and to our leaders, we so not run or organize matters of the party or settle our grievances through Twitter and Facebook,” the veteran leader said.