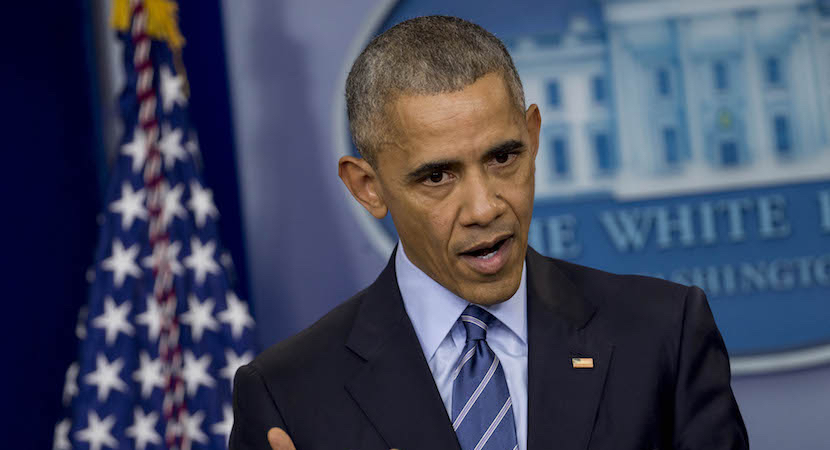 Washington – Outgoing United States President Barack Obama has extended sanctions against Zimbabwe by at least another year, a report said on Sunday.

This came as reports on Friday indicated that Obama’s administration was set to ease sanctions against Sudan and broaden now limited talks with the long estranged African government.

However, sanctions against Zimbabwe were to continue in “conformity with the Washington’s national emergency policies”.

The US imposed sanctions against Zimbabwe in 2000, after they accused President Robert Mugabe of trampling on human rights, rigging elections and repression of press freedom – accusations that the veteran leader denied.

The sanctions led to devastating economic challenges, with the country reportedly now sitting with about 85% unemployment.

According to New Zimbabwe, opposition parties in the southern African country welcomed the latest development, with a government minister, however describing it as “inconsequential”.

Deputy spokesperson for the Movement for Democratic Change (MDC) Thabitha Khumalo applauded the move, but said that the sanctions did not have the intended impact, as Mugabe was still able to travel to the US on a regular occasions.

“It is very good move but sadly these sanctions have not had the impact that was expected by the people because our understanding was that the sanctions were a travel ban but you will find that Mugabe is all over New York,” Khumalo was quoted as saying.

Another opposition spokesperson from the Tendai Biti led Peoples Democratic Party said that there was nothing wrong with the continued sanctions as Zimbabwe had not yet reformed its policies.

However, Higher Education Minister Jonathan Moyo said that the Obama administration had made no meaningful difference regarding its policy towards Africa.

He further expressed hope that the incoming Donald Trump administration would rebuild ties with Harare.

Moyo was among top officials who were slapped with a travel ban due to their association with Mugabe’s “brutal” regime.

In 2015, Obama reportedly  extended sanctions on Zimbabwe by another year, arguing that Mugabe and his cronies continued to undermine the country’s democratic processes.

At the time, a notice titled “Continuation of the national emergency with respect to Zimbabwe”, Washington also claimed that Mugabe was a threat to US foreign policy.

Said Washington: “The threat constituted by the actions and policies of certain members of the government of Zimbabwe and other persons to undermine Zimbabwe’s democratic processes or institutions has not been resolved”.

But, the extension of the sanction was described by Africa as being “senseless and meaningless”, said the report. – News 24