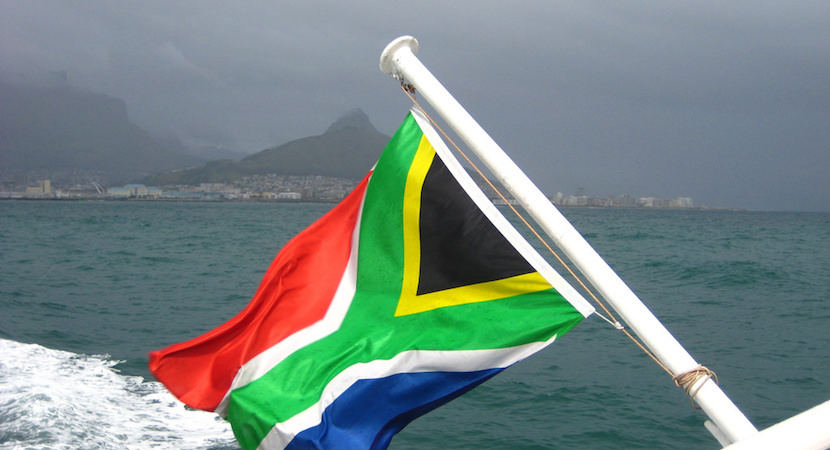 The 2016 International Corruption Perceptions Index was released yesterday. The index is compiled by the Transparency International Institute, which is based in Berlin, and evaluates corruption in 176 countries. The survey was first published in 1995. The data used to compile the index is sourced from independent institutions specialising in governance and business climate analysis. 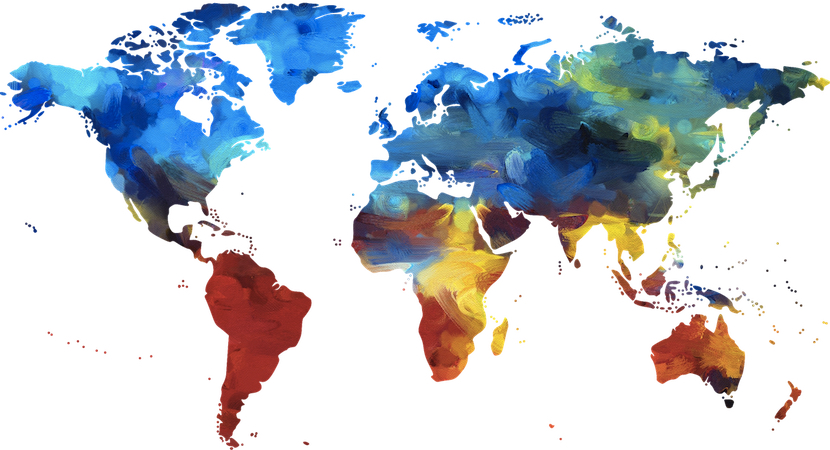 “In too many countries, people are deprived of their most basic needs and go to bed hungry every night because of corruption, while the powerful and corrupt enjoy lavish lifestyles with impunity.” José Ugaz, Chair of Transparency International.

In 2016 South Africa was ranked as the 64th most corrupt country in the world with a score of only 45 out of 100. This is slightly worse than the country’s ranking of 61st in 2015, but better than the 67th ranking in 2014. Sub-Saharan Africa is still ranked as one of the most corrupt regions in the world with almost 90% of the countries scoring below 50. Cape Verde (ranked 38th) is the most improved African countries in the 2016 index. Cape Verde held democratic presidential elections in 2016. It is no surprise that the independent electoral observer teams labelled the Cape Verde elections for 2016 as “exemplary”. Botswana (35th) was ranked as the least corrupt country in Sub-Saharan Africa. 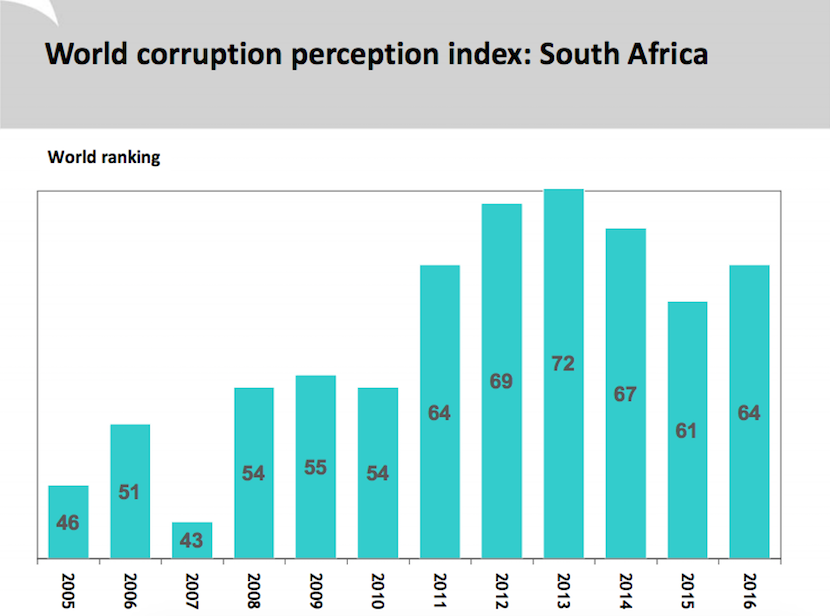 Corruption destroys lives and communities, and undermines the development of countries and institutions, leading to income inequality. It generates popular anger that threatens to further destabilise societies and exacerbate violent conflicts. It leads to failure in the delivery of basic services like education or healthcare. It derails the building of essential infrastructure.