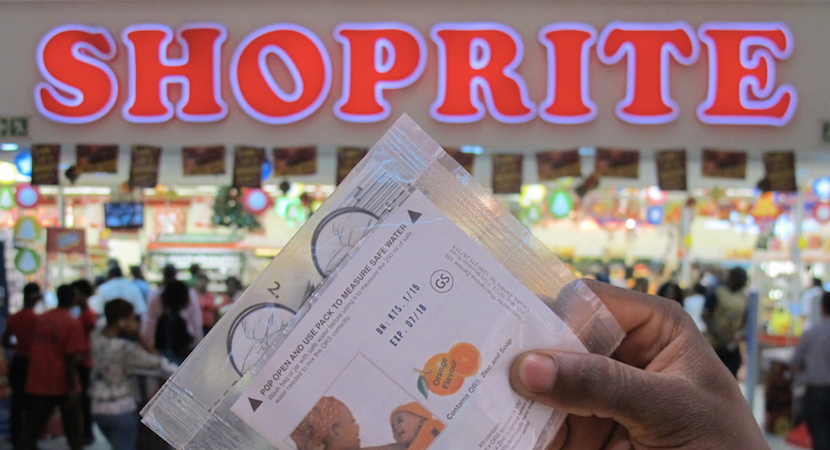 “To sustain our growth, we are constantly investigating the potential of new markets, not only in Africa but also on other continents,” newly appointed Chief Executive Officer Pieter Engelbrecht said in a statement on Tuesday. The Cape Town-based company has 2,653 stores across Africa, and said profit rose 11 percent to to R2.44 billion ($187 million) in the six months through December.

The shares rose as much as 5 percent in Johannesburg after soaring 8.6 percent on Monday when the plan to merge with Steinhoff was abandoned. That’s the biggest two-day gain on an intraday basis for more than decade. Shoprite is up 14 percent this year, valuing Africa’s biggest supermarket operator at R112 billion.

The company boosted profit as poorer South Africans struggling with high unemployment and inflation shopped at its cheaper Usave stores, the best performer among the retailer’s three supermarket brands. Shoprite also stepped up marketing activity, discounts and cost controls, while lessening the impact of a widespread drought on food inflation by subsidizing basic foods, the company said.

“We have structured the business to contend efficiently and profitably under market conditions such as those prevailing currently,” Engelbrecht said. “The second half of the year has started well for us and we are confident this trend will continue.”

Steinhoff and Shoprite end talks. Market celebrates. Both shares up over 7%. Whitey you don't have to go now.

Sales advanced 14 percent in the six month period, including 32 percent in the rest of Africa. The half-year dividend was raised by 15 percent to R1.80 a share.

South African supermarkets generate almost 80 percent of Shoprite’s total supermarket sales, demonstrating the need to expand internationally. The company also appealed to wealthier consumers through the expansion of its fresh and convenience food offering, which rose four-fold over the Christmas period.

Shoprite and Steinhoff abandoned talks after their biggest shareholders, including billionaire Christo Wiese, were unable to reach agreement on the share-exchange ratio that would have been applied to the deal.