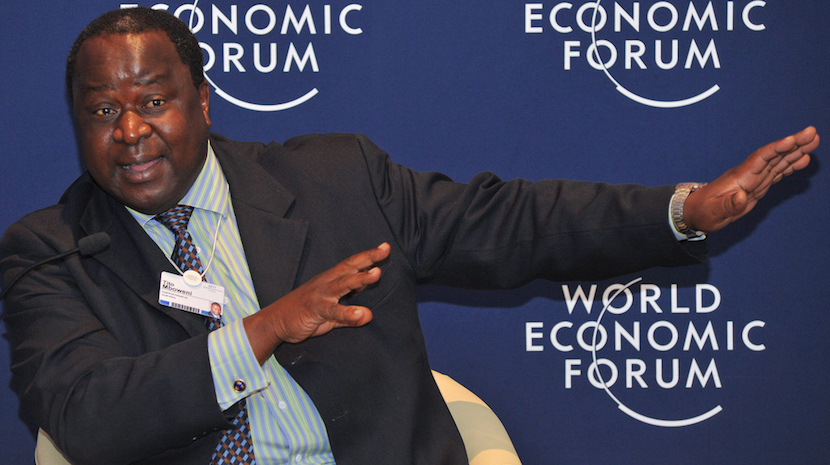 A Treasury spokesperson on Thursday confirmed that Mboweni’s term came to an end on July 2 after he served a two-year term.

While Mboweni was available to be re-elected, the Treasury spokesperson said the decision to appoint Mogajane to the role was in line with how other countries elected their board members to the bank.

“The other members of the bank (Brazil, Russia, India and China) select officials from their country’s Treasury to be non-executive directors, which is why Dondo Mogajane was appointed to the role,” the Treasury spokesperson explained.

This comes as Mboweni said he was “removed” from his role at the bank in a Facebook post on Wednesday.

“I was ‘removed’ by the South African government as a non-executive director of the Brics Bank last week,” he said. “They have their own logic and reasons for doing that.

“I served for two years and at the time of my appointment, I was told, via a letter from Minister Nhlanhla Nene, that the term was a renewable one. But alas, this has not been the case.

BRICS bank give Tito Mboweni a #VoteOfNoConfidence as a bank Governer.

The bank has fired him

“Fired, you might say! It’s OK. They are the government of the day after-all. They can do as they wish.”

He added in a comment to his post: “The government does not need to ‘supply’ reasons! They can decide based on their strategic plans. They don’t owe me or anybody an explanation.”

When President Jacob Zuma infamously removed Nene from his role as finance minister in December 2015, he said it was because he had nominated him to head up the African Regional Centre of the New Development Bank/Brics bank.

In a statement after the event known as NeneGate, Zuma said the urgency of the change in leadership of the National Treasury was “occasioned by the need to send nominations to Shanghai, of the head of the African Regional Centre of the New Development Bank/Brics Bank, to be based in Johannesburg”.

A year-and-a-half later, Nene is still waiting to be appointed to the role.