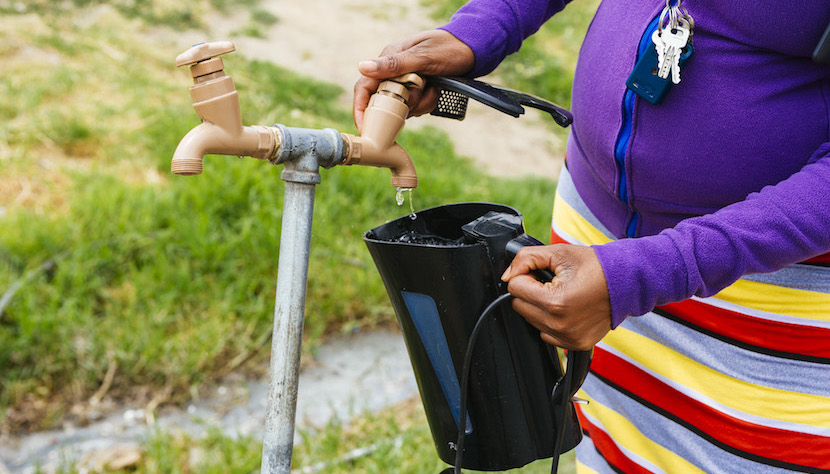 (Bloomberg) — Cape Town has brought forward by one week to April 22 its estimate for “Day Zero,” when the drought-stricken South African city will cut off water supplies unless residents reduce consumption and additional sources come online.

Today I can announce that the recent groundwater survey has confirmed that the aquifers around Cape Town will deliver more water than expected.

At least 150 million litres of water per day will be delivered by the Cape Flats, Table Mountain Group and Atlantis aquifers.

These are the preliminary findings:

Prime locations were identified to abstract more water from these three aquifers. Drilling rigs will be moved onto sites from this week in the Cape Flats aquifer zone.

Importantly, this action to help Cape Town get through the drought is based on an environmentally sensitive approach that will ensure sustainable water abstraction, ensuring generations of Capetonians will benefit from this groundwater supply.

This is the first time such an extensive mapping has been done and will ensure responsible use of groundwater through, for instance, the water recharge of these aquifers.

The projects form part of the City’s programme to supply additional water from desalination, water recycling and groundwater abstraction.

On the back of these encouraging findings, I’d like to emphasise that, over the past month especially, the City has been reviewing our initial programme to make additional water available. It has been an intense effort to find ways to revise our plan to make bigger volumes of water available at a lower cost for the benefit of all of our residents.

A key change has been the greater emphasis on additional water from groundwater sources. We will therefore invest more money in groundwater abstraction.

This phase of the plan therefore focuses strongly on the aquifer projects, the desalination plants at Monwabisi, Strandfontein and the V&A Waterfront which are all on track and under way.

We need to raise money to pay for these projects and, more importantly, to maintain our water reticulation system. To do this, we have proposed the drought charge and invited public comment. We’ve received some 45 000 comments to date.

Day Zero: Within 4 Months, Cape Town Could Become the 1st Major City in the World to Run out of Water – As Drought-Fueled Crisis Worsenshttps://t.co/Krs0yBhOjM #climate #africa pic.twitter.com/UCO6rrHPtV

We have listened to our residents and have decided to extend the comment period to midnight on Monday 15 January 2018.

I want to take this opportunity to explain to Capetonians how we are proposing to fund these initial projects and our water services. It really is vital in our efforts to beat the drought and to afford protection to our most vulnerable residents.

We remain committed to lessening the burden on our most vulnerable residents while at the same time ensuring that every Capetonian receives basic services.