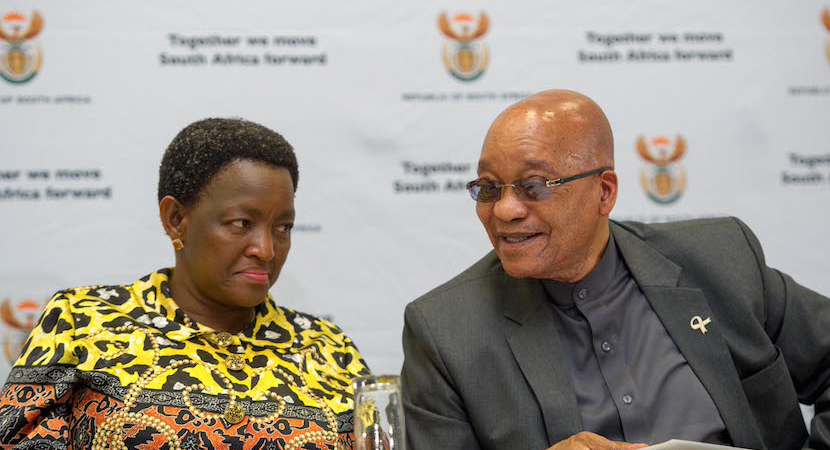 OUTA condemns, in the strongest terms, Social Development Minister Bathabile Dlamini’s ongoing manipulation of the needs of the poorest of the poor to suit her own agenda.

“The Minister and SASSA are refusing to prepare for the exit of Cash Paymaster Services and are instead continuing to entrench CPS’s position,” says Dominique Msibi, OUTA’s Portfolio Manager for Social Services and Special Projects. Msibi was commenting after reading the latest report by the South African Social Security Agency (SASSA) and the Minister to the Constitutional Court.

SASSA acting CEO Pearl Bhengu and the Minister told the Constitutional Court in their December report that they need their legally invalid contract with CPS to run for “at least” another six months beyond the Concourt’s already extended deadline of 31 March 2018. This is to ensure that all the grants will be paid after 1 April 2018, they say.

“This delay makes the situation even worse and appears to be an attempt to force the Constitutional Court to accept an extension to the illegal CPS contract,” says Msibi.

The SASSA report says CPS is needed to make the cash payments to 2.894 million beneficiaries. Some may be paid through the Post Office but SASSA wants to keep CPS “for at least six months during the transition”.

“SASSA is still promoting cash as an option, which is clearly intended to motivate the retention of CPS,” says Msibi.

SASSA also wants CPS for electronic payments. The report hints at trying to keep on CPS as a sub-contractor through Grindrod Bank, saying that the electronic payments into 5.777 million beneficiaries’ accounts with Grindrod Bank need a CPS “electronic signature” which thus requires an agreement between Grindrod and CPS. SASSA has already extended the validity of the Grindrod cards to December 2018, which is a clear indication it plans to use CPS for this.

Dlamini Zuma points out, rightfully, that white men own most industries. Her sidekick Bathabile Dlamini, for example, gave SASSA to a white dude. Must be mad awkward on that stage right now.

“Minister Dlamini has continuously and systematically flouted all efforts to arrest her devious, underhanded and unscrupulous manipulation of the system that is meant to ensure poor families can put food on the table. It is this very real need that she is using to keep money flowing to CPS. South Africa cannot afford to have any of the 17.3 million grants go unpaid,” says Msibi.

“So, by shrewdly, continuously frustrating the exit of CPS at the 11th hour each year, she has managed to make it appear as if CPS is indispensable in delivering social grants. This behaviour by a senior public servant whose duty is to uphold the Constitution in nothing short of despicable.”

OUTA urges the Constitutional Court to prevent any further extensions to the illegal contract with CPS and to hold Dlamini personally accountable for creating the parallel process that enabled her and her supporters in her department to engineer the grants payment crisis.

“We can’t wait to see how the Concourt responds when SASSA and the Minister finally bring their intended application to extend CPS again. They are clearly stating that they are going to fail to deliver on the Concourt’s directive,” says Msibi.

“The only logical explanation for this is that SASSA and the Minister have deliberately engineered this situation.

“It is absolutely critical that grant beneficiaries receive their lifeline without fail, but unfortunately it is the very enabler of these grants who is endangering them.”

OUTA is a proudly South African non-profit civil action organisation, comprising of and supported by people who are passionate about holding government accountable and improving the prosperity of South Africa.